Rendon Continues Tear; Is It Possible For Yelich, Bellinger To Both Lose 2019 NL MVP? 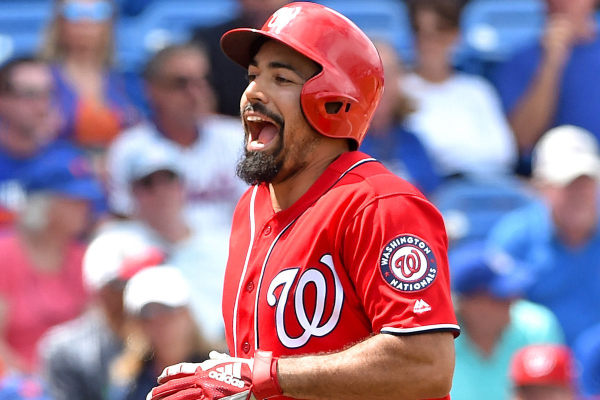 Every great race needs a darkhorse to add another layer of intrigue, and Nationals third baseman Anthony Rendon is playing the part in this year’s National League MVP race.

Thus far, the accolade for the NL’s most valuable player has felt like a two-man race between the Dodgers’ Cody Bellinger and the Brewers’ Christian Yelich. While both sluggers remain the frontrunners, Rendon has made himself impossible to ignore with a strong second half and a blazing hot last 20 games.

With an end-of-the-year run similar to that of Yelich in 2018, Rendon isn’t just back in the conversation after only Bellinger and Yelich occupied the list of candidates on Aug. 6, but Rendon has potentially brought the NL MVP award within reach.

While Bellinger has the advantage of leading the 91-50 Dodgers to the best record in the National League, Rendon can make a huge statement in his bid for MVP if he can help the 78-59 Nationals chase down the 86-54 Braves, who lead the NL East by 6.5 games.

If not, a playoff berth looks likely for a Washington club in front of the Wild Card race, powered by a very hot Rendon right now.

Is a Rendon MVP a possibility with Bellinger and Yelich having monster seasons? Let’s compare.

MVP Candidates: By the Numbers

While Bellinger and Yelich have been the favorites for NL MVP all season long, starting with Bellinger’s .431 average, 14 homers, and 37 RBI by April’s end, Rendon’s season has been nearly as impressive when you dig into the numbers.

Rendon concedes the advantage to his fellow MVP candidates when it comes to wins above replacement, but there’s no denying that Rendon has earned his place in the MVP conversation according to the statistics.

Lately, there hasn’t been much of a contest: Rendon has been on fire.

Over the past 20 games, Rendon has helped the Nats to a 16-4 record while batting .444 with seven home runs and 21 RBI. His current pace has brought him closer to the MVP race leaders, but he’s been very good since the All-Star break.

In fact, Rendon’s second-half surge has been similar to that of Yelich, who came out of nowhere in the second half of 2018 and ended the year with 29 of 30 first-place votes for the NL MVP.

Let’s take a look at how the odds of Bellinger, Yelich, and Rendon have progressed over the past few months.

As you can see, Rendon wasn’t even a part of the odds for NL MVP in the first week of August. Since then, he’s made sure he won’t be forgotten.

Coming into Wednesday, Bellinger remains the odds-on favorite at 1/3, while Yelich follows behind at 3/1. Returning to the list of candidates is Rendon, who sits on 11/1 odds.

So, is it possible for Bellinger and Yelich to miss out on the 2019 MVP award? If Rendon can keep up his freakish pace and match or surpass Yelich’s second-half numbers from a year ago, it’s certainly not out of the realm of possibility.