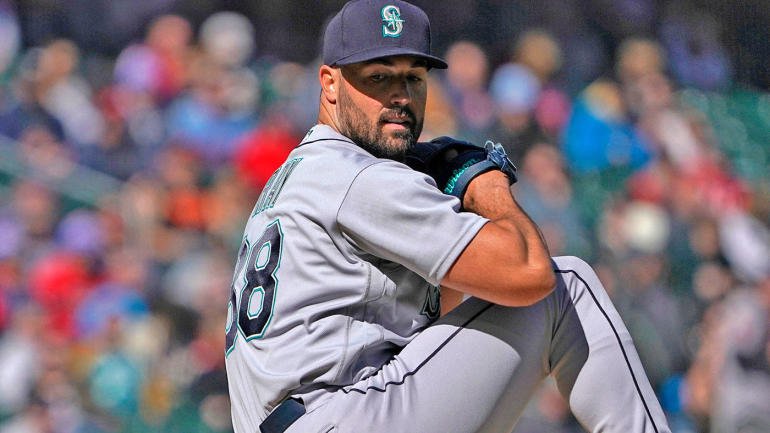 After losing three series in a row, a trip to Oakland has proven to be just when the Seattle Mariners needed. Will they finish up their trip to the Bay Area with a sweep of the A’s?

Seattle went into this series with just two wins in their last ten games, but they have made the most of their matchup with the AL West’s worst team, bashing the A’s 8-2 on Tuesday and 9-0 last night.

Now comes the hard part, which is sweeping a series for only the second time this season. Their only other sweep this season was in April, when they took all three at home against the Kansas City Royals.

But things are set up about as well as they could be for the Mariners to break that drought, as their big-money ace, Robbie Ray, gets the starting assignment on the mound for today’s matchup and is coming off of his best two-start stretch of the season.

It’s too late at this point for Ray to get into All-Star consideration, but after a disappointing start to life in Seattle, last year’s AL Cy Young Award winner is showing the stuff that helped him win the award.

Ray was excellent in his Mariners debut and had three quality starts in his first four starts this season. But over his next eight starts, he managed just one quality start.

But after not going seven or more innings in eleven straight starts, Ray went seven innings in each of his last two starts.

And after seven shutout innings against the Boston Red Sox went unrewarded, he picked up Seattle’s only win in last week’s five-game series with the Los Angeles Angels by allowing only one run, three hits, and one walk and striking out ten in seven innings in an 8-1 win.

It is very, very, very highly probable that Montas will not be in Oakland after the trade deadline, and with the stuff he has, his performances aren’t really going to be a decisive factor in how much of a market he has.

So, it only matters so much that he is not having a spectacular June, as he has allowed 14 runs–just nine earned–and 24 hits and has a 4.78 ERA in three starts this month.

But you can’t afford too many mistakes when you’re not getting a ton of run support, and that continues to be a problem for him at home.

He has a 3.00 ERA in ten home starts, but he is winless in his last nine home starts thanks in large part to the A’s scoring two or fewer runs in eight of those starts, including seven in a row. In those seven starts, Oakland has been outscored 30-6 and has lost by multiple runs in each game.

With Ray on the mound for the Mariners, look for that to continue and for Seattle to break out the brooms with another comfortable win.