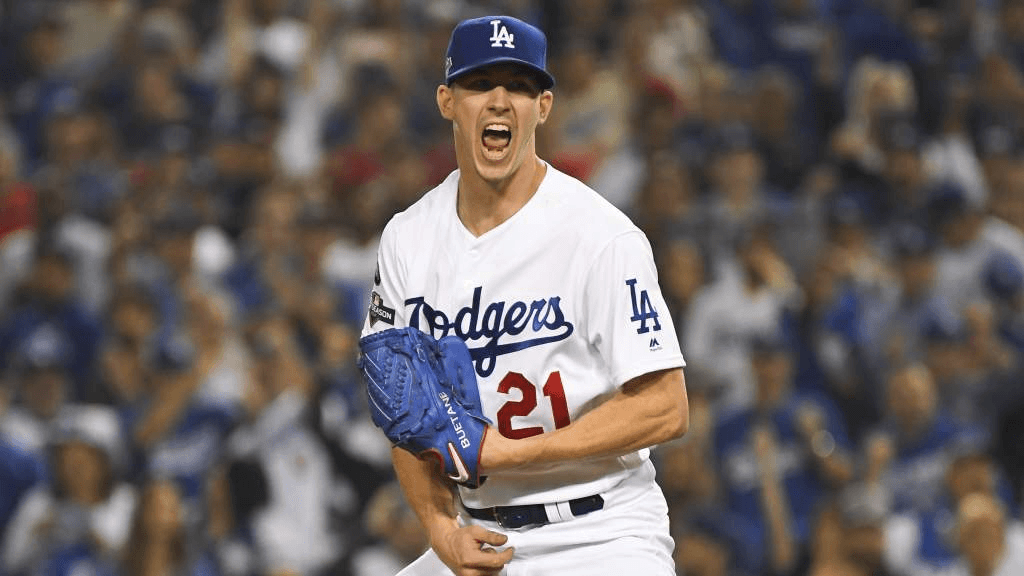 Anticipation abounds heading into the upcoming weekend of MLB betting action, as the Los Angeles Dodgers and San Diego Padres square off for the first time this season. The Dodgers are favored to repeat as World Series champions, but the Padres are the second favorite to win the NL pennant. The latest MLB futures betting odds have the Dodgers at +350 to win the 2021 World Series, while the Padres are +900.

Both the Dodgers and Padres have started well, and this series will be a chance for the Padres to make an early statement or for the Dodgers to show how wide the gap is between them and the field of NL contenders. Fernando Tatis, Jr. is set to make his return from injury in the series, which is a huge plus from an entertainment and MLB betting standpoint.

What Will Ronald Acuna, Jr. Do Today?

The Braves are stumbling and bumbling and frustrating their way through the first few weeks of the season, but they would be in a much worse position without Ronald Acuna, Jr.’s astounding April.

Yesterday, the Braves found themselves down 3-0 to the Miami Marlins and on the way to being swept. But Acuna cranked a two-run homer in the fifth inning to bring the Braves within one, and they went on to a valuable 7-6 win (no thanks to the bullpen, yet again). Acuna’s already short NL MVP odds have shortened even further, as he is now a +350 favorite. Improved plate discipline has been a major factor in Acuna’s amazing start, as explained in this article.

Fear not, this space is unlikely to turn into the Daily Ronald Acuna, Jr. Odds Watch, but there are far worse things than keeping track of the exploits of arguably the most exciting young star in the game.

Will the Red Sox Start a New Streak?

After winning nine straight games, the Boston Red Sox finally felt the sting of losing yesterday. It took a walk-off for the streak to end, as the Minnesota Twins took the series finale 4-3.

A three-game lead is nothing to write home about at this juncture of the season, but there is reason to believe that the Red Sox will make a proper run at the AL East title. Their AL East title odds have moved to +500, which is great MLB betting value given their talent and the questions surrounding their division rivals. Starting pitching will dictate a lot, however. Today, Nick Pivetta will try to win his third straight start in the opener of the Sox vs Sox series in Boston.

Another packed MLB betting day is ahead. Here are a few of the other matchups and storylines that are of interest:

After a tough road trip in which they lost five of six, the Phillies return home to take on the Cardinals. The Cardinals might be glad to be hitting the road themselves, as they face the Phils after home series losses to the Brewers and Nationals.

The White Sox had the highlight of Carlos Rodon’s no-hitter on Wednesday, but a split of their four-game home series against Cleveland was a disappointment. It doesn’t get any easier for them as they travel to Boston. With four against the White Sox followed by two against the Blue Jays, we’ll get to see if the Red Sox can really build off of their hot run.

Surely the bats will give deGrom some run support at Coors Field of all places, right? Right? In his last visit there, the Mets won 12-2 on June 18, 2018. In his 63 starts since, the Mets have scored 11 runs total. No, that’s not a serious stat, but seriously, can they get this man some run support. There’s more risk than reward here, with many less risky MLB betting lines on the board. But eight of the Rockies’ 10 losses have been by multiple runs, so the Mets -1.5 run line has value.

Just a week ago, the Astros looked like world-beaters. Five straight losses later, and they head to Seattle in need of a series win. The Mariners have won five of six and have won three of their four series to open the season, so they are not likely to lie down for the Astros. Kikuchi doesn’t have a win yet, but quality starts in his first two starts is a very encouraging sign that this could be a good year for him.

What an occasion for Weathers to make his first MLB start. The young southpaw has been solid in three relief outings so far, but this is a different challenge altogether. Buehler, who is +1200 to win the NL Cy Young, has opened the season with back-to-back quality starts.

All MLB betting lines are via FanDuel Sportsbook as of Friday, April 16 at 1:00 pm ET.