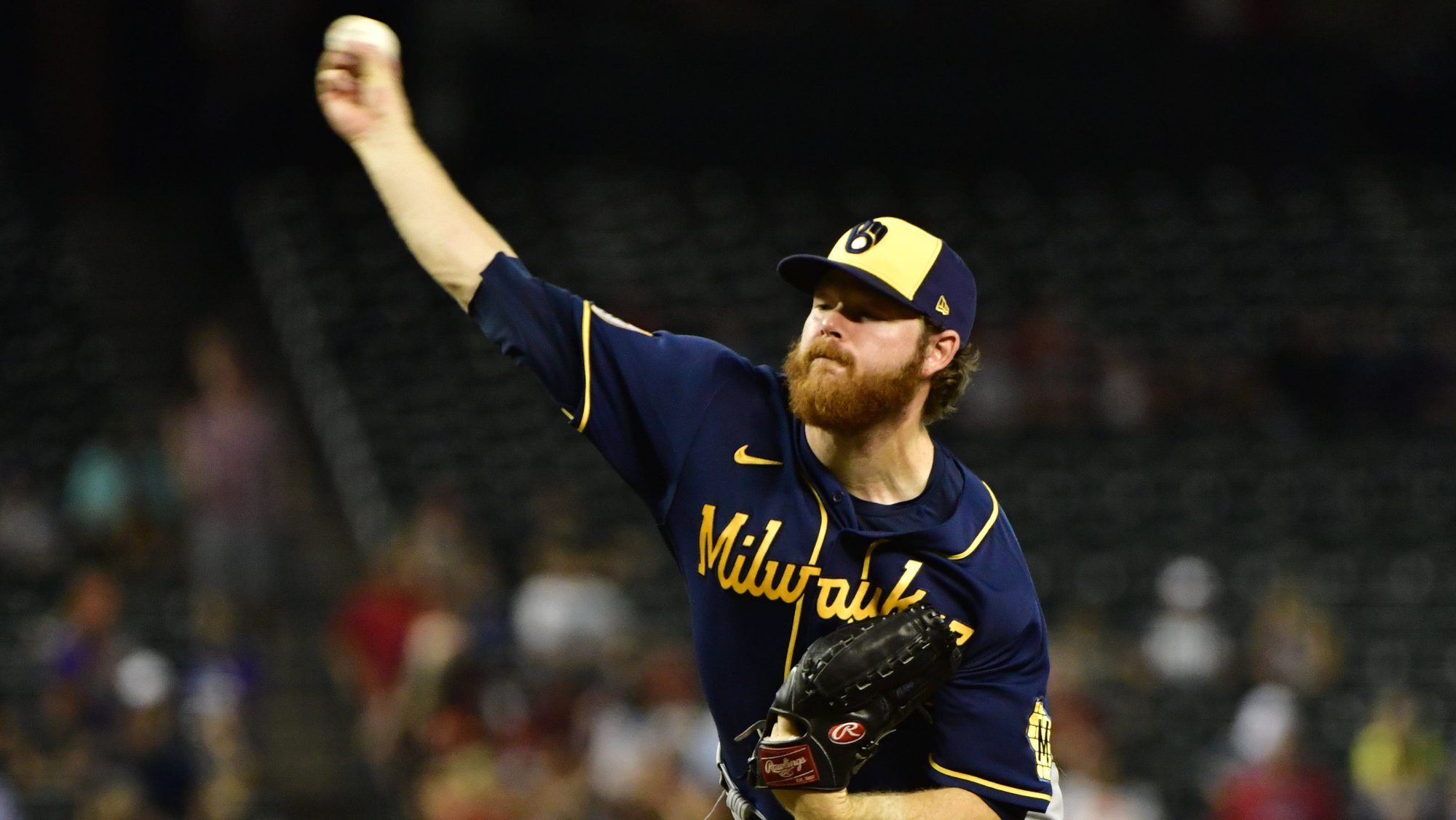 The midweek MLB betting card features a notable series in the NL Central, as the Chicago Cubs visit the Milwaukee Brewers in a four-game set. Tonight’s game is the second of the series, with the Brewers rolling 14-4 in last night’s series opener.

A lot of attention in the National League is focused on the NL West, where the top MLB betting favorites reside in the Los Angeles Dodgers and San Diego Padres, along with the team with the league’s best record, the surprising San Francisco Giants. The NL East takes a lot of the headlines as well, with two of the top few individual talents in that division in NL MVP favorite Jacob deGrom of the New York Mets and frequent highlight maker Ronald Acuna Jr. of the Atlanta Braves.

But in the NL Central, the Brewers are quietly putting together what could be one of their best seasons of Craig Counsell’s seven-season tenure as manager. Entering tonight’s matchup with the Cubs, the Brewers have won six straight and are 8-1 in their last nine games.

The Cubs were on a roll of their own, but the last two weeks have not gone very well for the Cubbies. They have dropped ten of their last 14 games, which has seen them drop four games behind the Brewers in the NL Central. These last two weeks before the All-Star break will determine if the Cubs opt to be buyers or sellers when trade activity picks up leading up to the MLB trade deadline on July 31.

How does tonight’s matchup look from an MLB betting perspective? Let’s take a look.

Odds are via FanDuel Sportsbook as of Tuesday, June 29 at 5:00 pm ET. For MLB betting odds for today’s other matchups, check out our MLB odds.

Can Davies Toss Another Gem After Combined No-Hitter?

The last time Zach Davies was on the mound for the Cubs, he was literally unhittable. In Thursday’s start against the Dodgers, he did issue five walks, but he didn’t allow a single hit in six innings. He gave way to the Cubs bullpen, which also did not allow a hit and recorded the 17th no-hitter in Cubs history and the first combined no-hitter in franchise history.

The last time Davies was on the mound for the Cubs was also their most recent win. They dropped the final three games of their series in Los Angeles, getting outscored 16-5 in the process.

Things did not get any better in last night’s series opener in Milwaukee. The bottom of the eighth was the game-breaking frame, as the Brewers put a ten-spot on the board to blow open a 4-4 game. In the decisive inning, the Brewers scored eight runs with two outs, including a pair of three-run homers by Willy Adames and Keston Hiura. It was not a pleasant night for Ryan Tepera and Trevor Megill, who combined to allow the ten runs, six hits, and four walks.

Davies has a higher ERA on the road than he does at home, but he has been excellent in his last two road outings. Prior to his no-hit outing against the Dodgers, he tossed six shutout innings in a win in San Diego three weeks ago.

Speaking of matching up against former teams, Davies is rather familiar with Miller Park. He spent his first five MLB seasons there before joining the Padres last season. In 61 starts at Miller Park, he went 22-21 with a 4.65 ERA. This will be his first start there since he was traded to the Padres in November 2019. If he can mark a return to his former home by shutting down the Brewers like he did the Dodgers last week, it will be a big boost for the Cubs.

Can Woodruff Shut Down the Cubs Yet Again?

Another excellent outing by Davies would be big for the Cubs, but it will only count for so much if the bats cannot make anything happen against Woodruff. And given how this season’s other matchups with Woodruff have gone, the odds are not favorable for the Cubs.

Woodruff’s ERA is lower at home, but he has yet to be beaten at home this season. In fact, in seven home starts this season, the only loss for the Brewers was a 3-2 loss to the Cubs on April 13. In that matchup, Woodruff shut down the Cubs for six innings and was in line for the win, but a two-run homer by Willson Contreras off of Brent Suter propelled the Cubs to the win.

Often enough, a team can figure out a pitcher after facing him a few times, but will this be the case for the Cubs? It is not at all encouraging that they have scored only 22 runs in their last nine road games, a stretch in which they are 2-7. Overall, in their current 4-10 stretch, they have scored only 34 runs. Those numbers come out to 2.44 runs per game in their last nine road games and 2.43 runs per game over their last 14 games overall. That tepid tally is not the least bit encouraging as they prepare a face a pitcher they have struggled against.

Cubs vs Brewers Best Bet: Cubs vs Brewers UNDER 7.5 – The Brewers have a tendency to find themselves in tight games, so as appealing as backing Brewers -1..5 is, it is too much of a risk. But with positive numbers for both Davies and Woodruff, the under is the best MLB betting option for this one.