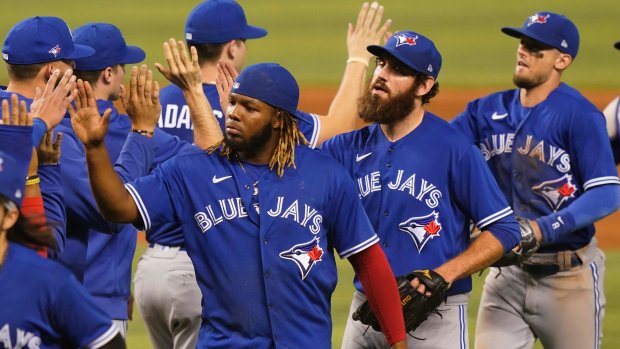 One of the best series on this week’s MLB betting card is in Buffalo, as the Seattle Mariners visit the Toronto Blue Jays for a three-game set. Both teams are off the pace in their respective divisions due to the contenders present in those divisions, but they are two of the hottest teams in the league at the moment.

The Mariners are riding high as they head into this series, with ten wins in their last 13 games. This past weekend, they took two of three in Chicago against the AL Central-leading White Sox. For a team with a lot of youth, taking a series on the road against one of the MLB betting favorites to win the World Series is a nice feather in the cap.

They may be seven games behind the Houston Astros in the AL West and 5.5 games behind the Oakland A’s for the second AL wild-card spot, but they are as hot as anyone else right now. After this series in Buffalo, the Mariners have three straight home series to wrap up the first half of the season, so winning this series could set them up well for a real run up the AL West and wild-card standings prior to the All-Star break.

Similarly, the Blue Jays are lagging behind in the AL East, where the Boston Red Sox and Tampa Bay Rays are the class of the division and the MLB betting favorites to win the AL East. The Blue Jays are 6.5 games behind the division-leading Red Sox and are five games behind the A’s for the second AL wild-card spot. But they’re on the move up the standings, having won seven of their last eight games. Those seven wins came against the Baltimore Orioles and Miami Marlins, so this series should be a bit more of a test for the Blue Jays ahead of a weekend series against the Rays.

How will tonight’s series opener shake out? Let’s look at the matchup from an MLB betting perspective.

Odds are via FanDuel Sportsbook as of Tuesday, June 29 at 9:55 am ET. For MLB betting odds for today’s other matchups, check out our MLB odds.

When it comes to evaluating MLB betting options for this matchup, the eyes immediately move to the total. The Blue Jays are one of the top hitting teams in the league, and runs have been a regular occurrence this season in Toronto’s temporary homes of Dunedin and Buffalo.

So, pile on the over tonight, right? That is certainly the inclination. However, the over profiles as a much better play for tomorrow’s matchup than it does for today.

Today’s matchup pits two pitchers looking to continue solid stretches. Flexen started June with one of his worst starts of the season, allowing five runs in six innings in a home loss against the A’s. But in the three starts since, he is 1-0 with a 1.78 ERA.

Ray, meanwhile, has been excellent this month after posting a 4.60 ERA in May. This month, he is 3-1 with a 2.51 ERA and has posted four quality starts in five starts.

Prior to MLB’s crackdown on substances used by pitchers, Ray’s strikeouts prop would have an excellent MLB betting option here. The Mariners are still striking out at a high rate each game and are fifth in the majors in strikeouts. But 8.5 just feels a little too high to back at the moment, even at plus odds, until the post-crackdown sample size is a bit bigger.

The big question is whether to use the recent form of Flexen and Ray to determine which total to back. Or is a different set of numbers more worthy of consideration? Let’s look at the home and away splits for tonight’s starters, which indicate much more of a disparity for Flexen than Ray.

Chris Flexen Home vs Away

Robbie Ray Home vs Away

The balance of Flexen’s road starts have seen totals high totals, with over 9.5 runs hitting in four of his five road starts. And if there is a setting for an over, Buffalo is it. But only four of the 14 games Ray has started have hit on the over 9.5, and with he and Flexen both in good form right now, the under profiles as the better option tonight.