Brewers vs. Marlins May 13 Betting: Back Burnes, Brewers to eke out win in opener in Miami 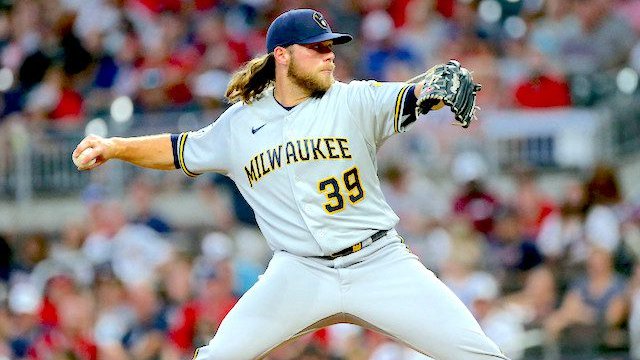 The Milwaukee Brewers are not having a fun road trip thus far, but a win in tonight’s series opener against the Marlins can help them try to end it better than they have started it.

Tonight, Craig Counsell will hand the ball to Corbin Burnes as Milwaukee will attempt to snag a series-opening win over the Marlins, who are in the midst of their own rough patch. The reigning NL Cy Young Award winner has gotten little run support so far this season, and with MLB’s ERA leader on the mound tonight for the Marlins, that could be a concern once again.

Will Burnes Get Burned by Poor Support Again?

The Brewers are no doubt the better team, and the betting trends line up well for the Brewers as well.

But the Brewers have lost four of five since opening their road trip with a win in Atlanta, and more glaringly, their plate production has been pretty underwhelming in Burnes’ recent starts.

In his first three starts, the Brewers scored 13 runs and went 2-1. But in his last three starts, they have managed only four runs total and lost all three games. It hasn’t knocked him off of the top of the NL Cy Young Award odds, with he and Max Scherzer both sitting at +500 currently.

But just a little more support could help him separate from Scherzer and the field and would have gone a long way in those three recent starts, given that Burnes pitched well enough in all three games to be worthy of a win.

Though the Brewers lost two of three in Cincinnati, they did score at least five runs in each game, including 11 on Wednesday. That said, the odds are not in their favor tonight against Lopez.

In his last home start, he gave up four runs (three earned), six hits, and two walks in 4.2 innings to take his first loss of the season. But in his other five starts, he has given up 18 hits, six walks, and only one run in 31.1 innings.

This past Saturday, he pitched eight shutout innings in an 8-0 win in San Diego, which was his fourth scoreless outing of the season. It’s no surprise then that his 2022 NL Cy Young odds have shortened to +2000.

Milwaukee Brewers vs. Miami Marlins May 13 Prediction and Best Bets

With two standout arms on the hill tonight in Miami, runs are likely to be at a premium, and the final margin should be close.

With that in mind, the Brewers are the better bet here. The Marlins are 5-10 in one-run games, with three of those wins coming during their seven-game win streak late last month. The Brewers, on the other hand, are 6-3 in one-run games.

So, even if there aren’t fireworks at the plate, there’s more reason to be optimistic about the visitors from Milwaukee. And while the moneyline value isn’t terrific, taking them to win by 1-3 runs comes with a nice price.

Outside of that win streak, things have been pretty rough for the Marlins, especially at the plate. And though they scored 11 runs on Wednesday against the Arizona Diamondbacks, we’re likely to see what we have seen most of this season tonight against Burnes and the Brewers.

The 2022 Formula 1 season is only six races deep, but the race for this season’s championship alerady appears to be down to just two drivers. Last season, Red Bull driver Max Verstappen claimed his first Formula 1 World Drivers’ Championship in highly controversial circumstances, with Lewis Hamilton denied what would have been a record-breaking END_OF_DOCUMENT_TOKEN_TO_BE_REPLACED