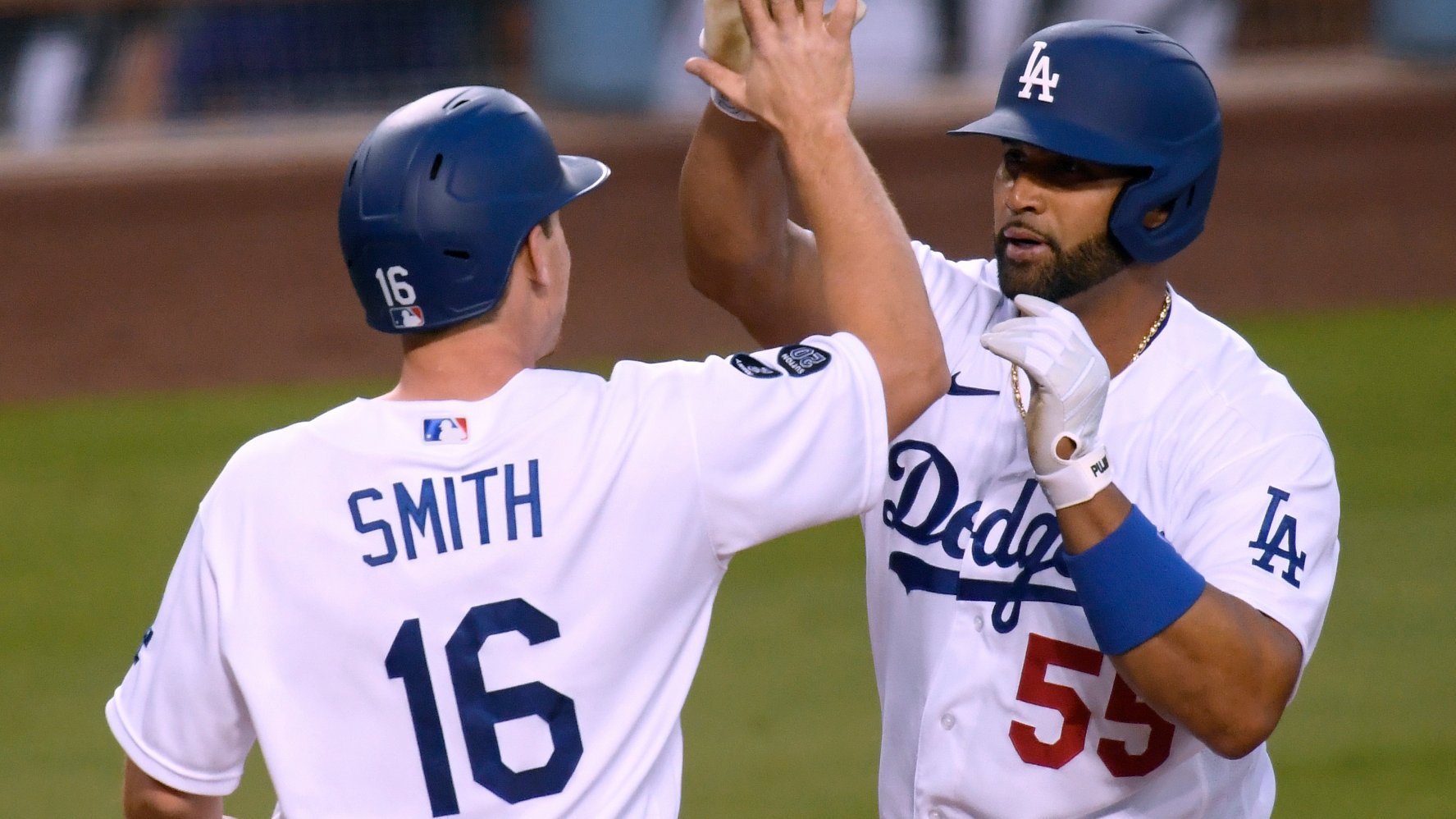 The Grizzlies vs Warriors NBA play-in tournament matchup isn’t the only must-see matchup in the Bay Area tonight, as San Francisco will also play host to the opener of the Dodgers vs Giants series.

Many eyes will be on the action at the Chase Center, which starts at 9:00 pm ET. But plenty of attention will be on the first matchup this season between these fierce NL West rivals, especially with the Giants, not the Dodgers, surprisingly owning first place in the NL West and the best record in MLB.

Will NL Cy Young hopeful Trevor Bauer lead the Dodgers to a series-opening win in San Francisco? Or will Alex Wood serve notice that he needs to be in the Cy Young conversation and lead the Giants to a big home win? We break down the matchup below.

Dodgers vs Giants odds are via FanDuel Sportsbook as of Friday, May 21 at 12:00 pm ET. For more MLB betting odds, check out our MLB odds, featuring updated odds from FanDuel and other top online sportsbooks.

After undoing a hot start with a 5-15 stretch, the Dodgers are back to winning ways. After losing a road series against the Angels, the champs were 18-17 and had lost five consecutive series.

Now, the Dodgers enter their series in San Francisco looking more like themselves. They are fresh off of a four-game sweep of the Arizona Diamondbacks and are 8-1 in their last nine games. The bats are still finding their groove, but excellent pitching and timely hitting are driving this hot streak. They have allowed four or more runs only twice in their last ten games, and both of those games were wins.

If there is one thing that still needs to improve, it’s success in one-run games. The Dodgers have played 16 one-run games, and they have a 5-11 record in those games. But they did eke out a 3-2 win yesterday against the Diamondbacks, which is encouraging.

The Dodgers picked up future Hall of Famer Albert Pujols to add another offensive option, and he came up big last night. His first homer with the Dodgers and the 668th of his career put the Dodgers up 2-0 in the second. Catcher Will Smith provided the decisive run, hitting a solo shot in the seventh.

Giants Seek Another Statement After Road Demolition of Reds

The Giants are entering this series in the best possible position. They just saw off the Cincinnati Reds and their tough lineup, sweeping all four games in Cincinnati. They saved the most resounding win for last, torching the Reds for 16 hits in yesterday’s 19-4 win.

The Giants are second in MLB in homers with 62, but offense has not been the driving force of their early success. But they showed out against the Reds yesterday, hitting five homers and knocking Reds starter Tyler Mahle out of the game after only two innings pitched. Mahle had a 2.93 ERA going into the game, but he allowed seven runs and seven hits in his shortest and worst outing of the season.

Yesterday’s win featured another solid outing from their starting rotation, as Johnny Cueto allowed only one run and five hits in five innings against his former team. Starting pitching is a major factor in why the Giants have the best record in the bigs. Their six starters are a combined 23-6 with a 2.56 ERA in 44 starts and have posted 22 quality starts. Kevin Gausman is headed for an All-Star nod, and Wood, tonight’s Giants starter, may be as well.

This start may have some extra emotion behind it for Wood. He was with the Dodgers from 2015-18 and again last season. Wood was 0-1 with a career-worst 6.39 ERA in nine appearances with the Dodgers in 2020, only three years after he went 16-3 with a 2.72 ERA in 2017. But he has found new life in San Francisco after penning a one-year deal in the offseason, and he hasn’t allowed more than two runs in any of his six starts so far.

Should the Under Be the Plan in San Fran?

As mentioned, Wood is in the best form he’s shown in years. But Bauer is also off to a fine start in his first season with the Dodgers.

Bauer has seven quality starts in nine starts, and he enters this start off of a stellar outing. Last Saturday against the Marlins, Bauer struck out ten and allowed two hits and no walks in seven shutout innings, taking the W in a 7-0 shutout of the Marlins.

Who will take the win? The Dodgers have the consensus edge there, but the Giants have been excellent at home, posting a 14-4 record. Also, this will be Bauer’s seventh road start in ten overall starts, and the results have not been good for the Dodgers to this point. In his previous six road starts, the Dodgers are 1-5.

It’s difficult to bet against a hot Dodgers team, no matter the venue. But the Giants are excellent value tonight as a home underdog, and a win would be anything but an upset.