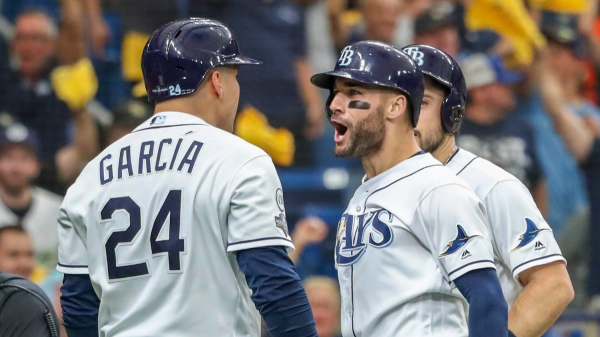 Tuesday afternoon features an American League Division Series Game 4 matchup as the Houston Astros take on the Tampa Bay Rays. The Astros are hoping to close out this series in four games so they can shift focus to the New York Yankees, who finished their sweep of the Minnesota Twins on Monday.

The moneyline for this matchup features the Houston Astros at -240 and the Tampa Bay Rays at +200. The over/under in terms of runs scored is set at 7.5.

On the offensive side, it was the Astros that held the upper hand during the regular season. During that time, they ranked third in the majors in runs per game at 5.66 (5.32 on the road). The Rays came in 18th overall, averaging 4.71 runs per game (4.52 at home).

After taking the first two games of this series behind dominant pitching performances, the Astros dropped Game 3 by the score of 10-3 after a barrage of home runs against starter Zack Greinke. To try to end the series in four, the Astros will turn to Verlander, pitching on three days rest.

In Game 1 of the series, Verlander went seven innings, allowing one hit and three walks while striking out eight in a 6-2 win. Verlander threw 100 pitches and will now look to give an equally dominant performance Tuesday afternoon.

On the offensive side, the Astros were led by several key offensive performances throughout the year. In a lineup stacked from top to bottom, one of the most impressive was that of Alex Bregman. The potential MVP hit .296/.423/.592 with 41 home runs, 112 runs batted in and 122 runs scored.

Throw in players like Jose Altuve, George Springer, Yordan Alvarez, Michael Brantley, Carlos Correa, Yuli Gurriel and others, and this is a team that has the ability to put up a lot of runs. The Rays have done a decent job keeping them in check to this point, but don’t be surprised to see the Astros break out at some point soon.

The bats finally broke out for the Rays on Monday, and Charlie Morton was able to put together an amazing performance against his old team. In Game 4, the Rays will look to find success out of a trend that they started, the opener/bullpen game. Diego Castillo will be up first in line of what will likely be several bullpen arms.

On the offensive side, several offensive players broke out Monday. Kevin Kiermaier, Ji-Man Choi, Brandon Lowe and Willy Adames all went deep. Yandy Diaz did have to leave the game Monday, but Matt Duffy did a nice job as his replacement, going 2 for 4. Of the Rays, the only player with a hit against Verlander is Brandon Lowe, who is 1 for 3 against him this postseason. They are hoping to scrape across a few runs and let their pitching staff get to work.

Astros Finish It Off

This should be a fun one, but one thing that I have learned is, don’t bet against Verlander. In potential clinching games throughout his career, Verlander is 3-1 with a 1.05 ERA. Throw on top of that the fact that he dominated the Rays in their first matchup in this series, and he seems to be poised to come up big for the Astros.

Granted, it is concerning what reaction going on three days rest will have, but I still think that the Astros’ bats break through against the Rays’ bullpen, and the Astros close it out. For my money, I am taking the Astros at -240.