MLB Playoff Teams Set; Who Is The 2019 Longshot? 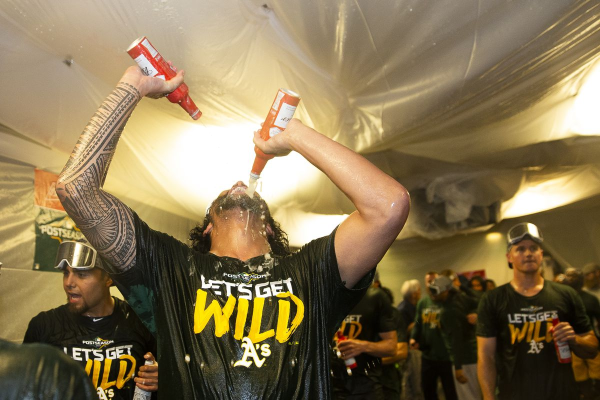 The MLB Playoffs are almost here. So where should the sharp money be as far as a longshot goes?

The MLB playoffs are a little bit like roulette if you could actually have a fair shot at winning. Round and round the carousel spins, and where it stops, no one knows, but one thing is for certain: if there is one sport where sharp money can ride a longshot, it’s baseball.

While some people like to say that football is the true sport of the underdog, with its so-called “any given Sunday” motto, baseball is where bats can get hot, pitchers can go cold, and one single swing of the bat can change destinies forever.

So who is this year’s Cinderella team?

Well, there are a few takers.

The Athletics have quietly been having a decent stretch of baseball, and what really makes them an attractive bet is the value you’re getting. While the bigger dogs in the AL, namely the Astros and Yankees, are leading the charge, for obvious reasons, the A’s have proven throughout the season that they can beat the juggernauts in their league. Several times this season, the A”s have felled the Yanks as well as the Astros, showing that if there was a team that could go on a roll in their league, it’s the A’s.

With a strong closer, balanced lineup, and solid starting pitching, the A’s at 18-to-1 are a solid bet if you want to throw down a little pizza money on what would be an unbelievable run. Will it happen? Probably not, but if you’re going to take what would be a “live dog” to win the World Series, definitely shoot your shot with the A’s, as far as the American League is concerned.

The Cards were the co-favorites, along with the now-eliminated Chicago Cubs, to win the NL Central. After a shaky start to the season and a few road bumps at midseason, the Cardinals were able to play some stellar baseball in the latter half of the season, to clinch a playoff berth. They have been a favorite of sharp bettors throughout the season, and going into the playoffs, you can bet there will be some riding with the Cards to rock and roll.

They have a balanced stable of pitchers, a solid lineup, and the mettle needed to go on a deep run, so again, here’s another longshot in the NL that is worth tossing a few coins on a St. Louis World Series victory.

Throughout the early season, the Rays were one of the leaders to win the World Series, as well as the American League. Fast forward to several injuries to their stable of pitchers, and so-called “corrections” in investors’ parlance, and it’s clear that the Rays have fallen back to Earth. They are the true longshots of this playoff season, as the biggest underdog to win it all. Not only will they have to win their Wild Card bout with Oakland on the road, but they will have to go through a buzzsaw that would make them face two of the trio of the Twins, Yanks, and Astros.

It’s a really brutal draw for the Rays, and while they have been a trendy underdog team to ride in spots, they are also facing a tough draw. Have some spare change you found under your couch? Ok, go for it — put some cash on the Rays.