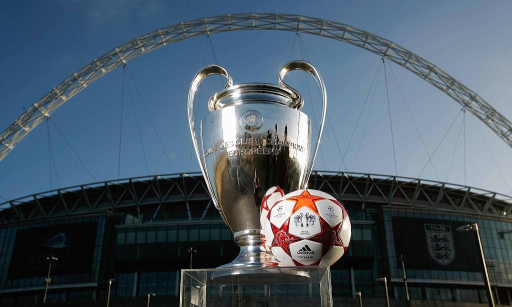 This has been a weird year for everything, including the UEFA Champions League. I know it feels like last one was just completed, with Bayern Munich beating PSG for the title, and it was, but the soccer world waits for nobody and before you know it, we will be asking ourselves again which is the best club in Europe.

Below is a look at the current odds for the top contenders. No hard bets just yet, but some things to keep in mind. Remember the first round of matches is coming up quick. You won’t get locked out of a number this early, but if you see something you like, don’t wait.

Some quick betting breakdowns of the top teams:

Bayern Munich: The defending champs are always in the mix. What stood out about last year’s winning team was how they were such a delightful combination of youth and experience. Now that they have a win under their belt, they could be that much tougher to beat. Robert Lewandoski is showing no age and he might have been the best player in the world last year. At +400, this might be pretty good value given how solid these guys are. No rush to jump on them though, as this number should hold for awhile.

Manchester City: Man City has loads of talent overall, but they seem to have lost their mojo. They were well behind Liverpool in the EPL standings last season and early results this season have been less than encouraging. Does that mean they won’t make it past the group stage? Probably not, but you might get better value if you wait on this club.

Liverpool: The Reds won the thing just a couple of years ago and the core of that team is in place. Their recent shocking loss to Aston Villa, 7-2, probably got your attention, but there is no reason to think this club is not still elite. A win against Everton this week and they are right back at the top of the table in the EPL, right where you would expect them.

PSG: Last year’s runner up are very interesting. They are in a challenging group with Manchester United and RB Leipzig, but their dominance in Ligue 1 means they can give a bit more focus to these matches during the season. They have a number of talented players who are still in their prime too. 10/1 and higher is where I start looking for payoffs if I am going to have my money tied up for such a long time. This is a nice one to have in your pocket.

Real Madrid: They are still the most dominant club of the last 10 years, with four championships. World soccer success seem to be drifting away from the Spanish league though, both on the field and on the sidelines. However, their group is not that daunting unless Inter Milan is ready to make a big leap this season, and maybe they find their championship form throughout the season. No rush here.

Barcelona: Headlines galore with Barca as the Messi situation is just that, messy. You never want to discount the best player in the world but remember, they have not won with him in 10 years. Is this the season that it changes? It might be difficult in their group. Juventus is there to push, so at the very least, we get to see the two greatest living players on the pitch at some point this season.

Juventus: Ronaldo still has some life in him and Juve are the favourites again in Serie A. Similar to PSG, they get a little bump for not being in a league that taxes them as much during the season. That doesn’t mean they are as good as some of the other clubs, but Barcelona looks like their only challenger in the group. Decent value.

Chelsea: They spent big over the summer to bring in Havertz and Chillwell. 2-1-1 start in the EPL is OK, but they lost 2-0 at home to Liverpool so it is not looking like they are bridging the gap between themselves and the elite clubs just yet. They are in an easy group though. Only Sevilla looks like they would be able to really challenge them. That might be why their odds are what they are. If you are making this bet, you are seeing something others don’t.

Borussia Dortmund: For so long, the rest of the Bundesliga did not offer much, but Dortmund is young and talented and RB Leipzig really opened some eyes last season with their run. Their group is really easy too, so they can give their players the experience they need in games they are supposed to win. They might be worth a sprinkle. Odds are likely to hold though, so probably no rush.