Golden Knights, Wild Will Light the Lamp Often in Rematch 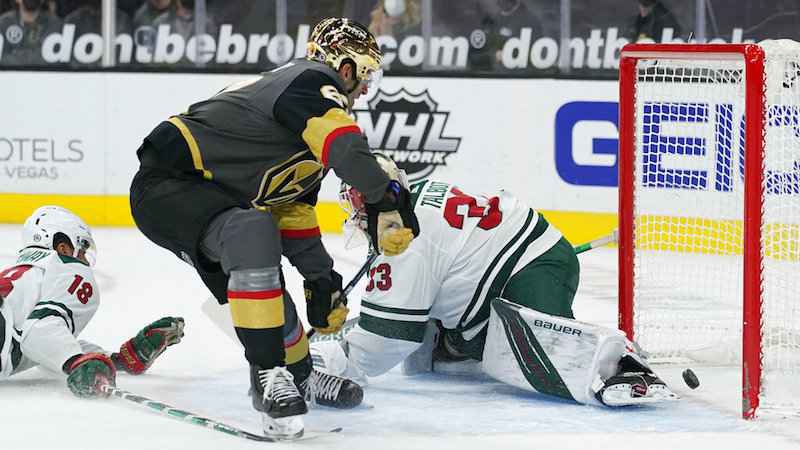 Monday’s Minnesota Wild vs Vegas Golden Knights showdown was a goal fest that needed to be settled in overtime. An extra period may not be necessary tonight, but there will be plenty of goals once again.

The Wild (12-6-1) had a two-week COVID pause last month, but they have played well since returning to action. Their first game back was a 4-0 loss to the Los Angeles Kings, but then they won six games in a row.

However, that streak came to an end on Monday in the first meeting against the Golden Knights. And it ended in rather disappointing fashion, as they could not hold a late lead in a 5-4 loss. The Wild led 4-2 with under 10 minutes left, but they surrendered two late goals and then fell in overtime.

Still, it has been a solid start for the Wild. Their success on the road is largely responsible for it. The Wild are 7-3-1 on the road, and four wins in their six-game win streak came on the road. In their last five road games, the Wild have scored 24 goals, with four or more goals in each game.

If they win tonight, it will be without veteran Zach Parise. In Monday’s game, Parise chose to stay on the ice during a late line change and ended up playing a part in the Golden Knights’ game-tying goal. That decision did not sit well with the coaching staff, and he is a healthy scratch for only the second time in his NHL career.

The Golden Knights are a tough team to beat at home, and that should be the case again tonight. However, it will be interesting to see how the Wild respond after a tough loss and to the clear message from the coaching staff that subpar or selfish play are not going to be tolerated.

Whatever the outcome tonight, there will be goals. There are plus odds on the over tonight, but consensus picks lean in favor of the over. Given the results of Monday’s matchup and how each team matches up at home and away, that lean is worth backing.