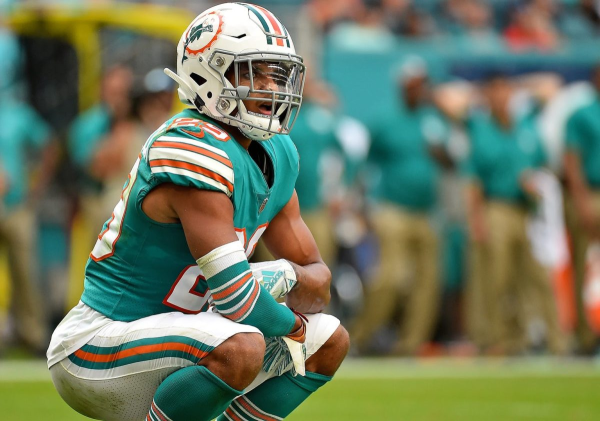 By adding safety Minkah Fitzpatrick, the Pittsburgh Steelers have been able to improve their defense by adding one of the more talented players in the league. Even better, they were also able to move on (maybe?) from Ben Roethlisberger, who has clearly shown signs of aging.

Despite the new addition being a defensive one, there are exciting things happening on the offensive side of the ball for the Steelers. All these big changes not only have implications for the Steelers themselves, but also, others need to realize that the coaching situation may be having issues as well.

On the Warm Seat?

You can hardly say he’s on the hot seat because the ownership is big fans of Mike Tomlin, and frankly, most people in the football realm have the utmost respect for him and his wife. Tomlin has failed to get his squad prepared for anything beyond a mediocre finish in the AFC and no playoff spot.

Tomlin is going to have to figure out a way to adapt this new, younger team to the rising trend of gadget offense and strong defense. In essence, at the professional level, most acknowledge it can take time to institute a culture that lasts.

The Steelers, however, despite their rich legacy, have been able to successfully repeat the values and thought processes the squad was famous for in recent memory. Until Tomlin is able to string together a few wins and a playoff berth.

There’s a general who is always on the sidelines, and then there is another general who is in the thick of it all, in some cases, he decides whether a team wins or loses. With the injury to Ben Roethlisberger and the rise of Mason Rudolph, it’s clear that the Steelers at least have some ways they can immediately plug in resources that were needed.

Once that is accomplished, they will be getting over the “old school” vibe, which really doesn’t mean much anyway. It’s clear that outside of Tom Brady, Father Time is beginning to really affect some more than others. Rudolph adds similar elusiveness and scrambling, minus the know-how and experience that comes with many years in the league.

In the NFL, especially of late, the rich keep getting richer. The Steelers are one of those teams. Out of nowhere, poof, they show up one day, and a safety is on the team.

Minkah Fitzpatrick, one of sure to be many jettisons from the woeful Miami Dolphins, joined the Steelers via a trade Monday. Fitzpatrick is a ball-hawk who has made a name for himself by being able to read the defense and execute something else.

Fitzpatrick also allows for something else. In essence, it is a concession on behalf of the Dolphins. They are essentially saying that they give up and are willing to let the season go totally without trying to fight. After embarrassingly destructive demolitions of their own teams, the loss of Fitzpatrick for a first-rounder from Steelers is a prime move that illustrates the prowess and ability to maximize what’s needed for what they have over in Pittsburgh.

Defensively, the Steelers add one of the better safeties in the league, really ramping up their effectiveness in dime package situations or in situations where they are trying to appear like they are ball-hawking, when in reality, it could be a safety or corner blitz.

Will there be a significant change on the Steelers after back-to-back disappointing losses? We shall see, but without a doubt, the move is a good one, but until the dust settles, we can’t say for sure who the winners of the trade are.