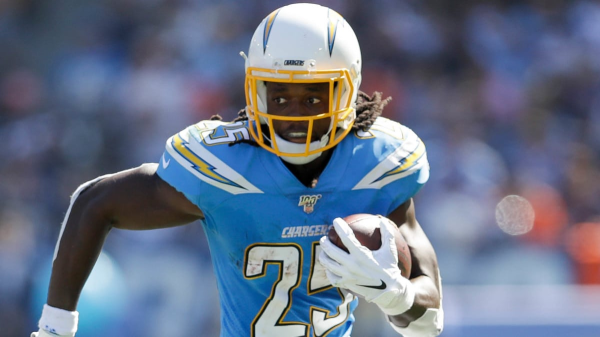 Monday Night Football features a showdown of AFC West teams as the Kansas City Chiefs (6-4) square off against the Los Angeles Chargers (4-6) in Mexico City. This neutral field game will be played at Mexico City’s Estadio Azteca, although the Chargers will be playing it as a home game. The elevation in Mexico City is quite high, making this similar to playing a game in Denver, a factor that will be interesting to see how both teams adjust to.

The Chiefs are currently in a tie with Oakland for the lead in the AFC West, so this is a vital game for both teams Monday. Kickoff is scheduled for 8:15 pm ET.

For the Chiefs, it has been a bit of an inconsistent ride as of late. After winning their first four games, they have gone just 2-4 since then. Granted, some of that time was without star quarterback Patrick Mahomes, but even upon his return last week (and he had a great return, throwing for three touchdowns and over 400 yards), they still managed to lose on the road to the Tennessee Titans. They will be looking to get back on track against the Chargers Monday night.

Inconsistency is also probably the best word to use in regards to the Chargers. After shocking and utterly dominating the Packers 26-11 earlier this month, they turned around and struggled against the Oakland Raiders en route to a 26-24 loss. On the positive side, Melvin Gordon has been starting to play like the Gordon of old, but the rest of the team is like riding a roller-coaster of consistency. Still, a win on Monday would put them right in the thick of the AFC West standings with a chance to pull something great out of this season.

The Kansas City Chiefs come into this as four-point favorites playing at the neutral site. The over/under for points scored is set at just 52.5 points.

Chiefs Look To Get Back On Track

Any time that you lose a franchise quarterback for a few weeks, it is never a good thing. When it is a quarterback as talented as Mahomes, it can derail a season. Despite how quickly he returned from his injury, Mahomes showed last week that he is healthy and ready to go as he threw for 446 yards and a trio of touchdowns. On the season, he is 193 for 291 for 2,626 yards, 18 touchdowns and just one interception. He has also been sacked just 10 times thus far.

In terms of receiving, Mahomes’ go-to-guy continues to be tight end Travis Kelce, who has caught 56 passes for 741 yards and three touchdowns to date. Tyreek Hill has also started to get into the groove of things, having made 33 receptions for 543 yards and five touchdowns.

Philip Rivers has had an amazing career thus far, and while whispers are starting to circulate about when he should hang it up, he continues to show glimpses of being able to run with the best of them. On the season, he is 240 for 364 for 2,816 yards, 14 touchdowns and 10 interceptions. He has also been sacked 21 times thus far.

For Rivers, his leading receiver is Keenan Allen, as the Pro Bowl wide receiver has caught 62 passes for 725 yards and three touchdowns. Hunter Henry has also been solid from the tight end position, catching 33 balls for 418 yards and another three touchdowns.

On the ground, Melvin Gordon has started to get it going of late. On the season, he has rushed 86 times for 300 yards and four touchdowns, but with him missing the beginning of the season, most of this damage has come over the last few weeks. Aside from Gordon, Austin Ekeler is another threat, having rushed 90 times for 340 yards and three scores.

This one just feels like it is the Chiefs’ game to win. Mahomes showed last week that he is healthy, and the offense seems close to clicking. Throw on top of that the inconsistencies of the Chargers, and I like Kansas City to win. The elevation could come into play, and the general uniqueness in playing in a different country can certainly have a toll, but I am not sure if the Chargers can keep up with the Chiefs’ offense if they are playing well.

Granted, the Chiefs’ defense certainly leaves something to be desired, and the Chargers may be able to exploit that a little, but I still like Kansas City -4 in this one when it is all said and done.