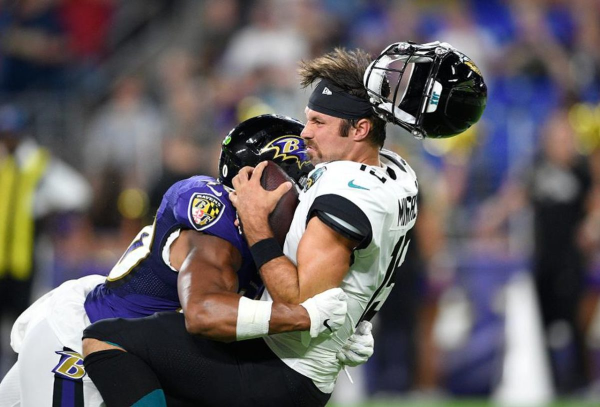 Week 2 of the NFL preseason gets started on Thursday with two teams that both won their openers. The Green Bay Packers will be traveling to M&T Bank Stadium to take on the Baltimore Ravens. The Packers won last week 28-26 over the Houston Texans, while the Ravens shut out the Jacksonville Jaguars, 29-0. It will be offense versus defense in this one as Aaron Rodgers and the Packers matchup with a tough Ravens’ defense.

For the Packers, they will be looking to rebound from a 2018 campaign that saw them finish third in the NFC North with a 6-9-1 record. With the Chicago Bears looking to be on the way up and the Vikings capable of putting together a solid season, the Packers will rely on Rodgers, the best quarterback in the division, to carry them this season.

For the Ravens, they are coming off of a successful 10-6 record that saw them win the AFC North last year. After losing to the LA Chargers 23-17 in the opening round, though, they will be looking to bounce back behind dual threat quarterback Lamar Jackson.

The point spread for this one comes in with the Baltimore Ravens being four-point favorites playing at home. The over/under on total points scored is set at 37 points.

It is a new regime these days in Green Bay. No longer is Mike McCarthy roaming the sidelines; instead, it is Matt LaFleur, part of the newest wave of young hires hoping to reenergize the Packers squad.

Despite the youth at head coach, the Packers will still go as far as Rodgers takes them.  Last season, Rodgers went 372 for 597 for 4,442 yards, 25 touchdowns, and just two interceptions. If Rodgers can stay healthy, the Packers’ offense will once again be a threat at any time. It will be interesting how much Rodgers plays in this one. LaFleur confirmed that Rodgers will play, but don’t anticipate more than a quarter. After that, it will be a heavy dose of DeShone Kizer and Tim Boyle, two players fighting for backup duties.

Ravens Hope Jackson Can Take The Next Step

After seeing Jackson play last year, it was pretty easy for Baltimore to cut ties with long-time quarterback Joe Flacco. Now, this is Jackson’s squad, and he will look to make the most of his opportunity. Last season, in limited duty, Jackson went 99 for 170 for 1,201 yards, six touchdowns, and three interceptions. Even more impressive was what he could do with his feet.  He ran 147 times for an additional 695 yards and five touchdowns. The multi-dimensional ability really brought new life to an offense that played behind a very stationary Joe Flacco.

Even with the exciting play of Jackson, the defense will be the real story of this squad. After dominating the league last year, they picked up right where they left off in the opening preseason game. The defense shut out the Jacksonville Jaguars and had four interceptions, including one that resulted in a touchdown. Regardless, the Ravens look like they could be a real contender this year and will look to continue getting ready for Week 1 Thursday night.

This one will be more about how it finishes than how it ends. With Rodgers only set to play about a quarter of this one, the Ravens’ stout defense will be able to feast on backups Kizer and Boyle. Even while Rodgers is in there, there will likely be some growing pains as the first-team offense adjusts to LaFleur and his new offense.

When it is all said and done, I will take the depth of the Baltimore defense in this one to secure a victory. While I don’t think they will shut the Packers out like they did to Jacksonville in Week 1, I still think the Ravens will do enough to shut down the Packers’ offense and come away with a win and cover in this one.