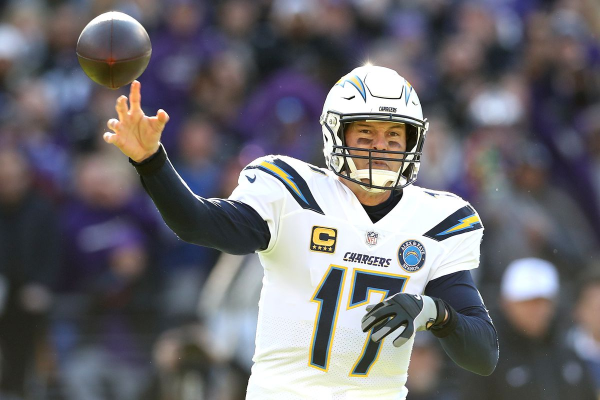 The Los Angeles Chargers were one of the best teams in football a season ago, but their season ended abruptly with a blowout loss to the New England Patriots in the playoffs. The Chargers return much of the same roster from a season ago, and this should be another solid season in Los Angeles. The Chargers have a lot of extremely skilled players on offense, but their defense will need to show up if they are going to take the next step. The Kansas City Chiefs are the best team in the AFC West Division, but the Chargers should push them to the brink all season long.

The Chargers went 12-4 during the 2018 regular season, including a stretch of 10 wins in 11 games. Los Angeles finished in second place in the AFC West, and they are projected to do the same thing this season. The Chargers went 10-8 against the spread in 2018, making them one of the better teams in the NFL to bet on.

The Los Angeles Chargers placed the franchise tag on linebacker Melvin Ingram in an effort to keep him in uniform for another season. The Chargers also went out and signed left tackle Russell Okung to a large free-agent contract this winter. Okung should help protect quarterback Philip Rivers this season. The biggest news story surrounding the Chargers is that running back Melvin Gordon is holding out and not participating in training camp until he gets a contract extension with the team.

Philip Rivers: Rivers continues to put up monster numbers in a Chargers uniform and threw for 32 touchdowns in 2018. The veteran completed over 68 percent of his passes for more than 4,300 yards a season ago. The Chargers offense goes through Philip Rivers and his right arm.

Melvin Gordon: Gordon fell just short of 1,000 rushing yards in 2018, but still averaged 5.1 yards per carry. The electric running back also caught 50 passes for over 400 yards and found the end zone a combined 14 times. The Chargers need Gordon on the field to be great again in 2019.

Keenan Allen: Allen had 97 receptions for 1,196 yards a season ago and has emerged as the top target for Philip Rivers. The Chargers are loaded at wide receiver, but Allen has shown the ability to make the big plays when the team needs it.

Rookies: The Los Angeles Chargers were looking for defense in the 2019 NFL Draft, and they used five of their seven picks on that side of the football. Defensive tackle Jerry Tillery out of Notre Dame was selected in the first round and should see some action this season. Safety Nasir Adderley and linebacker Drue Tranquill also look like potential starters this season.

2018 seemed to be the best chance for Philip Rivers and the Los Angeles Chargers to win the Super Bowl. The Chargers were playing with a ton of momentum, and their offense looked downright unstoppable at times. Los Angeles should still be very good again, but there is no reason to believe that they will hit on any of the future bets. Taking the Over -140 on 9.5 wins is a smart bet as the Chargers should win at least 10 games again this season.