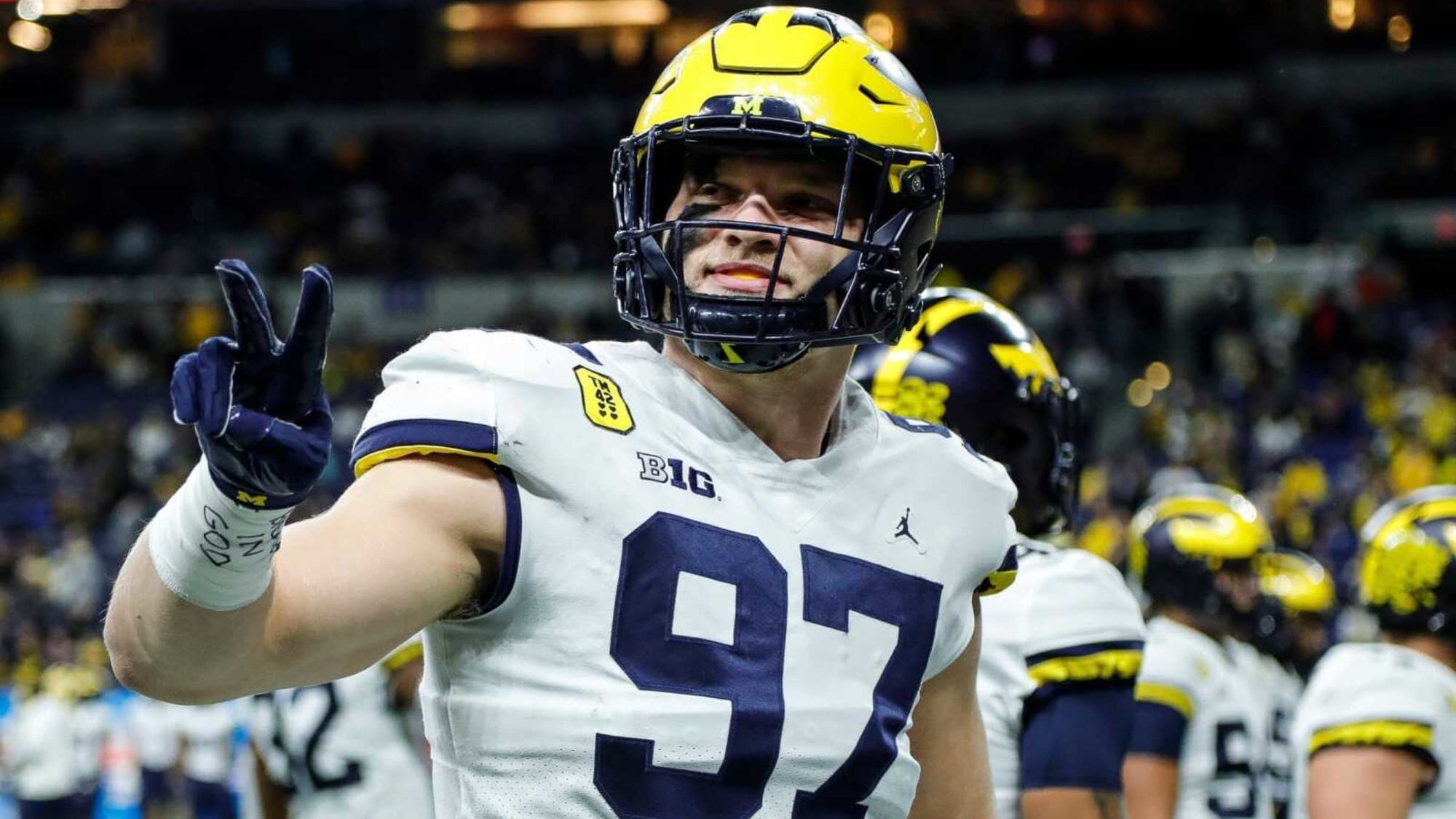 The 2022 NFL Draft gave dozens of players a chance to live their dream of becoming professional football players. Now that the draft is in the rearview mirror, fans are looking forward to watching these first-year athletes compete for the 2022 NFL Offensive and Defensive Rookie of the Year awards.

Many talented players from this year’s draft class could make the argument for being named either the OROY or DROY. However, there are always players who already stand above others before a game is even played.

Pittsburgh Steelers quarterback and 20th overall pick Kenny Pickett sits atop the Offensive Rookie of the Year odds race. There’s no guarantee that he’ll even open as the Steelers’ starter, but the fact is that six of the last 12 OROY winners have been quarterbacks and Pickett was the first one off the board last month.

Meanwhile, Detroit Lions EDGE Aidan Hutchinson is the Defensive Rookie of the year favorite. The 21-year-old was favored to go first overall at times but plans to make a career of terrorizing offenses in his hometown Lions.

The odds listed below are via FanDuel Sportsbook, but all of our recommended sportsbooks offer 2022 NFL Offensive & Defensive Rookie of the Year odds.

There are several players who’ll challenge for Offensive Rookie of the Year honors, but one who has one of the better opportunities of doing so is Green Bay Packers wideout Christian Watson.

There was a lot of talk this offseason about how the Packers could replace Davante Adams’ production after trading the All-Pro wide receiver to the Las Vegas Raiders.

The Packers didn’t waste much time solving that issue at the 2022 NFL Draft, selecting Watson with the 34th overall pick in Round 2. The 23-year-old had a terrific campaign with the North Dakota State Bison last fall and looks to continue that momentum into the NFL.

Watson didn’t get as much attention as other wideout prospects due to him having played for an FCS school. However, he still had a respectable 43 receptions for 801 yards and seven touchdowns in 12 games with the Bison in 2021.

Watson has a terrific chance to be named OROY due to him playing alongside four-time NFL MVP Aaron Rodgers. The 38-year-old veteran gunslinger has thrown for over 4,000 yards and at least 25 TDs in each of the last three seasons, giving Watson more than enough volume to succeed.

Few WRs from this year’s class will be given the opportunity to be a No. 1 option right away, which is why Watson must use his talent to seize this shot and turn it into an Offensive Rookie of the Year campaign to remember.

This year’s quarterback class was weaker than usual, but that doesn’t mean that Matt Corral can’t go on an NFL Offensive Rookie of the Year run.

Sam Darnold might be slated to be the Carolina Panthers’ starting quarterback right now, but his play last season didn’t do him any favors. The 24-year-old finished the 2021 NFL season with 2,527 yards, nine TDs to 13 interceptions and 35 sacks in 11 starts.

If Corral has a strong training camp, it’s entirely possible for him to steal Darnold’s starting job. After all, Corral showed a lot of potential in his last two seasons at Ole Miss, racking up 6,686 passing yards and 49 TDs to 19 INTs in 23 total games.

Corral has displayed that he has an NFL-level arm already and shouldn’t have issues producing with the likes of D.J. Moore, Robby Anderson and Christian McCaffrey surrounding him should he become the starter.

It shouldn’t be any surprise that Aidan Hutchinson is favored to be the 2022 NFL Defensive Rookie of the Year after the collegiate campaign he just had.

Hutchinson set career-highs across the board at Michigan last fall, finishing with new personal bests when it came to sacks (14.0), tackles for a loss (14.0) and solo tackles (36).

He also played a major role in Michigan winning the Big Ten Championship last year and even one multiple of his own individual awards. One of his biggest honors, though, was finishing second in Heisman Trophy voting.

Hutchinson is as NFL-ready as they come thanks to his motor that just doesn’t stop going. He’ll likely see many opportunities to see the field due to the Lions’ offense being far from the best, which certainly helps his DROY case.

At the end of the day, a lot of experts and fans alike are fans of Hutchinson due to the sheer dominance he displayed in college. Will it translate to NFL success? Only time will tell, but it’s hard betting against a defender who could easily make an All-Pro team somewhere down the line.

One player who might be flying under the radar in DROY odds is defensive end Arnold Ebiketie, who was drafted 38th overall by the Atlanta Falcons.

Ebiketie is an interesting value pick because, like the Lions, the Falcons are expected to be one of the worst teams next season and have an offense that likely won’t be on the field that often.

Meanwhile, Ebiketie is a pass-rush demon that could cause issues for the opposition. He had 9.5 sacks and 18.0 tackles for a loss at Penn State last year and also posted a solid 40-yard dash time of 4.65 seconds.

Scouts seem to like his potential of becoming a double-digit sack-getter one day and he has to start that journey somewhere. Bet on Ebiketie before his value rises as the season goes on.