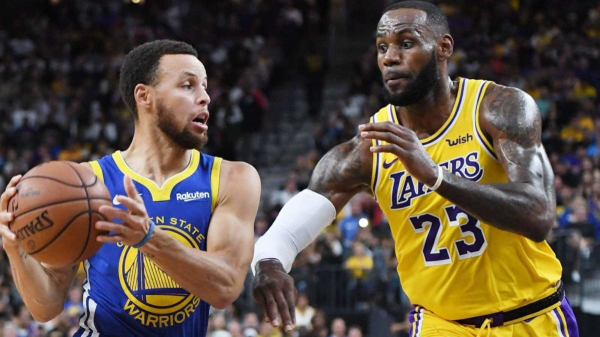 For the first time in a long time, the upcoming NBA season feels like a wide-open affair, with the game’s stars dotted all across the league.

The Warriors’ dynasty will be without Klay Thompson for much of the season, and Kevin Durant is no longer in town. The defending champions lost the NBA Finals MVP, and the city of Los Angeles just got infinitely more interesting.

So, while the regular season has felt more like a formality in years past, the 2019-20 NBA season will be full of key spots in the schedule that will decide who makes the playoffs and has a shot at winning it all, which teams will earn the top seeds, and who will have the easiest path to the Finals.

We’ll get to those key spots in just a moment, but after a wild offseason, let’s see which teams are poised to contend.

The Staples Center is sure to be one of the most exciting buildings in the world throughout the basketball season, as both of its residents have a shot to take home the Larry O’Brien Trophy at the end of the year.

With the best odds to win the title at +333, the Los Angeles Clippers are the new favorite. By adding last year’s Finals MVP, Kawhi Leonard, and six-time All-Star Paul George, the Clippers are viewed by many to be the best roster in the sport.

Following closely behind the Clippers are the Los Angeles Lakers at +400 odds. Although the Lakers missed out on Leonard in the offseason, they reeled in one of the biggest NBA stars in Anthony Davis. The former New Orleans big man joins LeBron James, who will be eager to prove he’s still the best in the game after missing the playoffs a season ago.

At +500 odds, the Milwaukee Bucks have the best odds of any team in the Eastern Conference. If Giannis Antetokounmpo continues to improve alongside this roster, the Bucks have a very good chance to improve on last year’s finish and reach the Finals.

While there’s a chance one of the L.A. clubs could run away with it, the 2019-20 championship appears to be up for grabs, and some of the biggest games of the regular season will determine who the top dogs are.

Key Spots in the NBA Schedule

We’ll get our first taste of the battle for Los Angeles supremacy on opening night when the Clippers and Lakers face off on Oct. 22. That evening will also feature the Pelicans and 2019’s top overall draft pick, Zion Williamson, against the defending champion Raptors.

NBA fans across the world will also have their sights set on Christmas Day, which features a slate of teams ready to contend for a title. In addition to watching the top teams go head to head, this is also a key spot in the season, because we get to see who’s gotten off to a great start, which teams are surprising us, and who’s struggling.

Dec. 25 will give us another installment of Clippers-Lakers, while some of the other big games include Bucks versus 76ers, and Rockets at Warriors.

NBA games also seem to have some extra juice when stars return to the arenas of their previous teams. So, look out for Nov. 27, which is when Anthony Davis and the Lakers go into New Orleans, while former Celtic Kyrie Irving takes his new-look Nets back to Boston.

Also, make sure to keep an eye on a few key dates. While the All-Star break will take place from Feb. 14-19, the NBA trade deadline is scheduled to be in early February. Be ready for some of the best teams to make a move or two with their sights set on filling any holes in the roster.

After all the dust has settled in the regular season, we’ll finally get to postseason basketball starting April 18. All playoff positioning will be decided on the last day of regular-season action, April 15, when 26 of the league’s 30 teams will play.