Betting Impacts of Anthony Davis to the Lakers 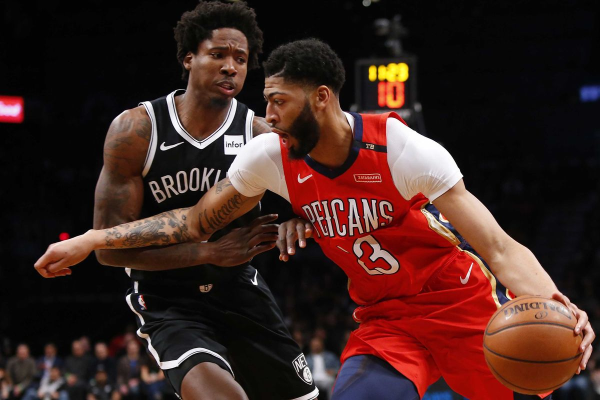 Anthony Davis to the Los Angeles Lakers is a blockbuster move, but what other impacts will it have betting-wise?

It’s a trade that shook the NBA world. In yet another NBA offseason full of drama, Anthony Davis is now a Los Angeles Laker, and while fans around the planet are clamoring about the craziness of the shift in Western Conference domination, as are gamblers.

That’s because, overnight, the Lakers added multiple-time All-Star Anthony Davis of New Orleans Pelicans fame to their roster, pairing him with three-time NBA champion LeBron James, who is, without argument, one of the greatest players to ever hit the hardwood.

So with both of these guys on the same squad, it’s basically a lock that they’re going to win it all, right?

Pretty much, at least according to the sportsbooks. Listed as 3-1 favorites to win it all, the Lakers actually opened at +450 in recent markets, but massive amounts of money pouring in on them pushed the number down to +300.

Aside from the immediate impact on futures odds, there are other impacts bettors should be aware of, and some of them aren’t as obvious as you may think.

One of the beautiful things about inflated prices is the ability to fade those inflated commodities. Case in point: the Lakers. With the addition of Davis, it remains to be seen how effective they’ll actually be together on the floor. To get Davis, the Lakers jettisoned Lonzo Ball, Josh Hart, and Brandon Ingram, all of whom were young players with potential for growth, especially Ingram.

At the cost of these players as well as draft-related considerations, the Lakers are selling their future to win in the present. As a result, the Lakers just got older, but they also got much more talented. That said, a lot more predicates a team’s success aside from two players.

Casual bettors love it when big names are added to a team because, in their mind, big favorites are a lock. For the sharper bettors, fading these inflated spreads and prices can often pay big dividends. For example: when the Miami Heat first added LeBron James to their team, their early outings weren’t as successful.

Aside from struggling game-to-game, the team would go on to reach the NBA Finals that year, only to lose it in stunning fashion to the underdog Dallas Mavericks, who opened as 20-1 dogs that year to win it all.

As a comparison, the Oklahoma City Thunder, Boston Celtics, and Denver Nuggets are all similarly priced at almost 20-1.

So the key takeaway: fade the favorites. Game-to-game bet against the Lakers in their early games. Not only will you enjoy inflated opening lines, but you’ll also get CLV (closing-line value) as squarer bettors pound them for money. You can easily profit as newly-composed squads tend to have shaky beginnings as they figure out chemistry, no matter how talented they happen to be.

This year’s NBA Finals saw a shocking victory that resulted in the end of one of the NBA’s most dominant dynasties. The Golden State Warriors lost in six games to the Toronto Raptors, who were heavy dogs to the Warriors in the Finals, but had you bet them earlier in the season, you could’ve had them for over +900, but throughout the season, their price fluctuated.

The moral of the story: bet some longshots, particularly out West. The Lakers, who missed the playoffs last year, are looking to compete for a championship overnight. Super-talented or not, it’s not going to be a cake-walk for them against teams with greater levels of cohesion and chemistry.

The Portland Trail Blazers at almost 30-1 odds and the Denver Nuggets are two great bets in the Western Conference as super long shots, both of which are ultra-competitive against the conference’s most highly-favored teams.

While a Lakers championship seems like a done deal to the majority of sports media, remember, in sports betting, there’s always value hidden beneath the noise.