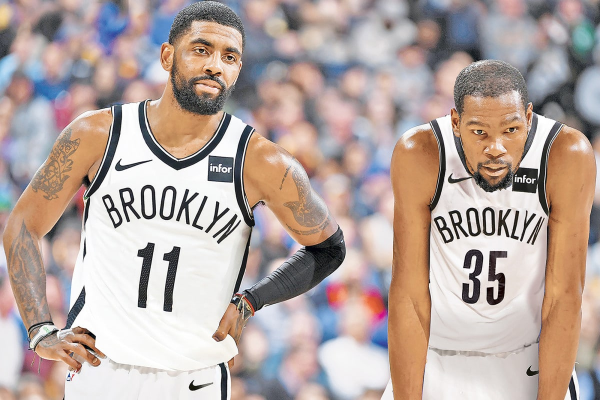 The free agency madness isn’t over, but it hasn’t stopped oddsmakers from updating titles odds for this upcoming NBA season

One of the most shocking outcomes of the present NBA free agent frenzy has been the recent news of Kevin Durant and KyrieIrving choosing to take their talents to the Brooklyn Nets. But they are not alone—not only are they also being joined by DeAndre Jordan, but there are also other major free agency moves occurring that are moving them into a totally different situation, resulting in what is sure to be an ultra-dynamic shift in power, not only for casual fans and players alike but for those of us looking to make an extra buck on the game. What is sure to be one of the most dynamic outcomes of the NBA season, there is no doubt that there are going to be a lot of shifts in the eventual outcome of the season, but so far, the title odds have been moving as crazily as players from one team to another.

So where is the value—and which teams are seeing major over-valuation?

The Brooklyn Nets won the free agency free-for-all of 2019, no question. They landed Kevin Durant and  Kyrie Irving, who were undoubtedly two of the biggest names of the offseason. That said, those thinking they are a lock to win it all are a little myopic. Sure, on paper, the Nets are ready to win back-to-back NBAFinals with two of the NBA’s most dynamic scorers, but the game isn’t played on paper—it’s played in reality, where one of these players has a shredded Achilles tendon, and the other is just an undersized ball dominant scorer, albeit an incredible and mystifying scorer.

The Nets are still a very flawed team. They are small, and despite adding the likes of Deandre Jordan, they are a long way from instantly wrecking teams non-stop and easily scoring at will. This is a team that could be great in about two or three seasons, but presently, there are going to be those that waste money on the 2020 NBAFinals odds, and actually think they are going to win this year. The fact remains—the titles only shifted from 30-to-1 to 25-to-1, hardly anything worth writing home about as far as the odds are concerned. These are the odds that, while critical and important to keep in mind, are essential right on the money.

The Nets are keeping an eye on the future, and while neither Durant nor Kyrie will bring them a title, this is a team that by 2020 opening tip, could be one of the scarier teams in the league, assuming Durant is able to recover unharmed from his Achilles injury.

At one point, the Lakers were lambasted as being one of the biggest disappointments in the NBA. Now, teams are shaking in their sneakers at the thought of having to check LeBronJames and Anthony Davis at the same time, and what’s even more insane, they may be landing Kawhi Leonard. Barring anything shocking happening, the Lakers are going to have the best starting line-up in the league, hands-down.

If they are able to land Leonard, the projected titles odds will be -200—a 67-percent chance of winning the NBA FInals, which is unheard of price. There hasn’t been a team with that much of an anticipated victory since the Miami Heat featuring Chris Bosh, Dwyane Wade, and Lebron James. If there is a chance to get the Lakers at plus money, they are worth a look, but it should be noted the Lakers are going to be incredibly thin in their reserve corps.

While some might say that won’t matter, many a team have been pimped up and hyped to win the Finals, only to be disappointing. Word to the wise? Don’t dump your mortgage payment on these futures, but definitely keep an eye on them as there may be value in fading them.