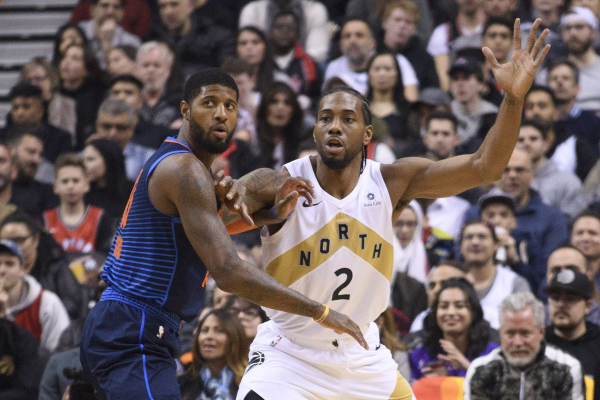 The Western Conference has been the undisputed territory of the Golden State Warriors going on more than five years. But with the recent trades and deals that went down during this year’s NBA offseason, it’s quite clear that there is a new sheriff in town, and this one is clearly in Los Angeles. Except it’s not for the Los Angeles team that you would traditionally think.

Rather than being the Lakers, it’s clear that the Los Angeles Clippers are putting together a similarly respectable roster, a roster that hasn’t seen such a shake-up since the acquisition of Chris Paul in the long-gone “Lob City” Clippers that consistently earned praise as a championship contender. While the Clippers were certainly an impressive squad at that time, there’s no question that they have yet to have a team with this much depth and talent, perhaps in their entire franchise’s history.

With the addition of Leonard and George to an already deep Clippers team, which as an eighth seed took the runner-up Warriors to six games in last year’s playoffs, there’s no doubt that this is a team with serious talent and firepower. With the addition of Leonard, who has proven he can turn even the most unlikely of teams into a winner, there is no doubt that the Clippers can legitimately test anyone in the league for an NBA title.

But should you be betting on it?

One of the biggest shifts in the betting market happened when Kawhi Leonard officially let it be known that he had signed with the Clippers, joining newcomer Paul George on a revamped roster. With the likes of Patrick Beverley, Lou Williams, Landry Shamet, and Montrezl Harrell, this is a team that has the grit and eye-talent that old school basketball fans like and the advanced defensive stats that nerds can appreciate.

In sum, there is justification in setting the Clippers as the odds-on favorite to win the whole thing, but here’s the problem: We haven’t played a single game yet.

As with any heavily favored team, it’s unwise to place your money on an unproven commodity. Despite the fact teams like the Denver Nuggets and Portland Trail Blazers have also gotten better, filling their squads’ biggest need — frontcourt depth with a freakish talent in Hassan Whiteside for Portland and a remotivated and more experienced Nuggets team — there’s no reason the Blazers or Nuggets at much better value can’t compete for the championship over Leonard or the heavily inflated Los Angeles Lakers at +400.

Plain and simple: to put a considerable wager on a team that moved from 35-to-1 to fewer than 3-to-1 odds overnight, is the epitome of getting horrible value for a wager. Instead, those looking to snag the Clippers should’ve done so when there was still value.

On the plus side, this inflated marketplace means that teams with a lot of value are still on the market and available for wagering. Another team with a lot of value is the Utah Jazz. By adding Michael Conley, Emmanuel Mudiay, and Bogdan Bogdanovic, the Jazz got a lot deeper, helping an already strong starting lineup led by rising star Donovan Mitchell.

Presently, what we’re seeing is one of the deepest upcoming seasons that the NBA has had in a long time, and there’s already a lot of value in taking one of these cheaper squads at long-shot odds. If you’re looking for a prime time to gamble, this is definitely it, because we may not see a season this wide open for a long time.