Yankees vs. Athletics (August 28): Can Schmidt Lead Yankees to 6th Win in 7 Games? 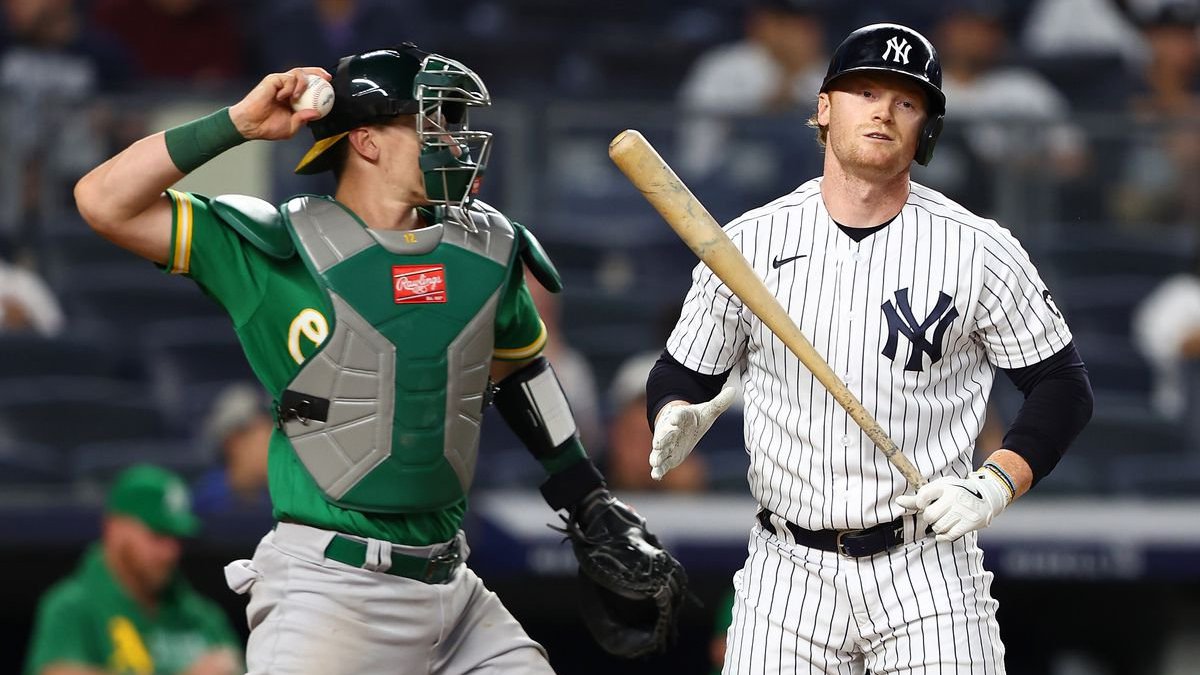 The Yankees host the Athletics in the final game of a 4-game set. New York holds a 2-1 series edge, and they have been playing good baseball over the past week.

The Yanks dropped the game last night, but prior to that, they had won 5 games in a row. They will aim for their second straight series victory, after being outmatched in their previous 6 series.

The Athletics haven’t set the baseball world on fire during their last week of play. They are potentially on their way to a second straight series loss after dropping 2 of 3 to the Marlins earlier in the week.

The Yankees have the edge in the odds on the road. According to FanDuel, New York is favored in the moneyline and the run line.

Game odds are via FanDuel. This article may also include odds from other legal online sportsbooks.

Adrian Martinez, the 25 year old Mexican right hander for the Athletics, has not had an easy time in the Big Leagues. In his debut season this year, he has a 2-3 record, and has failed to get through 5 innings in 3 of 5 starts.

The trend points to him having success if he goes 5+ innings. The only two games that he has lasted that long have resulted in a win.

Martinez has also had an issue giving up home runs. He has allowed at least 1 home run in each of his last 4 starts. In 2 of those games, he gave up 2 of them.

He isn’t quite striking out a batter per inning, and he has walked 7 batters in his 5 starts. MArtinez is still young, and it shows in his production on the mound. Getting deep into games will be necessary for him to find success.

On the other side, Clarke Schmidt has only made 1 start this season. The third year player from Georgia has put up solid numbers as a reliever, but he has not pitched more than 3.1 innings in any game this season.

The long-term reliever has a 5-2 record, and in his only start of the season, he went 3 innings, allowing only one hit and striking out 5.

Schmidt has 2 saves this season, and he is used to coming into stressful late game situations. He only has 2 home runs against him in 33 innings pitched.

Can Schmidt start the game off strong and set the table for a bullpen game? Or will Oakland come out trying to ambush him early and often?

The Yankees have a hot streak still intact, even with the loss yesterday. They have a perfect opportunity to rough up a young pitcher who has failed to go past the 5th inning.

Expect the Yankees and Athletics to use a lot of bullpen pitchers in this game. It should keep the hitters guessing, so the Under may be something to look into.

The Yankees have the best value on the run line, but there could be something with the Over/Under, as the lines are pretty close.