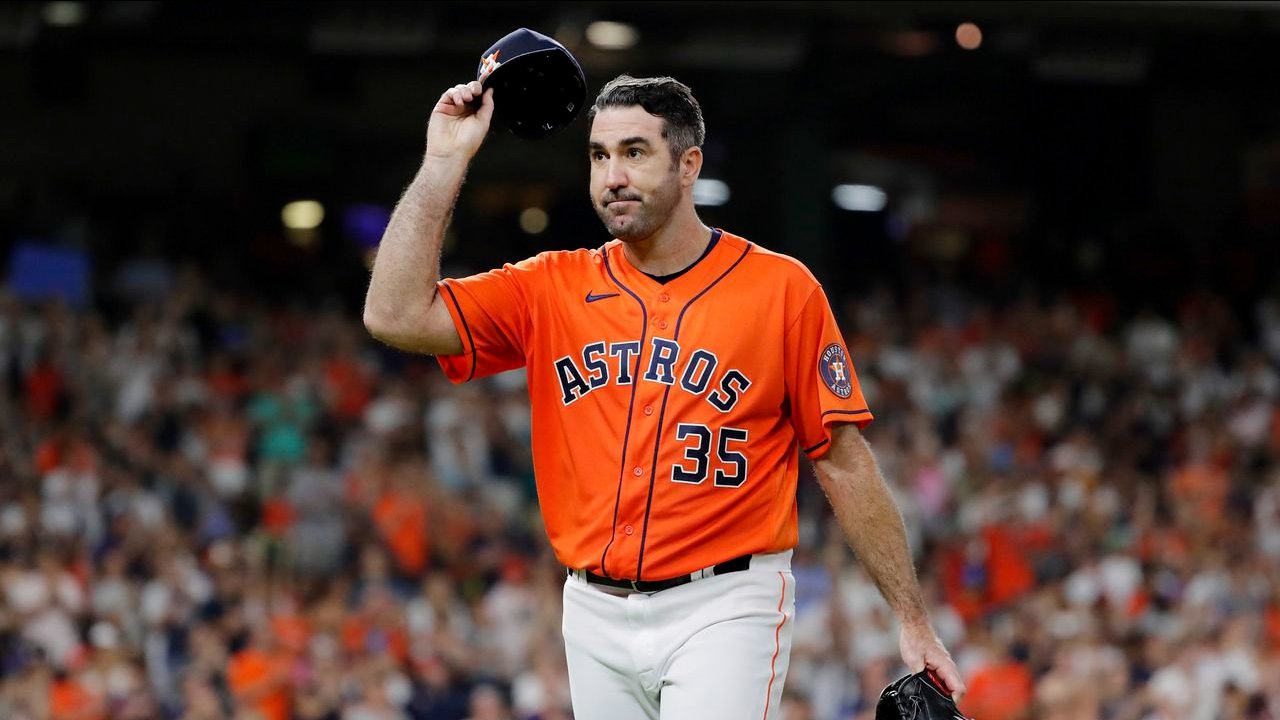 After finishing off the Cleveland Guardians in a belated end to their American League Division Series, the New York Yankees will be dealing with quite the quick turnaround to take the field for Game 1 of their ALCS matchup with the Houston Astros tonight.

Game 5 against the Guardians was originally set for Monday night but was postponed to 4:07 p.m. Eastern yesterday due to poor weather.

Tonight’s opener at Minute Maid Park is scheduled to start at 7:37 p.m. Eastern, just over 24 hours after the AL East champions wrapped up a series-clinching 5-1 win over Cleveland.

This will be the third ALCS matchup between the Yankees and Astros in the last six MLB seasons. Will the third time be the charm for the Bronx Bombers after losses in 2017 and 2019?

Houston is a firm favorite for the opener and for the series (-185 to win the series, according to FanDuel, with New York at +150), but a win over Justin Verlander tonight would make the outlook a lot more positive for the Yankees.

The Astros had the head-to-head upper hand in the regular season, splitting four games at Yankee Stadium and winning all three meetings at Minute Maid Park.

Houston should have had a clean season sweep, but in the four-game series in the Bronx in June, they lost both the opener and the finale in walk-off fashion after holding a three-run lead in each game.

Taillon was let off the hook in that opener after allowing a season-high ten hits and six runs in 5.2 innings, with the six runs coming on three-run homers by Alex Bregman and Yordan Alvarez.

Verlander won the following game, as he allowed just one run, four hits, and a walk in seven innings in a 3-1 win.

When that series wrapped up, the Yankees were 7.5 games better than the Astros and on pace for an MLB-record 118 wins.

After Houston’s doubleheader sweep at home to open the second half of the season, the gap was only 2.5 games. In the end, the 106-56 Astros would finish seven games clear for the best record in the AL, with the Yankees not even reaching 100 wins.

Will the gulf between the two teams manifest itself tonight and over the course of the ALCS?

Verlander did struggle in Game 1 in the last round against Seattle, giving up six runs and ten hits in four innings.

But including that start, he has allowed than two runs only seven times in 29 starts this season, which includes only four instances in which he has surrendered more than three runs.

Three of those instances have come at home, with both regular season occurrences taking place in back-to-back starts in June, after which he shut down the Yankees at Yankee Stadium and then all was right with the world again.

This series may end up being a competitive one, which you would certainly hope to get when the top two seeds in the AL are facing off.

But the head-to-head results this season and the significant advantage that this Astros team has in terms of success at this point of the postseason, along with their prowess at home, have me firmly in their corner for tonight and for the series ahead of the action.

I got burned backing the Padres to win in Game 1 against the Phillies, and I can own that. But the pitching matchup in that one was at worst even for Game 1 in San Diego.

It’s not here, as much as I like what Taillon has done for the most part this season. And while teams are certainly accustomed to quick turnarounds, I don’t envision the Yankees successfully navigating this quick turnaround.