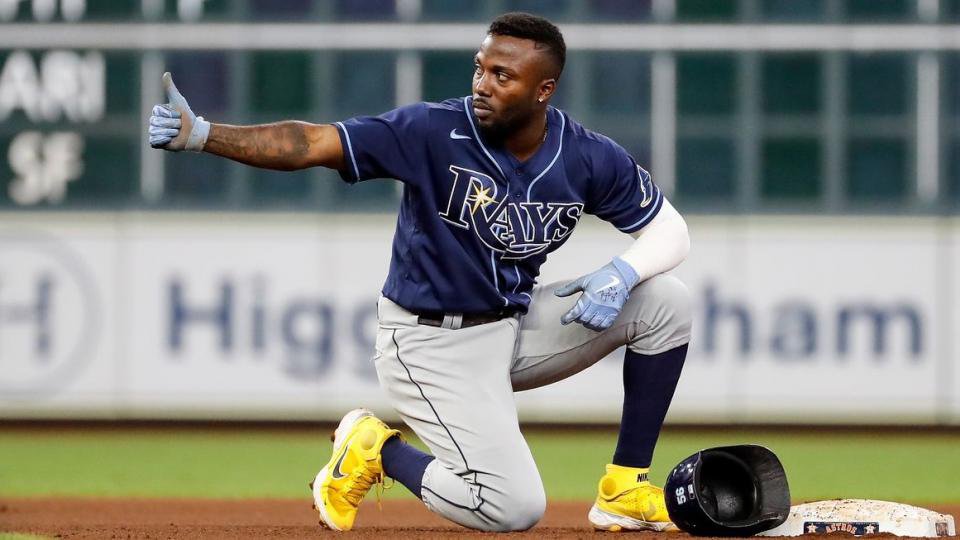 For much of the season, the New York Yankees have been living life comfortably atop the AL East standings. However, that could change this weekend if they have a rough weekend on the road against the Tampa Bay Rays.

The top two teams in the AL East are set for three huge games at Tropicana Fiel starting tonight, and the opener could very well set the tone for the rest of the weekend.

Exactly a month ago, the Yankees were 15 games ahead of the Rays in the AL East standings. Since then, the Rays have gained nine games.

Just in the last handful of days, Tampa Bay has gained 2.5 games. They will enter the series on a three-game win streak, while four losses in five games for New York have set them up for a pressure-filled weekend.

Game odds are via FanDuel. Odds from some of our other recommended sports betting sites may also appear in this article.

Will the Rays Rise to the Occasion and Pile on More Pressure in the AL East?

Last weekend, the Rays had what appeared to be a pretty ill-timed series loss to the Boston Red Sox, as they lost two of three at Fenway Park to a team that had lost six of seven.

But the Yanks didn’t extend their lead, as they lost the last two games of their four-game series at Oakland. And a trip to Anaheim to start this week was equally unsuccessful. New York won on Tuesday but failed to make the most of early leads on Monday and Wednesday.

The decisive blow on Wednesday was a three-run blast by Shohei Ohtani off of Gerrit Cole to make a loser out of Cole and a winner out of Patrick Sandoval, but yet another underwhelming performance at the plate for the Yankees did them in just as much as Cole leaving a fastball right down the heart for Ohtani to destroy.

Over their last 21 games, the Yankees have scored more than four runs just three times:

In that stretch, they have scored exactly four runs three times and fewer than four runs 15 times.

Things don’t look too promising for tonight’s matchup either. The Rays are one of the league’s stingiest teams at home, giving up just 3.48 runs per game at the Trop.

Since a 10-3 loss to the Baltimore Orioles on August 12, the Rays have allowed fewer than four runs 14 times in 18 games, including in each of their last ten home games.

Springs gave up five runs and eight hits in six innings at Fenway last Saturday, but in 12 home appearances (seven starts), he has yet to give up more than three runs in any start or appearance.

Can German pitch well enough to overcome another poor showing at the plate?

They will certainly have a chance if he pitches as well as he did at Oakland last Saturday (7.2 IP, 3 H, 0 R, 0 BB, 5 K). But just as they did in his previous four road starts, the Yankees lost, falling 3-2 in 11 innings. So, even a gem like that one might not be enough.

And after scoring five runs in his first road start this season, New York has scored just six runs in his last four.

If the odds hold, the Yankees will be a road underdog for just the ninth time all season. They have split the first eight times, but we expect that record to go under .500 and for their lead in the AL East to shrink even further.