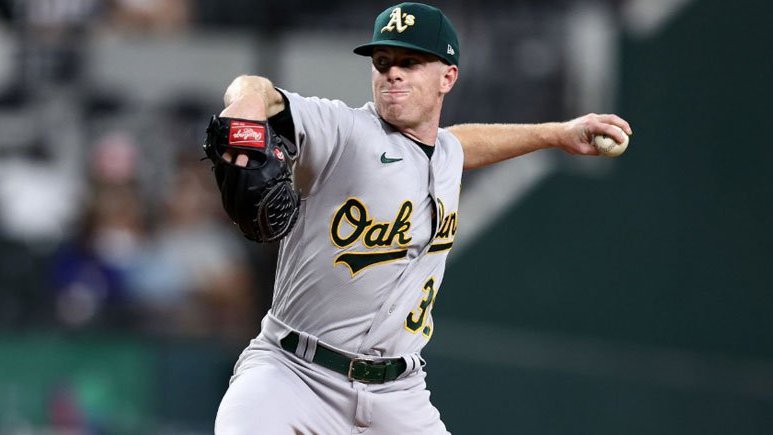 Is it safe to say now that the fog has lifted for the New York Yankees?

With four consecutive wins, the Bronx Bombers have strengthened their position atop the AL East and perhaps put a rotten second-half stretch behind them.

And with a 13-run outburst in last night’s win over the Oakland Athletics, their bats may now have returned after weeks spent mostly wandering in the wilderness.

We’ll get a better idea tonight as they face a former teammate in JP Sears, who has thrived since being dealt to Oakland in the Frankie Montas earlier this month.

Game odds are via FanDuel. This article may also include odds from other legal online sportsbooks.

Bronx Bombers’ Bats Bid to Build Off of Big Outburst

Prior to last night’s series opener in Oakland, the Yankees had scored more than four runs just once in their previous 14 games.

And they went into the game with three consecutive 4-2 wins, so even though the wins had resumed, they weren’t exactly thriving at the plate yet.

But last night, they scored four runs in the second and followed it with four more in the third, two in the fourth, and three in the seventh as rolled to a 13-4 win.

In the win, seven players had multi-hit games, and none of them were Aaron Judge, who went 1 for 4 and drove in his league-leading 106th run of the season.

Gleyber Torres (.210), Anthony Rizzo (.202), and Josh Donaldson (.159) each had multiple hits last night, but they have low averages against lefties.

But catcher Jose Trevino, who was 2 for 5 with an RBI and three runs scored last night, is hitting .362 (17 for 47) against lefties and worth backing to have another multi-hit game (+310 at FanDuel at the time of writing).

But the A’s found prosperity hard to come by against Jameson Taillon (6 IP, 6 H, R, 0 BB, 2 K) and likely will again against Cole.

But those numbers are pretty awful, so there’s no reason to be confident that they will get to Cole, who hasn’t won any of his four starts this month and allowed four runs, five hits, and two walks in six innings against Toronto last Saturday.

Even though this is a tricky matchup for New York, I expect them to keep building on what they have done over the last several days. And after not winning in his first six starts in the second half, Cole will grab his first win since July 17.