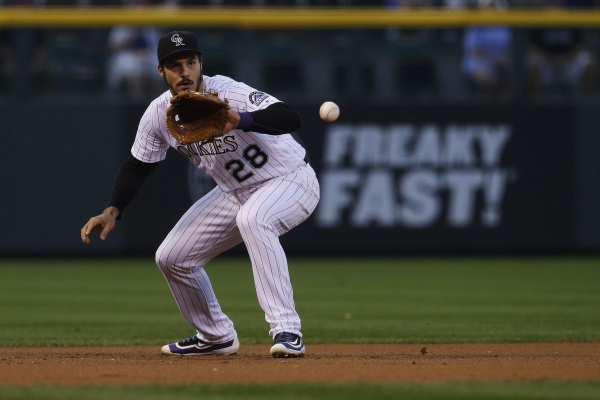 While neither team is leading their own divisions, the Colorado Rockies and St. Louis Cardinals still have aspirations of the postseason. For the Rockies, they currently sit just ½ game back of the Arizona Diamondbacks (the Dodgers are also just ½ game back in a crowded NL West). The Cardinals have a little bit more work to do. They are currently 5 games back in the wild and 7.5 out of the NLCentral.

For both August is going to be a big month in terms of their postseason chances and both want to get the month started off the right way on Wednesday. After splitting the first two games of the four game series, the Colorado Rockies (58-48) will travel to Busch Stadium to take on the St. Louis Cardinals (54-53). The Rockies wills end lefty Kyle Freeland (9-6, 3.13 ERA) to the mound to square off with the Cardinal’s Luke Weaver (6-9, 4.70 ERA). First pitch is scheduled for 8:15 pm ET.

The moneyline for Wednesday’s game is set at the Colorado Rockies +120 andthe St. Louis Cardinals -130. The over/under for runs scored is set at 8.

With four teams within five games, including three within a half game of one another, the last third of the season is going to be a wild one in the NLWest. Looking to capitalize on their opportunity, the Rockies will send Kyle Freeland to the mound on Wednesday. On the season, Freeland is 9-6 with a 3.13 ERA, 1.23 WHIP and opponents are hitting .238 against him. In 126.2 innings, he has 100 strikeouts and 44 walks. In his last outing, a 3-1 win over the Oakland Athletics, Freeland went 6 innings, giving up no earned runs and striking out 6.

While there have been some roster moves over the course of the last several days, including the trade of Tommy Pham to the Rays on deadline day, the Cardinals still have hope for the postseason. With time running out, they are going to have to start playing better, more consistent baseball in a hurry. On Wednesday, the Cards will throw righty Luke Weaver in the third game. This season he is 6-9 with a 4.70 ERA, 1.38 WHIP and opponents are hitting .264 against him. In 113 innings he has 103 strikeouts and 41 walks. In his last start, a 5-2 win over the Cubs, Weaver went 6 innings, giving up 2 earned runs and striking out 5.

I really like the Rockies in this one. Even though he can be inconsistent at times, when Kyle Freeland is on he is tough to beat. This lineup can do some damage throughout and I think they are going to be to much for Luke Weaver and the Cardinals. For example, albeit in a small sample size, Nolan Arenado, Charlie Blackmon and Carlos Gonzalez are a combined 5 for 5 against Weaver with a home run and I think Cards could be in trouble. Take the Rockies at +120.