Blue Jays vs. Guardians (May 6): Back Gausman, Jays in Cleveland 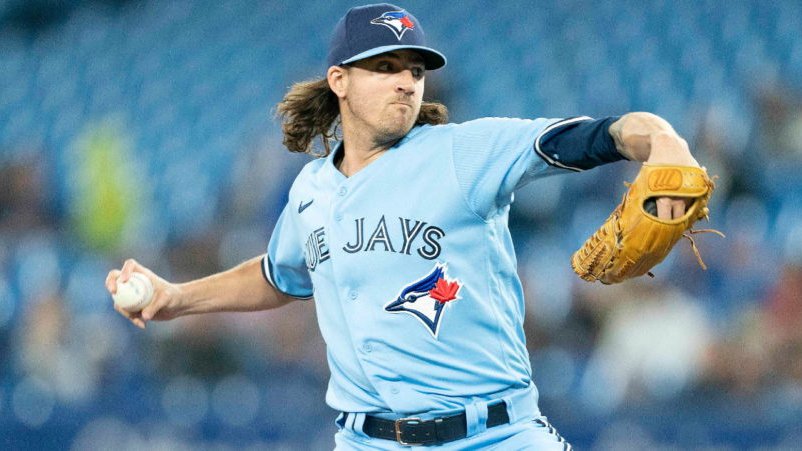 Two of the leading AL Cy Young Award contenders will in action tonight in Cleveland, as Shane Bieber and the Cleveland Guardians face off against Kevin Gausman and the Toronto Blue Jays.

Entering today’s MLB action, 2022 AL Cy Young Award odds at FanDuel have Gausman and Bieber, who won the award in 2019, in the top four.

A stellar streak is on the line tonight at Progressive Field, as Gausman has yet to allow a walk across five starts and 31.1 innings pitched this season. In this outing, he will face a lineup that ranks 20th in the league in walks but has the seventh-fewest strikeouts in the majors.

Bieber, meanwhile, has started well in 2022 after being limited to only 16 starts in 2021. His record doesn’t show it yet, but a second Cy Young is a serious possibility for Bieber if he keeps up his current form.

Which Cy Young contender will come out on top in this matchup in Cleveland? Keep reading to find out our Blue Jays vs. Guardian prediction and picks for tonight’s showdown of talented arms.

Blue Jays vs. Guardians Probable Starting Pitchers for May 6

Blue Jays vs. Guardians odds are via FanDuel. This article may also contain odds from our other top reviewed and recommended sportsbooks.

Is Another One-Run Game in the Cards Tonight in Cleveland?

In last night’s series opener, Toronto struck first with two runs in the top of the 1st. But Cleveland scored six runs across the second, third, and fourth and then held on for a 6-5 win.

By comparison, Toronto had only 30 one-run games last season and did not reach 14 one-run games until the 66th game of the season.

There’s a good chance that we have another such game tonight. Of Gausman’s first five starts, four ended up being one-run games. And while Cleveland has only seven one-run games to date, they enter tonight’s game having played three consecutive one-run games.

Toronto Blue Jays vs. Cleveland Guardians May 6 Prediction and Picks

Along with a pretty sparkling record in one-run games, Toronto has also been outstanding at bouncing back well from losses.

Monday and Tuesday’s losses to the New York Yankees marked the first time this season that the Blue Jays lost consecutive games. They promptly nipped that in the bud by beating the Yankees in the series finale on Wednesday.

For the season, Toronto is 9-1 following a loss, with their .900 win percentage ranking first in the majors. Cleveland counters that pretty well with an 8-3 record after a win–which is also tops in the majors–but we are riding with the better team and the better current pitcher to prevail tonight in Cleveland.

If you are betting on Toronto to win and want to get in on some additional betting value, you can also take the Blue Jays to win by one to three runs (+140 at FanDuel).

For maximum value, you can back exact margins, with a one-run win coming in +440, a two-run win at +600, and a three-run win at +850. Given that 20 of Toronto’s 27 games to date have been decided by one, two, or three runs, and the fact that ten of Cleveland’s 13 losses have come by one, two, or three, there is a lot of backing each of those outcomes over the blanket one-to-three-run bet.

It has been a miserable month for the Seattle Mariners, and things are unlikely to get any better tonight as they welcome AL Cy Young Award favorite Justin Verlander and the Houston Astros to T-Mobile Park. After just missing out on the MLB playoffs last season, the Mariners entered this season with hopes of finally END_OF_DOCUMENT_TOKEN_TO_BE_REPLACED