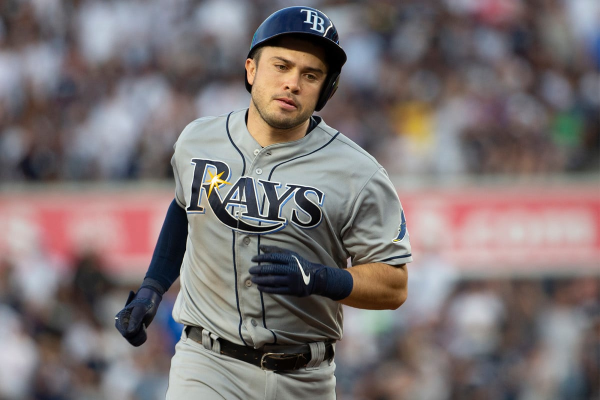 Sunday features a matchup of AL East versus AL West as the Tampa Bay Rays take on the Seattle Mariners at T-Mobile Park. For the Rays, they sit just under 8.5 games behind the Yankees in the division but currently sit in the second Wild Card spot in the American League.  For the Mariners, they have plummeted in the standings since getting off to a hot start in the first month of the season.  They sit in last place in the AL West and are essentially out of the Wild Card picture as well. At this point for the Mariners, they are just trying to find positives moving forward.

The matchup for this contest features southpaw Ryan Yarbrough (10-3, 3.90 ERA) going for the Rays while the starter for the Mariners has yet to be announced.  First pitch for this contest is scheduled for 4:10 pm ET.

At the time of this writing, the moneyline and over/under have not been posted for this contest, so make sure to check in prior to the game beginning.

Rays Trying To Stay Ahead

While winning the division may be a bit of a pipe dream at this point for Tampa Bay, the Wild Card is still definitely in play. To try to stay in contention, they will turn to lefty Ryan Yarbrough Sunday to win game three of the series. On the season, Yarbrough is 10-3 in 19 games (only five starts) with a 3.90 ERA, 0.96 WHIP and opponents are hitting just .219 against him.

In 90 innings, Yarbrough has allowed 73 hits, 39 earned runs, nine home runs and has struck out 70 versus 13 walks.  In his last outing, a 7-6 extra-inning win over the Blue Jays, Yarbrough did not start but went 4 2/3 innings, allowing three runs (one earned) on four hits and a walk while striking out five.

On the offensive side, Austin Meadows has been one of their most consistent hitters all season.  He is hitting .289/.361/.534 with 19 home runs, 56 runs batted in, and 50 runs scored.  He leads the team in both home runs and runs batted in and sits third in runs scored behind Tommy Pham and Yandy Diaz, who are both dealing with injuries.

In the last 30 days, Travis D’Arnaud has been one of the best hitters for the team.  In 77 at-bats over that time, he is hitting .312/.404/.623 with seven home runs, 24 runs batted in and 18 runs scored.  The Rays’ offense will look to take it to a struggling Mariners pitching staff.

After a trade deadline that saw the Mariners actively shopping players, they now look to focus on the future with this team. Unfortunately, the Mariners have some tough times ahead of them and struggled mightily for most of this season. There is no announced starter at this time, and it may end up being a bullpen-type day for Seattle.  After using an opener and Tommy Milone on Saturday, it could be a taxed bullpen if they do have to go that route.

Even without knowing the game three starter for Seattle, my expectations still shift to Tampa Bay.  Their pitching has been dominant, and Ryan Yarbrough has been more than serviceable when put into the starter’s role.  In addition to that, even with Yandy Diaz and Tommy Pham out, I still like the Rays’ offensive abilities more than that of Seattle from top to bottom. For my money, I am taking the Rays in this one.