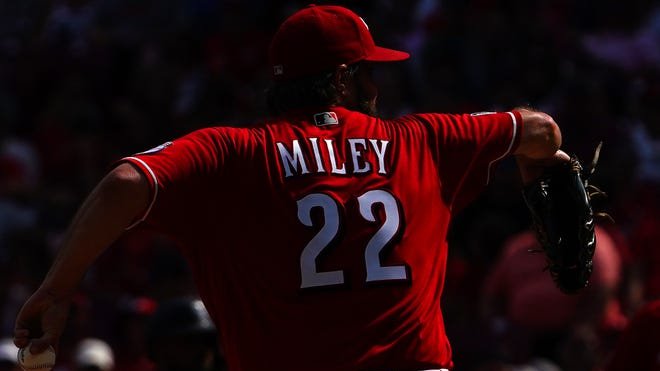 For much of the season, it looked like the two wild-card berths in the National League would go to whoever finished second and third in the NL West. But with the San Diego Padres in a second-half nosedive, the Cincinnati Reds have moved ahead for that second berth. But now it looks like we have a tight four-horse race on our hands, and tonight’s matchup between the Cardinals and Reds could tighten things up even more. The Milwaukee Brewers are a big MLB betting favorite for the NL Central title, but the chances are strong that they won’t be the only NL Central team still in action in October.

It has been an up and down season for the Cardinals, who were eight games over .500 in late May and then under .500 in June, July, and early this month. But since sitting at 53-55 on August 5, the Cardinals have gone 14-8 to re-enter the playoff discussion. They’re only 6-7 in their last 13 games, but they have won three of four, including Monday’s series opener in Cincinnati.

The Reds, meanwhile, have relinquished their advantage in the standings almost as quickly as they got it. Monday’s loss was their third in a row and fifth in seven games, and with the Padres winning last night, the Padres and Reds are now tied for the second NL wild-card spot. The Cardinals are now only 2.5 games behind, as are the Philadelphia Phillies.

Will the Reds halt their slide this afternoon, or will the Cardinals increase the pressure on their division rivals?

St. Louis Cardinals vs Cincinnati Reds odds are via FanDuel Sportsbook as of Wednesday, September 1, 2021 at 11:30 a.m. ET. Want to see betting odds from several top online sportsbooks for the day’s other MLB matchups? Check out our MLB odds.

The Reds made the playoffs last season despite being a poor offensive team, hitting a bunch of homers (90, which was seventh in MLB) but doing little else (last in average and hits, 27th in runs scored).

This season, they have been one of the league’s top all-around offensive teams, led by All-Stars Nick Castellanos and Jesse Winker, the resurgence of veterans Tyler Naquin and Joey Votto, and NL Rookie of the Year favorite Jonathan India.

But the bats have gone ice cold, producing only one run in each of their last three games. The pitching has done its part, limiting the Miami Marlins to two runs on Sunday and the Cardinals to three Monday. But the offense managed only two hits in Sunday’s 2-1 loss and was held to only two again in Monday’s 3-1 loss.

On the positive side, another strong performance on the mound should be expected. In his last 16 starts, Miley is 7-0 with a 2.41 ERA with 11 quality starts. In August, he was 3-0 with a 2.05 ERA, and he pitched seven shutout innings in Miami last Friday. Miley has pitched well in two starts against the Cardinals this season, allowing only two runs in 11 innings.

The Cardinals will be hoping for similar from Mikolas, who is making only his fourth start of the season. In his last start, he allowed three runs and eight hits in 4.1 innings last Thursday against the Pittsburgh Pirates, receiving a no-decision in the Cardinals’ 11-7 loss. In his career, Mikolas is 1-2 with a 4.50 ERA in three starts at Great American Ballpark.

You can’t keep a good offense down for long, and even if the Reds don’t fully return to form this afternoon, I like them to put their last few games behind them and put some runs on the board on the way to a win.

However, I do like the Cardinals to strike first against Miley. Leadoff hitter Tommy Edman, two-hole hitter Paul Goldschmidt, and cleanup man Nolan Arenado have all done well against Miley. Edman has four hits in a dozen at-bats (.333), Goldschmidt has six hits in 14 at-bats, and Arenado has eight hits in 20 at-bats and also has walked five times against Miley. Also, three-hole hitter Tyler O’Neill has a respectable .357 OBP against Miley, registering two hits and three walks in 14 career plate appearances.

The 2022 French Open is underway at Stade Roland Garros in Paris, France, and we are already almost through the first week of play. Tomorrow, the remaining third-round matches will take place, after which the men’s and women’s singles draws will be down to their final 16 contenders. In both men’s and women’s singles, there END_OF_DOCUMENT_TOKEN_TO_BE_REPLACED