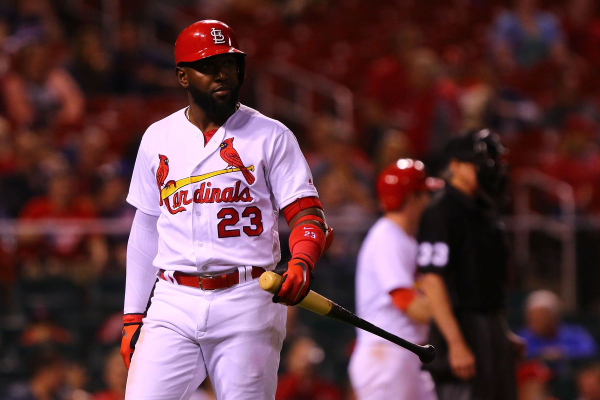 Monday night kicks off the first of a three-game series between the St. Louis Cardinals (9-6) and the Milwaukee Brewers (10-6) from Miller Park in Milwaukee.  The Cardinals split their two-game series with the Cincinnati Reds in Mexico over the weekend with the Cardinals taking the game Sunday, 9-5.

In the win, John Gant picked up the win in relief while Jordan Hicks picked up his third save of the season. For the Brewers, they were pounded by the Dodgers on Sunday, losing 7-1 on the road.  Monday’s matchup will feature Dakota Hudson (0-1, 2.79 ERA) taking the mound for the Cardinals against the Brewers’ Freddy Peralta (1-0, 6.91 ERA).  First pitch for this contest is scheduled for 7:40 pm ET.

The money line for Monday’s game is set at the St. Louis Cardinals +127 and the Milwaukee Brewers -137.  The over/under for runs scored is set at 9.5.

If the first part of the season has shown us anything it is that the Cardinals might be here to stay when it comes to competing in the NLCentral.  After last year, where the division was dominated by the Brewers and Cubs, St. Louis seems poised to mix it up this season behind a really solid offense and an interesting pitching staff.  Taking the ball for the Redbirds on Monday will be DakotaHudson.  On the season, Hudson is 0-1 with a 2.79 ERA, 2.07 WHIP and opponents are hitting .310 against him in 3 games (2 starts).  In a total of 9.2 innings, he has given up 13 hits, 3 earned runs, 3 home runs and 10 strikeouts versus 7 walks.  This will be the second time Hudson has faced the Brew Crew this year as the first time he went 4.1 innings, allowing 7 hits, 3 home runs, and 3 earned runs.  He struck out 6 while walking 2 in that contest.  He will look for a better outing on Monday.

Offensively, Paul DeJong has been one of the hottest hitters for the Cardinals in the early part of the season.  He is hitting .306/.368/.597 with 3 home runs, 7 doubles, 1 triple, 8 runs batted in and 14 runs scored.  One thing the Cardinals haven’t been short on is an offense.

They currently rank 8thin the major leagues with a run differential of +12.  In comparison, Milwaukee comes in 18thwith an even 0.0.  In the power department, they have 4 players with 3 home runs or more in Paul DeJong (3), Kolten Wong (4), Marcell Ozuna (5) and Paul Goldschmidt (6).  Against a potent Milwaukee team, they will need to be solid on both sides of the ball in this one.

At 10-6, the Brewers have jumped out to an early lead in terms of claiming dominance in the division.  With a pesky Cardinals team coming to town, though, they would love to get a series win.  That will start behind the arm of Freddy Peralta on Monday.  It has not been the best of starts to the season for Peralta.

Just like the Cardinals, the Brewers’ offense can beat you from top to bottom, but it is hard to dismiss how good Christian Yelich is on that team.  Thus far he is hitting .328/.425/.639 with a 1.064 OPS.  He has 5 home runs, 15 runs batted in, 14 runs scored and 3 stolen bases. He has also walked 10 times while striking out 11.  Throw in players like Lorenzo Cain, Yasmani Grandal, Mike Moustakas, Travis Shaw and others, and the Brewers can be a team that puts up runs in bunches when all things are clicking.

Toss Up Leads To Taking Underdogs

Both offenses have been solid and I like both bullpens (although admittedly I like any bullpen that has Josh Hader in it a little better), so this one comes down to the starting pitching.  With that in mind, neither of these starters exactly jump off the page as dominant.  While the ERA for Hudson doesn’t look awful, the Brewers have already shown that they are capable of putting up runs against him and Peralta struggled mightily in his last outing.  With that in mind, this game is a toss up to me, which means my money will go to the value bet and that is with the Cardinals, who come in as the underdogs in this one at +127.  I can’t say that I would blame you if you went either direction, but for me, I am taking the Cardinals in the opener.