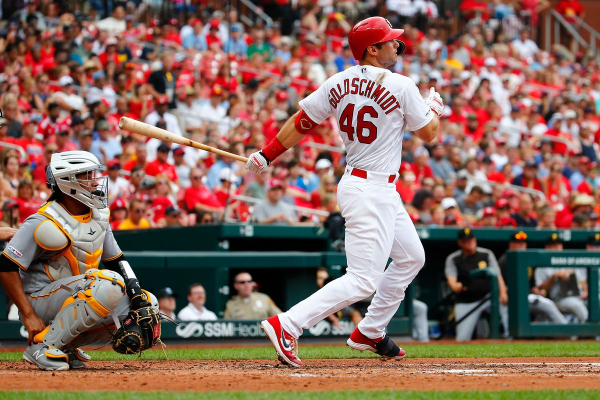 It is a National League battle of Central versus West on Tuesday as the St. Louis Cardinals (81-62) travel to Coors Field to take on the Colorado Rockies (60-84). The Cardinals have been rolling of late, winning six of nine in September and expanding their NL Central lead to four games over the Chicago Cubs.

For the Rockies, it has been almost a complete opposite as they have struggled to find consistency and currently sit dead last in the NL West, a whopping 32.5 games behind the first-place Dodgers. Still, for the Rockies, they would love to play spoiler, while the Cardinals are hoping to finish the season strong to claim the NL Central.

The pitching matchup for this one features Michael Wacha (6-6, 4.98 ERA) going for the Cardinals against the Rockies’ Chi Chi Gonzalez (0-6, 7.29 ERA). First pitch for this contest is scheduled for 8:40 pm ET.

The moneyline for this matchup features the St. Louis Cardinals at -140 and the Colorado Rockies at +130. The over/under for runs scored sits at 13.

On the pitching side, it has been all St. Louis. They currently rank fifth in the majors in earned run average with a staff ERA of 3.84 (4.50 on the road). The Rockies come in second to last at 29th with a staff ERA of 5.64 (including an appalling 6.41 at home).

The Cardinals have expanded their lead in the NL Central to a more comfortable four games, and they certainly don’t want to squander that now. To keep up their winning ways, they will turn to Michael Wacha. On the season, Wacha is 6-6 in 25 games (20 starts) with a 4.98 ERA, 1.55 WHIP and opponents are hitting .286 against him.

In 112 innings, Wacha has allowed 124 hits, 62 earned runs, 25 home runs, and has struck out 96 versus 50 walks. Going to the pitcher’s nightmare that is Coors Field, Wacha will have to try to pitch well enough to give the Redbirds a chance.

In what was supposed to be a playoff-contending season for the Rockies, it has been anything but. That is in large part due to a pitching staff that has struggled throughout the season. Tuesday’s starter, Chi Chi Gonzalez, has been one of many examples.

On the season, Gonzalez is 0-6 in 10 games (nine starts) with a 7.29 ERA, 1.69 WHIP and opponents are hitting .279 against him. In 42 innings, he has allowed 46 hits, 34 earned runs, nine home runs and has struck out fewer batters (23) than he has walked (25). His last game, though, showed signs of improvement. In a 5-3 loss to the Dodgers, Gonzalez went 6 1/3 innings, allowing just three hits, three walks and two earned runs while striking out three. He will look to build on this Tuesday night.

Offensively, the Rockies can still hit. With players like Charlie Blackmon and Nolan Arenado on the team (along with Trevor Story, David Dahl when healthy, and others), this team has an opportunity to outslug their opponents nightly. Blackmon and Arenado have been especially impressive.

Taking The Rockies In A Slugfest

There is probably a good reason that the over/under on runs scored is 13. Coors Field is known for being a hitter’s paradise, and neither of these two pitchers is particularly strong. Admittedly, I have a hard time betting on either side because of how weak these pitchers have been, but when in doubt, I tend to go with the team with the better odds, especially playing at home.

In a slugfest, I will take Blackmon, Arenado, and Story all day long over the Cardinals’ offense. Again, it could go either way, but for my money, I am going to take Colorado at +130.