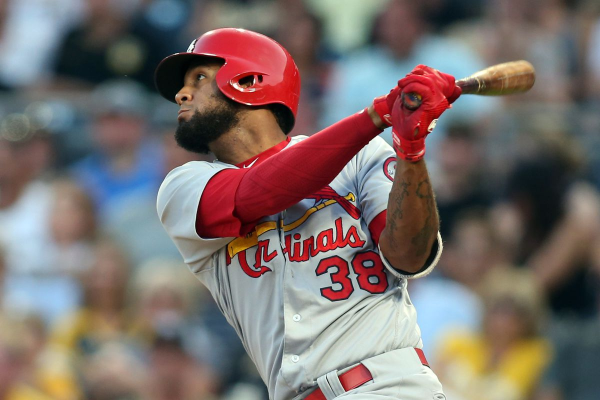 Tuesday night features a battle of NL Central versus NL East when the St. Louis Cardinals (22-19) travel to SunTrust Park to take on the Atlanta Braves (21-20). Both teams enjoyed an off day on Monday and will come into this one rested and ready to go.

For the Cardinals, they currently sit in fourth in the NL Central, 3.5 games behind the Chicago Cubs. The Braves currently sit in second in the NL East, but still trail the Philadelphia Phillies by three games. The pitching matchup for this one will feature Jack Flaherty (3-3, 4.32 ERA) going for the Cardinals opposite of the Braves’ Mike Foltynewicz (0-2, 5.94 ERA). First pitch in this one is scheduled for 7:20 pm ET.

The moneyline for Tuesday’s game is set at the St. Louis Cardinals -125 and the Atlanta Braves +105. The over/under for runs scored is set at 9.

Offensively, both of these teams are relatively similar. St. Louis currently ranks 10th in the majors with an average of 5.02 runs per game (4.61 on the road). For Atlanta, they come in just a handful of spots behind at 14th, averaging 4.78 runs per game (4.75 at home).

Pitching wise, the two teams are once again relatively close to one another. St. Louis comes in with a staff earned run average of 4.28 (good for 14th in the majors). Their ERA does jump up to 4.99 when they are on the road, though. For Atlanta, they rank 17th in the majors with a 4.38 ERA (4.18 at home).

With teams like the Chicago Cubs and the Milwaukee Brewers in the same division, the Cardinals know that every series and every game is important. It seems like just the other day they were atop the standings, and now they have slid down to fourth.

Trying to right the ship, the Cards will send out Jack Flaherty to the mound. On the season, Flaherty is 3-3 in 8 starts with a 4.32 ERA, 1.27 WHIP and opponents are hitting .248 against him. In 41.2 innings, he has allowed 40 hits, 20 earned runs, eight home runs and has struck out 47 while walking 13. In his last start, a 5-0 loss to the Phillies, Flaherty went five innings, allowing three earned runs (four runs) on four hits, three walks and struck out two. He will look to improve on this outing against Atlanta.

Still, aside from these three guys, the Cardinals are very deep with the likes of Paul DeJong, Yadier Molina, Kolten Wong and Yadier Molina in the lineup. They can truly beat you 1-8 (unfortunately Flaherty is only batting 0.91 this year, so I can’t say 1-9).

It has not been the best start of the season for Braves righty Mike Foltynewicz. After battling injuries early in the season, he has started 0-2 in his first three starts. In those three games, he has a 5.94 ERA, 1.44 WHIP and opponents are hitting a robust .284 against him.

In 16.2 innings, Foltynewicz has allowed 19 hits, 11 earned runs, five home runs and has struck out 10 while walking five. In his last outing, a 9-4 loss to the Dodgers, Foltynewicz went six innings, allowing five hits, four walks, and two strikeouts while allowing the Dodgers to score five earned runs.

This one comes down to the pitching. While Jack Flaherty has had his ups and downs, Mike Foltynewicz has downright struggled against the Cardinals in his career. In five career starts, he has an 8.06 ERA against them. Additionally, Matt Carpenter, Paul DeJong, Dexter Fowler, Jedd Gyorko, Jose Martinez, Matt Wieters, and Kolten Wong are all hitting .250 or higher against the righty with several home runs to boot.

Keep an eye out for Freddie Freeman for the Braves, who is 3 for 3 with a home run and three runs batted in against Flaherty, but I think the smarter money is on the Cardinals. For my money, I am taking St. Louis at -125.