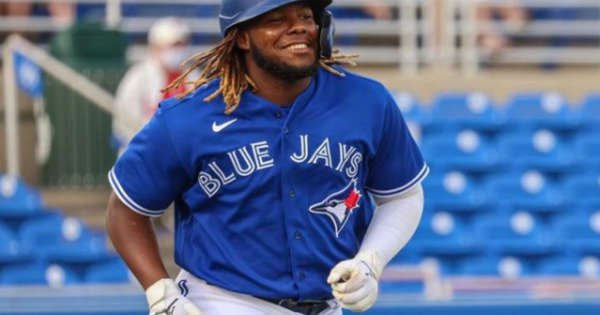 Happy Canada Day! The Blue Jays are not quite playing in their home in Toronto yet, but they finished June playing very well. They are in third place in the AL East thanks to an 8-2 finish to the month. Now they just need to get their bullpen squared away so they can have continued success.

Yesterday’s game was a disappointment as they lost in extra innings. Games at Sahlen Field in Buffalo can get pretty exciting thanks to a Blue Jays offense that is second in runs, batting average, and OPS, and first in homers. They are never out of a ballgame. Twice they came back to tie the game last night.

For Seattle, they got another close win. They won by two runs in extra innings but that is their specialty. They are 18-7 in one-run games this season. At some point, those numbers tend to flip but we have definitely seen teams hold onto that magic for a whole season.

That is why the Mariners are lurking in the American League even though their underlying metrics are not impressive. They don’t hit the ball particularly well and are not very strong on the mound. They are a good fade candidate moving forward.

Odds are via FanDuel Sportsbook as of Thursday, July 1 at 11:14 am ET. For MLB betting odds for today’s other matchups, check out our MLB odds.

Mariners in Limbo as July Starts

Seattle has to be given some credit for being over .500 and in third place in the AL West. I think most saw this as a team that would be floundering with Texas at the bottom of the division. Now they are in a tough spot though because they probably can’t reasonably compete with Oakland and Houston. So where do they go from here with their roster.

Unfortunately, their young guys have not really progressed the way they would have liked. OF Kyle Lewis has missed time and does not look as good as he did a year ago and OF Dylan Moore, who homered last night, is not even hitting .200 this season. It has been veterans 3B Kyle Seager and OF Mitch Haniger that have carried the team but it is probably time to deal them for future pieces.

OF George Springer is in the lineup and the offense has been rolling. Toronto might be led by the awesome 1B Vlad Guerrero Jr. but it is the whole lineup that makes it tough for opponents. Five players already have double-digit homers and more than 40 RBIs and 2B Marcus Semien is looking like the best free-agent pickup of the offseason, by anyone. With the weather heating up there is a lot to like about Toronto.

The major downside has been the bullpen. Lack of health has killed this group and they have already started to reinforce via a trade with the Marlins for sidearmer Adam Cimber. The move appears minor but if he can be steady it will make a huge difference. Julian Merryweather, Rafael Dolis and Ryan Borucki should all be back this month, so the bullpen headaches might start going away soon. Fingers crossed Jays Fans!

It is encouraging for the Mariners that Kikuchi might finally be getting comfortable in the Majors. This is is his best season by far, and his road splits are good. This is a terrible matchup though with the Jays' ability to load up against lefthanded starters. Ryu has been in the Majors longer and had no trouble adjusting to the MLB. He has not been as sharp over his last few starts, but backed by that lineup he is always a strong bet.

Mariners vs. Blue Jays Best Bet – Blue Jays -1.5 – Toronto lost last night but Ryu gives them an awesome chance to bounce back and a chance to not lean too heavily on the bullpen in doing so. I am not usually keen on run-line plays backing the home team because you lose an at-bat. But with the Jays offense, there is not as much risk. Toronto is 9-6 SU in Ryu’s starts this season. In seven of those wins, they have won by three runs or more.