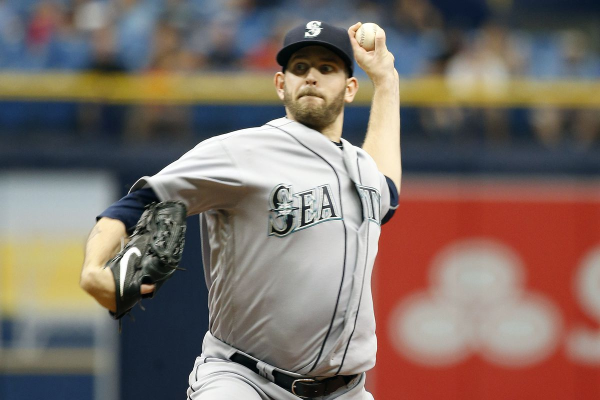 At 3-7 in their last 10 games, the Seattle Mariners are now on the outside looking in when it comes to the playoff picture. They currently sit in third place in the AL West, 6 games behind the Houston Astros and are one game behind the surging Oakland Athletics for the second wild-card spot. For the Toronto Blue Jays, their playoff aspirations expired a while ago. They currently sit 26 games behind the Boston Red Sox in the AL East and 13.5 games back in the wild card.

The moneyline for Saturday’s game is set at the Toronto Blue Jays +212 andthe Seattle Mariners -230. The over/under for runs scored is set at 7.5.

After taking the first two games of the series, righty MarcoEstrada will look to continue the trend as he takes the mound Saturday. On the season, Estrada is 4-8 with a 4.90 ERA, 1.35 WHIP and opponents are hitting .269 against him. In 93.2 innings pitched, he has 70 strikeouts, 28 walks and has allowed 16 home runs. In his last outing, his first since going on the disabled list with an injured glute muscle, went 4 innings, giving up 4 earned runs and 0 strikeouts in a 10-1 loss to the Athletics. As a possible August trade chip, the Blue Jays are hoping that he can get back on track against the Mariners.

Mariners Looking To Turn The Ship Around

The Mariners have been in a tailspin lately and are hoping that ace James Paxton can help turn around their fortunes on Saturday. On the season, Paxton is 9-4 with a 3.49 ERA, 1.05 WHIP and opponents are hitting .214 against him. In 126.1 innings, he has 163 strikeouts, 33 walks and has allowed 16 home runs. In his last outing, a 2-0 win over the Houston Astros, Paxton went 7 innings of shutout ball, striking out 8. The last time he faced Toronto, he threw a no-hitter.

I really like James Paxton in this matchup. He has truly emerged into an ace this season and we already know what he can do against Toronto (he went 9 innings, 0 hits, 3 walks and 7 strikeouts back on May 8th). Even more, I do not like Marco Estrada in this one. He hasn’t been particularly good this year and making his second start since coming off the disabled list, I am not sure that this one is going to be much better. Take the Mariners at -230 in this one.