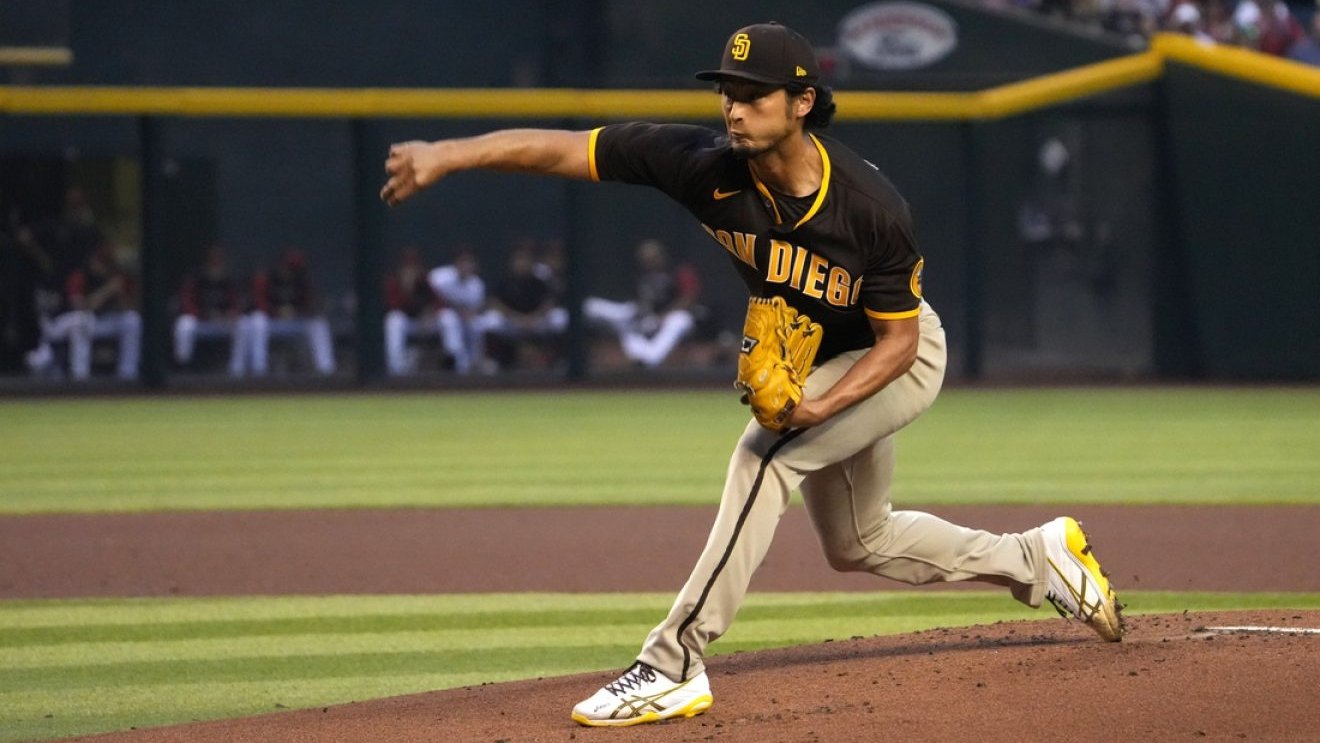 After yet another solid effort from their pitching staff led to a series-opening win in San Francisco, the San Diego Padres look to secure a series win over the Giants tonight.

Over the first five games of the new MLB season, the Padres have allowed only 13 runs and posted a 2.66 ERA as a team. The five pitchers who have started/opened for San Diego have combined for a 1.00 ERA, allowing only three runs in 27 innings pitched.

Last night, Nick Martinez, who was making his first MLB appearance since 2017, allowed only one run in five innings, and the Padres scored runs in the seventh and ninth to claim a 4-2 win over the rival Giants.

Tonight, it’s back to the front of the rotation for San Diego, as Yu Darvish takes the hill for his second start of the season.

Darvish pitched six no-hit innings and was in line for a win over the Arizona Diamondbacks on Opening Day, but the bullpen imploded in the ninth to hand the Diamondbacks the win. Will fortune favor the five-time All-Star hurler tonight?

It remains to be seen if the Padres can keep this up, but I’m riding with the hot hand while it’s sizzling.

Historically, Darvish has had the most success in March & April. In 40 career starts in March and April, Darvish is 18-10 with a 3.00 ERA.

The move to San Francisco may bring better results for Cobb, just as it did for Kevin Gausman, Anthony DeSclafani, and Alex Wood. But the Padres are the better bet for tonight’s matchup, and today’s MLB picks, which heavily favor the Padres, back that up as well.

After going 1 for 4 in the season opener against the Diamondbacks, Hosmer has gone 7 for 11 in three games, recording multiple hits in each game. Last night, he was 2 for 3 with a double and a walk.

His good start should continue tonight against a pitcher he has had success against. In his MLB career, Hosmer is 6 for 17 (.353) against Cobb with a double, two homers, and four RBI.

The 2022 French Open is underway at Stade Roland Garros in Paris, France, and we are already almost through the first week of play. Tomorrow, the remaining third-round matches will take place, after which the men’s and women’s singles draws will be down to their final 16 contenders. In both men’s and women’s singles, there END_OF_DOCUMENT_TOKEN_TO_BE_REPLACED