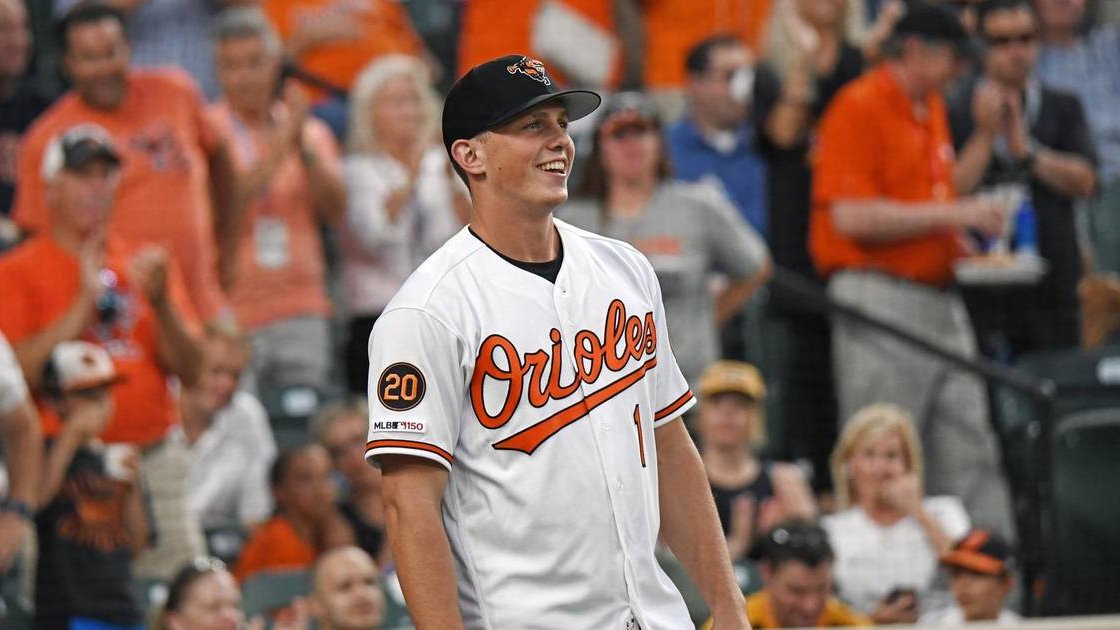 It’s been a pretty good few days for the Baltimore Orioles, it’s fair to say. On Thursday, the O’s walked off the Yankees with an Anthony Santander homer, then repeated the feat last night against the Tampa Bay Rays, this time on a Rougned Odor blast in the 13th inning.

Tonight, the Orioles will aim to wrap up a series win over the Rays as prized prospect Adley Rutschman makes his debut in the bigs.

The 24-year-old catcher was the first overall pick in the 2019 MLB Draft, and he was considered by many to be the top prospect in the minors. After a lot of anticipation about when he would get the call, the former Oregon State star will get the start behind the dish tonight.

It will certainly be a memorable occasion for Rutschman, but the Rays will be out to spoil his MLB debut and even up the series after last night’s disappointing loss.

Odds are via FanDuel. Odds from our other top reviewed and recommended sportsbooks may also be included in this article.

Ride with a Rebound Win for Tampa Based on Favorable Trends?

Tampa Bay sports a solid 9-6 record after their losses, with wins in eight of the last 11 since starting 1-3 this season in this spot. That includes a 5-2 record in games following a loss in the opener of a series.

Springs is a more of an opener than a true starter, so there is only so much to read into his numbers. In his MLB career, he has made 113 appearances, and the two longest outings have come in his last two appearances.

Against the Angels on May 9, he allowed three runs and four hits, and he exceeded that outing this past Sunday by tossing 4.2 shutout innings against the Blue Jays. He threw a career-high 76 pitches against Toronto, so it will be interesting to see how long Rays manager Kevin Cash stretches the lefty tonight.

In his season-plus with the club, Springs has gone two or more innings ten times, and the Rays have won eight of those games, including four of five this season.

Bradish has alternated very good outings and not so good outings thus far, and if that trend continues, he’s in line for a good outing tonight.

That said, the odds do not favor it being a winning night for Bradish or a winning debut for Rutschman. While the worst teams in baseball are likely to rack up their fair share of wins over the best teams each season, there is certainly a gulf between these two teams.

And keeping that gulf in mind, when you can get the Rays at or around this number for consecutive games, you need to make the most of it. It didn’t quite work out last night, as they blew three leads, including two in extra innings, but it will work out tonight.

Tonight, two pitchers whose records could use a little polishing match up as the St. Louis Cardinals welcome the Miami Marlins to Busch Stadium to open a three-game series. Cardinals hurler Adam Wainwright has not picked up a win since May 20, while Pablo Lopez’s win in his most recent start last week was his END_OF_DOCUMENT_TOKEN_TO_BE_REPLACED