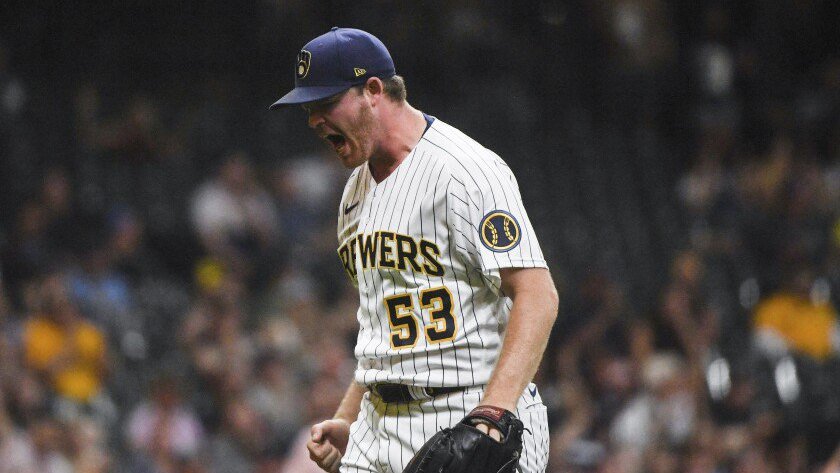 Last night, the Milwaukee Brewers picked up a much-needed win over the Tampa Bay Rays courtesy of strong pitching and some timely clutch hitting.

With the Colorado Rockies laying the lumber to the St. Louis Cardinals last night, the Brewers are within a game of the Cardinals in the National League Central.

Milwaukee will look to put pressure on the Cardinals this afternoon, with Brandon Woodruff on the mound for the Brewers and Jeffrey Springs pitching for Tampa Bay.

Game odds are via FanDuel. Odds from other top legal online sportsbooks may also be featured in this article.

Unbeaten Home Record on the Line for Woodruff

Performance wise, both pitchers started August on a positive note with a quality start last time out. Springs allowed two runs and four unearned hits and striking out six in a win in Detroit last Thursday, while Woodruff gave up three runs (two earned), eight hits, and three walks in 6.1 innings at Pittsburgh a week ago.

Woodruff received a no-decision in a game that the Brewers eventually lost in ten innings, but there’s a good chance he doesn’t miss out on this chance to get his tenth win of the season.

That return was made against the Rays at Tropicana Field on June 28, when he allowed just one run and two hits and struck out ten in five innings in Milwaukee’s 5-3 win.

Springs has held down a spot in the Rays’ rotation for three months now, and Tampa Bay is 10-4 in his starts this season. But since becoming a regular in the rotation, he has failed to make it through five innings in four of eight road starts, while he has made it through at least five innings in his last four home starts.

Even with last night’s win, the Brewers are just 2-6 in their last eight games. But the Rays aren’t exactly on solid footing either, as they are just 7-10 since the All-Star break, including a 5-7 mark on the road.

So, this still presents a decent value spot to back the Brewers on the run line. It didn’t pan out last week against Pittsburgh, but all of Milwaukee’s wins in Woodruff’s starts this season–10 wins in 16 starts–have come by 2+ runs, including his win at the Trop in June.