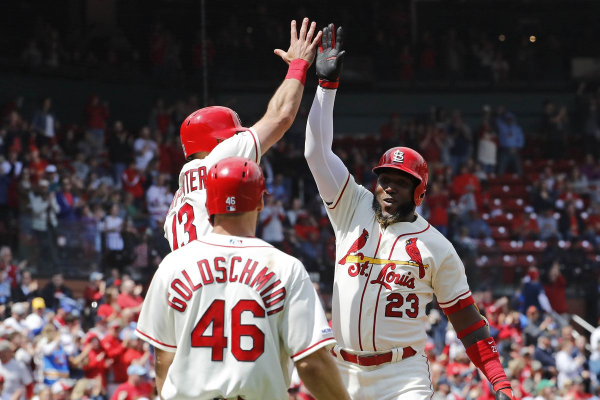 Two touchdowns and a field goal! That is how many runs the St. Louis Cardinals’ offense put up on Thursday in a monstrous 17-4 win over the Pittsburgh Pirates. Crazily enough, all of that damage was done without a single home run being hit by the Cardinals, although Gregory Polanco did hit one for the Pirates.

The pitching matchup for this contest features Trevor Williams (1-1, 3.74 ERA) for the Pirates against the Cardinals’ Adam Wainwright (3-3, 4.71 ERA). First pitch for this one is scheduled for 8:15 pm ET.

The moneyline for Friday’s game is set at the Pittsburgh Pirates +135 and the St. Louis Cardinals -145. The over/under for runs scored is set at 8.5.

On the offensive side, the Cardinals have certainly been the more consistent team. They currently rank 12th in runs scored in the majors, averaging 4.89 runs per game. The Pirates, on the other hand, come in at 27th, averaging 3.64 runs. The advantage in batting average also goes to the Cards. They rank 6th with a .258 batting average while the Pirates rank 23rd with a .234 average.

On the pitching side, Pittsburgh’s staff as a whole has actually been a little more effective than that of St. Louis. The Pirates rank 9th in earned run average at 3.88, with a 3.05 ERA on the road. The Cardinals rank 13th with a 4.25 ERA, and 3.58 at home. Still, if Thursday was any indication, sometimes those stats can be misleading.

Pirates Look For Some Redemption

On the offensive side, Josh Bell has been one of their best hitters for power. He is currently batting .295/.371/.648 with 9 home runs, 27 runs batted in, and 22 runs scored. He leads the Pirates in all three of those categories. He also has 12 doubles and 2 triples, although he has also struck out 32 times versus 15 walks.

One player that the Pirates would like to see get going is outfielder Starling Marte. He is hitting just .223/.266/.408 with just 4 home runs, 16 runs batted in and 15 runs scored.

He isn’t the only one, though, as Paul DeJong, Dexter Fowler, Jose Martinez, Yadier Molina, Yairo Munoz, Marcell Ozuna, and Kolten Wong all have had a lot of success against him. If that wasn’t enough, Paul Goldschmidt is hitting .286 against him, and both Harrison Bader and Matt Wieters are hitting .250. Needless to say, it might not be the best matchup for the Pirates after the drumming they just took.

In his last outing, a 13-5 loss to the Cubs, Wainwright went 5 innings, allowing 5 hits, 6 earned runs, 2 walks and stuck out 2. Expect him to pitch better against a weaker lineup in the Pirates on Friday.

Just looking at the past histories of the Cardinals’ offense against Trevor Williams has me worried that the Pirates are going to endure a repeat of Thursday night. While it won’t be that bad, I am not sure if the Pirates will have an answer for their offense.

I do expect that the Pirates will be able to put up their fair share of runs too against Wainwright, but ultimately I like the chances of the Cardinals to outscore the Pirates. It will be closer than a 13-run differential, but I still see the Cards winning this one pretty handily. For my money, I am taking St. Louis at -145.