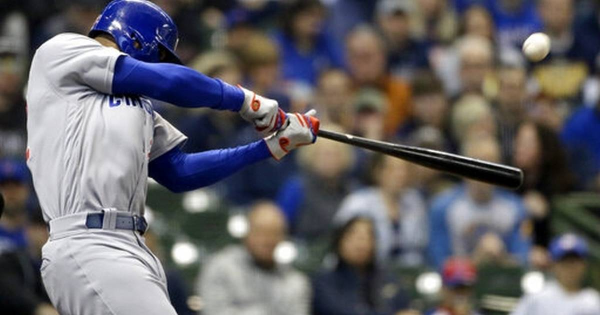 It’s an NL Central showdown on Wednesday when the Pittsburgh Pirates (5-4) square off with the Chicago Cubs (3-7) for game two of a three-game series. In game one, Chicago handled the Pirates easily, beating them 10-0 despite losing starter Jon Lester after just 2 innings. In the win, Kyle Schwarber hit his third home run of the season, and Wilson Contreras and Jason Heyward were the only Cubs without hits in the win. After an off day on Tuesday, the two teams will be back at it again on Wednesday with the Pirates sending Jordan Lyles (0-0, 0.00 ERA) to the bump to take on the Cubs’ Yu Darvish (0-1, 8.10 ERA). First pitch from the friendly confines of Wrigley Field is scheduled for 8:05 pm ET.

The moneyline for Tuesday’s game is set at the Pittsburgh Pirates +140 and the Chicago Cubs -160.

Pirates Looking To Bounce Back After Ugly Series Opener

After losing 10-0 on Monday, having Tuesday off might have been a blessing in disguise for the Pirates. On Wednesday, they will send righty Jordan Lyles to the mound to reverse their fortunes and try to split the first two games of the series. In his first outing, Lyles went 5 innings, giving up 3 hits and 3 walks while striking out 2 in a 2-0 Pirates win over the Reds. He will look to build off of that outing but will have to do so against a lineup that has had some success against him in the past. Both Kyle Schwarber and Daniel Descalso have homered off of him, while 4 of the regulars are batting .286 or higher against the righty (albeit in limited at-bats).

Offensively, first baseman Josh Bell has had a nice start to the season. Thus far, he is hitting .273/.342/.545 with 2 home runs, 8 runs batted in and 5 runs scored. He also has 3 doubles to start the season. Despite his strong start, there has been a bit of a power outage with the Pirates as no other player has more than one home run and no other player has more than 4 runs batted in on the season. The Pirates really need players like Corey Dickerson and Starling Marte to get going if they hope to contend in a tough NL Central.

Cubs Looking For Consistency In All Facets

While the offense has been productive, the Cubs are really hoping to get their pitching staff in order. The starting rotation has been hit or miss and the bullpen has been downright dreadful. Hoping to turn things around on Wednesday will be Yu Darvish, who definitely had one of those down moments for the starting rotation in his first two starts. In 6.2 innings, Darvish has allowed 7 hits and 6 earned runs. The worst part for Darvish has been his control as he has 11 walks versus only 6 strikeouts. If Darvish can’t find a groove, it could be a long day for the Cubs defense.

Offensively, the Cubs have been pretty solid. They currently rank 3rdin runs per game (7.20), but that just speaks to how disappointing the pitching and defense have been. From a power standpoint, the Cubs definitely have had success with the long ball this season. Jason Heyward (3), Wilson Contreras (3), Javier Baez (4), Kyle Schwarber (3), and Anthony Rizzo (2) have all shown off the power through the first ten games. While the power has been nice, the strikeouts have come pretty frequently, too. Baez currently has 17 strikeouts while Kris Bryant, who is hitting a disappointing .233/.313/.395, has 12. Still, they have shown that they are capable of outslugging any opponent.

Cubs In An Ugly One

I am not going to lie; I don’t love this matchup on either side. The Pirates struggle to score (they rank 19thin runs per game) while the Cubs struggle to keep opponents from scoring (they rank 29thin earned runs against). I don’t think that Jordan Lyles will be as good as he was in his first outing and I would like to think that Yu Darvish will improve from his bad outings, but this one could be coin flip. With that in mind, I still tend to lean a little bit more towards the Cubs and their offensive potential. With their ability to score in bunches, I think they win if it comes down to a slugfest. It would not insult me if you took the Pirates, but for my money, at home, I am going to go with the Cubs at -160.