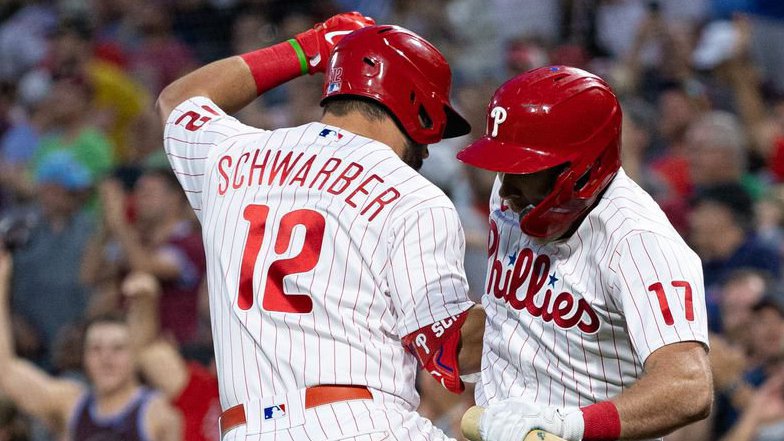 Major League Baseball has several thrilling matchups scheduled for Friday, July 29. One of those MLB tilts pits the Philadelphia Phillies (52-47) head-to-head against the slumping Pittsburgh Pirates (40-59).

The two clubs already opened up their four-game series on Thursday, resulting in a close-fought 8-7 victory for the Phillies. Philadelphia actually had a comfortable 8-2 lead heading into the bottom of the ninth, but Pittsburgh scored five runs in the final frame to make it close.

The Phillies desperately need a win to create separation in the National League wild card race. They’re tied with the St. Louis Cardinals for the third and final NL wild card spot, so a win over the Pirates would help them in that regard.

It’ll be a battle of two lefties as Bailey Falter is slated to be the Phillies’ starting pitcher while the Pirates are rolling with potential trade deadline candidate Jose Quintana.

Here’s a look at FanDuel Sportsbook’s odds, along with the best bets to make, ahead of today’s Phillies vs. Pirates matchup.

The Phillies have had their fair share of ups and downs throughout the 2022 MLB season. However, they’ve been one of the hottest teams on the road as of late and hope to continue that streak after tonight’s Phillies vs. Pirates clash.

It isn’t the longest streak, but the Phillies have won four straight games away from Citizens Bank Park. They’re averaging six runs per game over that stretch while only giving up an average of two. Again, it’s a small sample size, but it’s something Rob Thomson’s club wants to see continued.

If the Phillies are going to beat the Pirates on back-to-back nights, they need a repeat of Thursday’s offensive performance. The good news is that they have a great opportunity to do that now that Pittsburgh is on a four-game losing streak and has lost nine of its last 11 contests overall.

Philadelphia will count on Kyle Schwarber to have an encore performance. The veteran outfielder had two hits in five at-bats last night, recording a home run and three RBIs. Hopefully, that boosts his confidence as he has struggled at times this year.

Having said that, the Phillies do have a tough matchup against Quintana. The 33-year-old southpaw is coming off a strong pitcher performance vs. the Miami Marlins on July 23 that saw him go seven innings, striking out four batters without allowing a run on four hits.

Philadelphia is also hoping that Falter can get his first victory of the year over the Pirates. After opening the season as a reliever, the former 2015 fifth-round pick has had some ups and downs in six starts, going 0-2 with a 5.26 ERA.

With how good Quintana can pitch, Falter needs to have his best performance of the year if the Phillies want to win. He has the tools to keep his club in the game, but only time will tell if it’ll be enough to grab the elusive win.

Betting Trends for Phillies vs. Pirates

The Phillies have had the Pirates’ number recently and I don’t expect that to change tonight. Philadelphia was dominating Pittsburgh on Thursday and had it not been for a five-run ninth inning, the final score would be more indicative of how things played out.

I’m taking the Phillies on the moneyline at -126 odds, as well as the total to hit under eight runs at -110. As proven by the trends above, both clubs consistently finish with the under, making last night’s game more of an outlier than the rule.