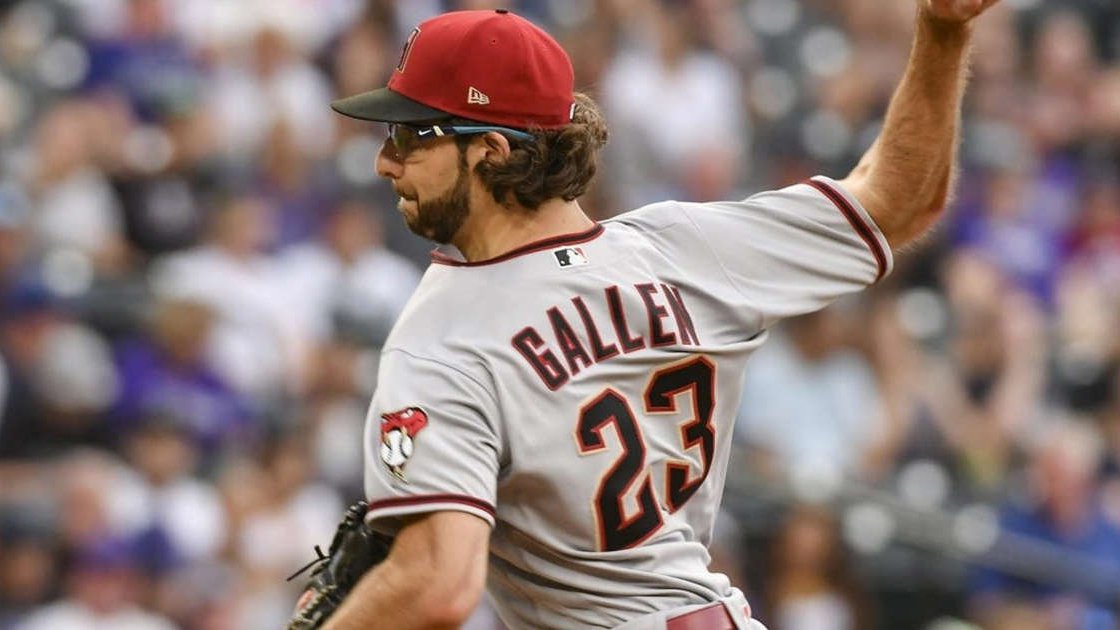 The wildest game on last night’s MLB schedule took place at Chase Field, where the Philadelphia Phillies and Arizona Diamondbacks combined for 20 runs.

The first seven were scored by the Phillies, who held a 7-0 lead after three and a half innings. The last 13 were scored by the Diamondbacks, who tallied six in the fourth and sixth in the fifth to stunningly flip things in their favor.

If you bet on the Diamondbacks to win when they were down by seven runs, kudos to you, because those odds would have been rather long.

Tonight, we will more than likely see a lot less scoring. It didn’t seem likely that we would see that much last night, but it would be even more of a surprise to see things play out that way again.

However, it wouldn’t be a surprise to see the Diamondbacks pick up a second straight win with the way that Zac Gallen has been pitching.

Game odds are via FanDuel. This article may also include odds from other top online sports betting sites.

Gallen, Nola Set for Duel in the Desert?

Last night’s win was the fourth in a row for the Diamondbacks, following their surprising weekend sweep of the White Sox in Chicago.

The win wrapped up a winning month for Arizona, as they are 15-10 this month with two games remaining against the Phillies.

The key to just their second winning month of the season has been their offense, as they are averaging 5.08 runs per game in August. If they can score eight runs in the next two games, they will average five runs per game in a month for the first time since April 2021.

But it hasn’t been all about the offense for the D-backs. And their leading arm is on the mound tonight in Gallen, who has not allowed a run in 27.1 innings, spanning his last four starts.

In that stretch, he has allowed just a dozen hits and six walks and racked up 32 strikeouts.

Since the All-Star break, the 27-year-old righty has been churning out good outing after good outing, going 5-0 with a 0.80 ERA. And since allowing four runs against the Colorado Rockies on July 8, he has allowed just one run in his last three home starts.

Fresh off of a big comeback and with Gallen on the mound, the Diamondbacks will be full of confidence tonight, even with Aaron Nola coming off of a complete game shutout of the Cincinnati Reds and having allowed fewer than two runs in seven of his last eight road starts.

The Diamondbacks are 9-3 in Gallen’s 12 home starts this season, a record that makes this a pretty high value play in itself.

But the Phillies are just 5-7 in Nola’s 12 away starts, thanks to managing fewer than two runs five times (all losses), which makes this play all the more appealing.