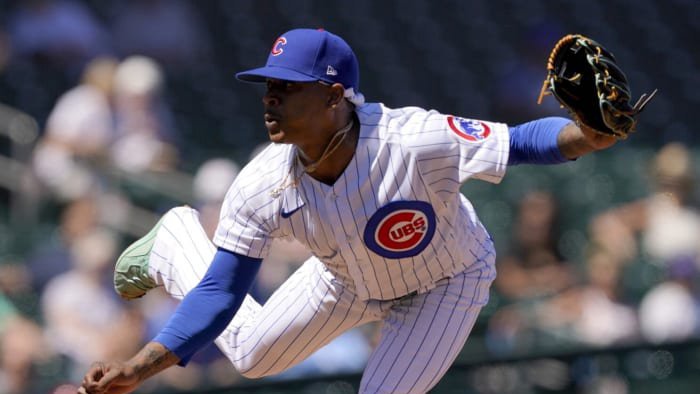 The Milwaukee Brewers will have an eye on Chicago tonight, as they will be hoping for a little help from their NL Central rivals in their quest to overtake the Philadelphia Phillies down the stretch.

The Phillies, who are seeking their first postseason berth since 2011, enter their series against the Cubs with a one and a half game lead over the Brewers for the final NL wild-card spot.

Philadelphia has picked a bad time to lose seven of ten, with five of those seven losses coming against the Atlanta Braves. On Sunday, they let a big opportunity slip, losing a late lead and falling in extra innings against the Braves after the Brewers had fallen at Cincinnati.

It was a real missed opportunity, but it is better to be playing from ahead than from behind at this time of year, and they have a good chance to grab a valuable win tonight with Zack Wheeler on the mound.

However, they are running into a team that is playing well right now, even though another losing season is already confirmed for the Cubbies.

If the Phillies are to end their postseason drought, they have to navigate a ten-game road swing to close out the season, which sees them face the Cubs for three, the Nationals for four, and the Astros for three.

The Brewers have a nine-game homestand, starting with two games against the rival St. Louis Cardinals and ending with four against the Marlins and three against the Diamondbacks.

Who has the advantage? It’s tough to say, but Philadelphia at least has the upper hand in the standings.

To at least maintain that advantage, they would benefit from Wheeler being at his best, which has not happened on a regular basis on the road this season.

Of the eight times he has allowed three or more runs this season, six have come in his 11 road starts.

Home and Away Splits for Zack Wheeler

But he does come into this start following a positive return from an IL stint, as he pitched four shutout innings in a win over the Toronto Blue Jays last Wednesday.

Will he get enough run support for a good outing to matter? The Phillies have scored three or fewer runs 13 times in his 24 starts this season, amassing a 3-10 record in those starts, including a 2-4 mark on the road.

That’s not entirely encouraging tonight, as Stroman has pitched well recently outside of a subpar outing against the Giants on September 10.

Stroman can certainly commiserate with Wheeler about a lack of consistent run support. The Cubs have scored three or fewer runs in 12 of his 23 starts.

That lack of run support has been a big contributor to the Cubs’ 7-16 record in Stroman’s starts this season. Out of the 23 games he has started, 17 have been decided by one or two runs, with Chicago coming out on the short end a dozen times.

But they have won his last two starts, both of which were one-run games. And both were quality starts, which is encouraging for those who think the Cubs will at least keep it close tonight.

Count me in that bunch. Wheeler has also been part of many close games, with 11 of his starts being decided by one or two runs. In those 11 games, the Phillies are just 5-6.

With the Cubs playing pretty well, having won nine of their last 13 games, there’s a lot of value in backing them to cause some chaos tonight, or at the very least make the Phillies work for their win.