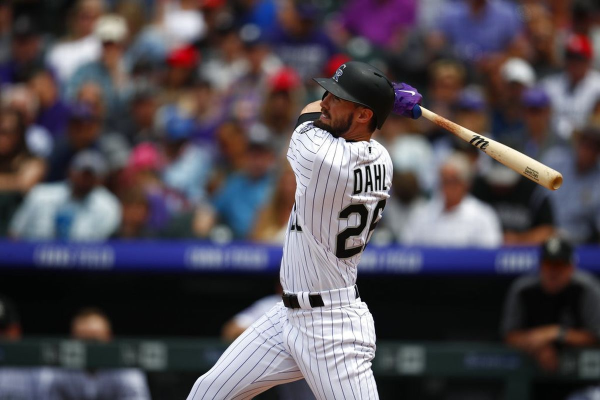 Saturday will feature the third of a four-game series between the Philadelphia Phillies (11-8) against the Colorado Rockies (8-12). In the first two games, the Rockies have prevailed, winning the first matchup 6-2 and Friday’s game 3-2.

In the second game, Charlie Blackmon delivered his first home run of the season, a dramatic 12th-inning blast that sent the Rockies’ faithful home happy.

After both teams had active offseasons, the starts for the two had looked completely different. For the Phillies, who added the likes of Bryce Harper, JT Realmuto, Jean Segura and others, they came out playing well and currently are in the mix of the NL East.

For the Rockies, who have been active with extensions (Nolan Arenado and German Marquez) as well as signings (David Murphy), they had initially scuffled to start the season. It seems that the Rockies may be turning a corner, though, and both will be looking to pick up a big win in the series Saturday night from Coors Field with first pitch scheduled for 8:10 pm ET.

The moneyline for Saturday’s game is set at the Philadelphia Phillies -130 and the Colorado Rockies +110. The over/under for runs scored is set at 10.5.

Phillies Looking To Get Nola On Track

While the Philadelphia Phillies have had no trouble scoring runs (coming into play Friday they ranked 5th in the majors with 5.78 runs per game), their pitching has been hit or miss. As a staff, they have a team ERA of 4.53, good for 18th in the majors.

In his last outing, a 7-6 extra-inning loss to the Mets, Nola went 4 innings, allowing 7 hits, 5 earned runs and 3 walks while striking out 6. Especially pitching in Colorado, Nola will undoubtedly have to be better than that on Saturday.

Regardless, throw in the likes of Andrew McCutchen, Rhys Hoskins and others, and this is a very deep lineup for any opposing pitcher to have to navigate through.

Rockies Hoping For Some Consistency

Making just his second start of the season, right-handed pitcher Antonio Senzatela will be looking to get his club another win on Saturday. In his first outing, a 5-2 win over the San Diego Padres, Senzatela went 6.2 innings, allowing 6 hits, 1 earned run, 1 walk and struck out 4.

The Rockies staff, as a whole, ranks 12th in the majors in team ERA, which currently sits at 4.11. They will be hoping to get another solid start out of Senatela to give their offense a chance to win it for them.

Speaking of their offense, the Rockies have surprisingly struggled thus far this season. They currently rank 27th in the league in runs scored at just 3.42 runs per game, but their home/road splits are noticeable. On the road, they are averaging just 2.92 runs, but at Coors Field, that number jumps up to 4.50 runs per game.

To this point, outfielder David Dahl has been one of their most consistent hitters when he has been healthy. To date, he is hitting .342/.395/.632 with 3 doubles, one triple, 2 home runs, 6 runs batted in and 5 runs scored. Their stars, though, have struggled.

Nolan Arenado has 3 home runs, and Trevor Story has 5, and Charlie Blackmon finally hit his first of the season last night. Between the three, Arenado has the highest batting average at .263. While that isn’t the worst batting average of all time, it certainly is not at the level that we are accustomed to for those three.

Home Cooking What The Rockies Need

As evidenced by the over/under for runs at 10.5, this is likely going to be a slugfest. With that in mind, while the Rockies have struggled to score through the first part of the season, the first two games of this series have shown that there is a noticeable difference when they play at home.

Even though Arenado, Blackmon and Story have not been explosive at the beginning of the year, they haven’t been awful. Throw in the likes of David Dahl, Ryan McMahon, Ian Desmond and Garrett Hampson, and you have to expect that their offense will start to explode for more and more runs.

The Phillies offense is deep also, so I wouldn’t blame you if you wanted to go with the Phillies, but until Aaron Nola shows that he is right, I am going to put my money on the underdog, the Rockies at +110.