Pennant Races are on FIRE in Major League Baseball 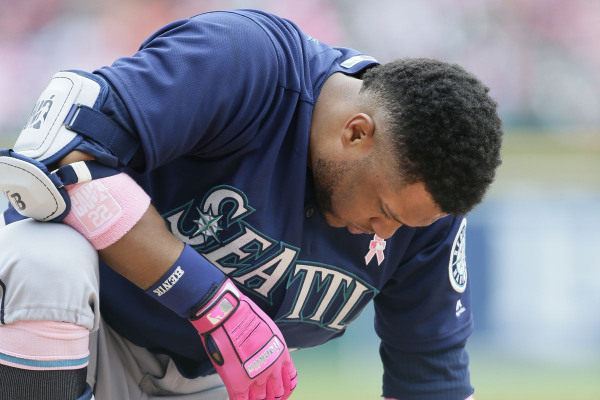 Well, it has certainly been a crazy week in Major League Baseball. Injuries are piling up, benches are emptying, and playoff races (at least in the National League), are staying tight. Let’s check out the top headlines of the past week.

The Mariners welcomed back Robinson Cano this week after he completed his 80-game PED suspension. While he won’t be eligible to play in the postseason, Cano can certainly help the Mariners get there. The caveat is that Seattle doesn’t have a full-time position for him. He figures to float around between second base, third base, and first base, so his defense could come into question. That being said, Cano’s bat could be quite a useful asset for the Mariners down the stretch as they fight their way back into the wild-card spot.

Marlins pitcher Jose Urena received a six-game suspension after hitting Braves outfielder Ronald Acuna with the first pitch of Wednesday’s game between the two teams. Acuna was in a great deal of pain when it happened, although he was back in the lineup the next day. Nevertheless, the Braves were unhappy with Urena appearing to throw at Acuna on purpose. Acuna had led off the previous three games with a home run, a streak that Urena obviously ended by hitting him. The incident has become the talk of baseball over the past few days, with just about everybody taking a side.

Quite a few key players hit the DL this past week, most notably starting pitchers on playoff contenders. The Yankees lost C.C. Sabathia to knee inflammation, although they are hopeful it won’t be a long-term injury. The Mariners, meanwhile, had to send JamesPaxton to the DL after he was hit on his left arm by a comebacker. Paxton’s injury is said to be a forearm contusion, which shouldn’t be a long-term issue. However, the Mariners will lose him for at least a start or two. The Cubs have also sent Mike Montgomery to the DL with shoulder inflammation. The lefty has been used as both a reliever and starter this season, but more so a starter recently. The Cubs are also waiting on Yu Darvish to continue his comeback and reclaim a spot in the rotation coming down the stretch.

Out for the Long Haul

The Indians noted on Friday that TrevorBauer could miss four to six weeks of action after suffering a stress fracture in his fibula after taking a line drive off the ankle earlier in the week. Such a timeline makes him doubtful for the rest of the regular season and a serious question mark to be ready by the postseason. He would be a huge loss to Cleveland’s pitching staff if he doesn’t make it back for the playoffs.

Over the past week, the Cardinals have suddenly got hot. The team’s eight-game winning streak came to an end on Thursday. However, the Cardinals are 13-3 in the month of August. That stretch has brought St. Louis 11 games over .500 and within half a game of the second wild-card spot. They are also five games back of the Cubs in the NL Central, as they division appears to be turning into a three-team race with the Brewers 4.5 games back of Chicago.

The west divisions in both leagues have become the most intriguing races in baseball. Against all logic, the Athletics have pulled within one game of Houston in the AL West. The A’s beat the Astros in walk-off fashion on Friday, as the two continue a huge series this weekend. In the NL West, the Diamondbacks are back on top. However, they are just 1.5 games ahead of the Rockies and two games up on the Dodgers, as this division figures to stay close to the very end.

We’ll close on a serious yet hopeful note. Cleveland outfielder Leonys Martin has spent the past week hospitalized because of a bacterial infection that has caused damage to his internal organs. The good news is that Martin has responded well to treatment and has started to regain function in his organs. Martin is now listed in stable condition and is expected to make a full recovery, but that recovery will not be a quick one. It seems unlikely (and unimportant) that Martin will play baseball the rest of the season. The Indians only just acquired Martin right before the trade deadline, appearing in just six games with the team before the infection.