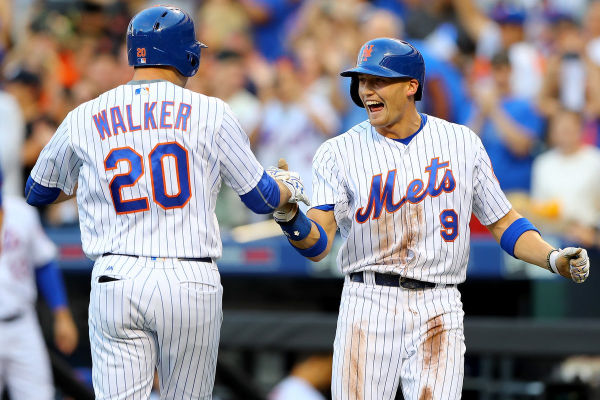 What a disappointing season it has been for both the WashingtonNationals and the New York Mets. For the Nationals, they were the preseason favorites in the NL East after winning the division by 20 games last season. For the Mets, hopes of a healthy starting rotation led to optimism for a bounce back year.

With under 40 games left, both teams are essentially out of the playoff picture and are simply playing for pride. Still, the NL East rivals will meet up on Friday for a three game series when the Nationals (64-64) travel to Citi Field to take on the Mets (56-71). It will be a battle of the southpaws as GioGonzalez (7-10, 4.51 ERA) of the Nationals takes the rubber against Jason Vargas (3-8, 7.67 ERA) of the Mets. First pitch is scheduled at 7:10 pm ET.

The moneyline for Friday night’s game is set at the WashingtonNationals -144 and the New York Mets +134. The over/under for runs scored is set at 8.5.

Nationals Have Thrown In The Towel

After a season that saw them never find any consistency, the Nationals seemingly threw in the towel this week. They traded second baseman Daniel Murphy to the ChicagoCubsand Matt Adams to the St. Louis Cardinals. Even though they didn’t trade Bryce Harper (who they pulled back off waivers after being claimed by the Dodgers), it does appear that they may be looking to trade a few other chips. Reports indicate that both GioGonzalez and Ryan Zimmerman passed through waivers, meaning they can now be traded to any team. It is not clear whether the Nationals will do that, but after the last week, they will probably at least listen.

With a rotation that starts with JacobdeGrom and Noah Syndergaard, you would think that you have the makings of a pretty solid team. Unfortunately for the Mets, that was not the case this year. At 16 games out in the NL East, they are just hoping to maintain some shred of dignity as they end the season. In Friday’s matchup with the Nats, they will be sending lefty JasonVargas to the mound. On the season, Vargas is 3-8 with a 7.67 ERA, 1.72 WHIP and opponents are hitting .325 against him.

In 58.2 innings, he has 47 strikeouts, 23 walks, allowed 14 home runs and 78 hits. Despite the horrific numbers, he has not been abysmal in his last two starts. Over the two starts, he has gone a combined 11.1 innings, allowing 4 earned runs and striking out 4. While he is not winning any CyYoung Awards, if he can pitch like that he can give the Mets a chance.

Offensively, JoseReyes actually has performed well against Gio Gonzalez in his career. In 9 at-bats, Reyes is batting .333 with 2 home runs and 2 runs batted in. Lately, it is Austin Jackson who has been swinging the best bat, though. Over the last 30 days, Jackson is hitting .326/.366/.474 with a .840 OPS. He has a triple, 2 home runs, 11 runs batted in and 12 runs scored. While this may not be the most exciting stat line in the majors, it has at least given some consistency to the Mets lineup as of late.

All season long I have been picking the Nationals thinking that it was just a matter of time before they broke out of their funk. That time has never come. With that in mind, I am going with the Mets in this one and basically it comes down to pitching. I really don’t like either of the starting pitchers, but Vargas has thrown a couple of his best games as of late while Gonzalez has thrown some of his worst. Given that I could see this game going either way, I will take the better payout and go with the Mets at +134.