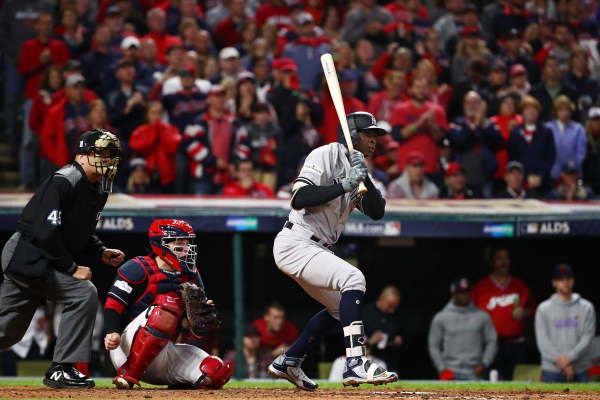 The Yankees have had a very interesting season. Despite their two heaviest hitters missing most of the season due to injury they were able to finish second in the AL East and put some pressure on Tampa late in the season. New York is still one of the most talented teams in the league, but it has been some surprising players leading the team.

Cleveland has also had an interesting year. All season long they have had dominant pitching, but the offense has sputtered. All-Star Francisco Lindor really struggled this season but Jose Ramirez eventually found his form, leading the team in homers and RBIs. If they can get even three runs in any game the pitching usually turns that into a win.

This is a fantastic pitching matchup. Gerrit Cole was a big money acquisition this offseason and has pitched well for New York this season. He has not been as good as he was last year with Houston, or as good as Bieber, but he’s their undisputed ace and he has had a lot of playoff success. The only knock against him is that his worst playoff outing was when he was in the Wild Card round back when he was with Pittsburgh. That’s a long time ago though. With Houston has been been very good the last few seasons. He’s capable of dominating any lineup and pitching deep into the game. The same can be said of Bieber who was not just elite, but consistent this season. He struck out at least 8 batters in every game this season and never gave up more than three runs in a game. He can be susceptible to home runs but his stuff is so good that he can miss in the strike zone and not get hurt. The Yankees are super heavy from the right hand side of the plate and due to the scheduling format they have not seen Bieber this season. That could be an advantage too.

This is the biggest spot of young Bieber’s career, but I think he’s going to be ready for his closeup against Cole. He will pitch well and the Cleveland offense will manufacture enough offense to get the win. Bieber is backed by the fourth best bullpen too. You might not know the names but they have one of the highest K rates in the league.

This is a low total, which is to be expected given the pitchers we are getting. Bieber has been dragging down totals all season long and twice had totals this low during the season. Both of those games were unders, as were 10 of the 12 games that Bieber started this season. Probably the best comp for the Yankees that the Indians played this season would be Minnesota, another lineup that can boast power top to bottom. Bieber made three starts against the Twins this season and all of those went under too. Cole’s numbers are pretty even with 6 overs in 12 starts, but all you have to do is look at his two most recent starts to spot the difference. The Yankees are an explosive team, they scored 25 runs in his last two starts. I am correlating this pick with the above and leaning on Bieber to stay on a roll.