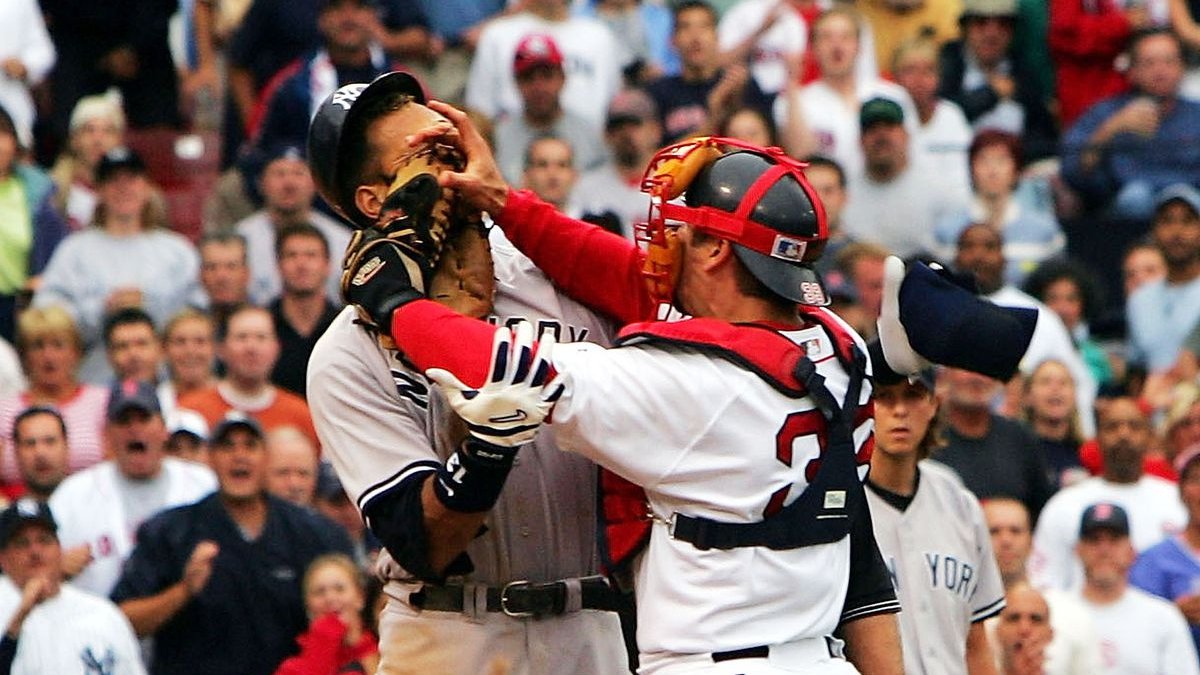 This is going to be a very good weekend for MLB betting. We now have more than 60 games under our belts so things are definitely starting to take shape. In that span we have some teams rise and fall and rise again (I am looking at you Cincinnati) while others have been more steady. Whether that is good steady, or bad steady varied from team to team. I hope I am not showing an East Coast bias here, but the series of the weekend is the Yankees' first trip to Fenway Park this season.

I know Oakland is visiting San Francisco in a battle of quality teams by the Bay, but Interleague rivalries just don’t do it for me. Another fun one has the Chicago Cubs heading out to L.A. to take on the Dodgers, but I worry that set might be pretty lopsided (or not after the Cubs no-hit the Dodgers last night). Any weekend with Yankees vs Red Sox is a good one. The other series are just icing on the cake.

We are finally into Summer and these teams have only played one series this season – the Red Sox swept New York in the Bronx. Boston is higher up in the standings even though expectations were lower coming into the year. For Boston to stay a contender they have to find a way to pitch better. I am not sold on the arms they have and even when ace Chris Sale comes back they just don’t have enough on the mound.

In New York, they are waiting for their offense to reach expectations. They are hitting the ball hard but they have been pounding it into the ground and thus not producing runs the way they should. They are one of the best positive offensive regression candidates in the league and with the warmer weather, we should see some high-scoring entertaining games amongst these rivals. The first team to eight runs wins.

This one caught my attention because of the fact that Seattle has been no-hit twice this season and Carlos Rodon is a pitcher who has thrown a no-hitter already this year – it might be worth tuning in to see how this one looks early on. Seattle had some success early in the season but none of their numbers look sustainable.

Last week they had a blip, sweeping the Rays but injuries have really hurt this season, and don’t be surprised to see them among the first to trade their vets even though they are technically in the race in the AL. Kikuchi is an interesting option as he has never lived up to the hype. He is enjoying his best season in the Majors and has given up just one run in his last two starts.

Chicago is at the top of the AL Central but trying to get their mojo back after getting put in their place by Houston last weekend. The White Sox have achieved a great record by beating up on sub .500 teams this season and right now Seattle does not qualify as such. 2B Nick Madrigal is out and even though he is far from their most important bat I think they might be missing him more than they realize. This team has been really good about putting the ball in play and he was good at it, batting .305. 1B Jose Abreu is having another strong season and leads the team in homer, but with only 12.

Without power in the lineup they need everyone hitting well to score a bunch of runs. Speaking of power, Carlos Rodon is a candidate for some negative regression because he has never been this good. It might just finally be coming together though. He has only given up 3 ER in 3 June starts.

Mariners vs White Sox Betting Tip: Rodon sucks the value away on the money line but if the White Sox are right, the run line is not scary at all.

Oakland has slipped behind during Houston in AL West. I do not think they are in danger but they only split their series against last-place Texas to start the week. This team doesn’t really have a weakness but I am not sure they have a strength either. They are where they are thanks to being above average across the board.

1B Matt Olson continues to swing a hot bat. He has his average over .300 and leads the team with 20 homers. Lefty Sean Manaea has been great this season. He just struck out a season-high 11 Yankees in his last start and has not given up more than 2 ER in any of his last six starts. He has settled in at the top of the A’s rotation.

When it comes to MLB betting, the Giants are the most profitable team this season, and it isn’t even close. I still don’t understand how they are doing it or expect it to last. They start this series on a roll having won three straight and 9 of 10. Somehow this team is third in scoring and third in team ERA. That is a pretty staggering profile for a team most thought would be under .50o this season. The offense is especially due for a letdown as guys like SS Brandon Crawford and C Buster Posey are producing more than they did back in the World Series years.

I love starter Kevin Gausman, but he and Anthony DeScalafani are a combined 16-3. Something has got to give. Johnny Cueto is one of the guys who can keep up what we have seen this season but this is because he has been just mediocre. His home splits are better with his ERA dropping by more than a run.

A’s vs Giants Betting Tip: The A’s provide some great MLB betting value tonight at just -108. They have been awesome on the road this season at 21-13. Fading Cueto always makes some sense.

The Astros are looking pretty unstoppable right now. They head into Friday action on an 11-game winning streak and in five of those games, they have scored 10 runs or more. The offense shows no signs of slowing even though 3B Alex Bregman is out and they have been mixing and matching due to nagging injuries. It looks like 2B Jose Altuve is back. He is not running much, but his 17 homers lead the team. On the mound, they are not as dominant but they are third in the league in quality starts. When you pair that with the league’s best offense you get a winning formula. McCullers has been very effective, not trying to do too much. He is 2-0 with a 2.74 ERA on the road this season.

The reason I chose this game is because of the Tigers’ Casey Mize. At 24, he is becoming the pitcher the Tigers thought he could be. He is not dominating but he just might give the Tigers a chance on Saturday, or at the very least make them worth the MLB betting gamble. Detroit is still struggling to find any consistent offense, so they need Mize to give them a shot. I am not saying it is likely, just worth the consideration. Detroit is 8-6 in his starts this season. Only two games have gone over so he has been keeping teams in check.

Astros vs Tigers Betting Tip: I am not saying pull the trigger on the Tigers but look at the number closely. Maybe Detroit on the first five innings. (with Houston clobbering the pen for the win?)

If teams like the Phillies or Braves are going to catch the Mets the easiest way to do so will be to beat them. That is going to be a tough task for the Phillies against the best pitcher in baseball. OF Bryce Harper might be heating up (2 homers already this week) and that is what they are going to need. With a .282 average against deGrom, he has actually had success against him in the past. Zach Eflin has not been great this season but gets a little break taking on a light Mets lineup.

Jacob deGrom is must-see TV, even if it is only for a few innings (though hopefully more). The last time he gave up a run in a game was May 25th. He has a stretch of 29 straight innings without allowing a score. Even though it is far from the record, it is still a notable achievement. He has a lot of ridiculous stats, but here is one that maybe hasn’t been shared yet. He has given up five hits this season only once. Every other start has been three hits or less. How do you bet against that?

Phillies vs Mets Betting tip: Fading deGrom is tempting, but if you are doing that you are more hoping more than wagering. The run line is the only way to play it, and yes you will have to hope the bullpen doesn’t blow it the way they did when they wasted 6 shutout innings against the Phillies on April 5.

The Nats have made themselves relevant in the NL East again. They start the weekend at .500 and are in second place. Two weeks ago Max Scherzer was a possible trade chip, but now he is looking as good as ever. Only twice all season has he given up more than two runs in a game. With the Nationals finally deciding to hit a little, he does not have to be as fine either. He has a lot of work to do to catch up to deGrom, but his ERA is lower right now than it was in any of his three Cy Young Award-winning seasons.

Miami is exactly what we thought they would be this season – a team that could pitch pretty well but would struggle to score. I do think we expected them to be a little better than 28th in scoring, however. And when you are down there, scoring under four runs per game, it is really hard to win, hence the last place position. There are lots of great pitchers taking the ball over the weekend, and Sandy Alcantara is one of them. He might not dominate, but he is second in the Majors in innings this season. That kind of reliability is just as valuable as ever. He gives them a shot every time out.

Nationals vs Marlins Betting Tip: Washington/Scherzer will help you sleep at night. You probably have to take them on the run line though. That might keep you up a little until you realize you are fading the Marlins.