MLB’s MVP races: Ohtani a standout in the AL; Acuna Jr. and Tatis Jr. battle it out in the NL 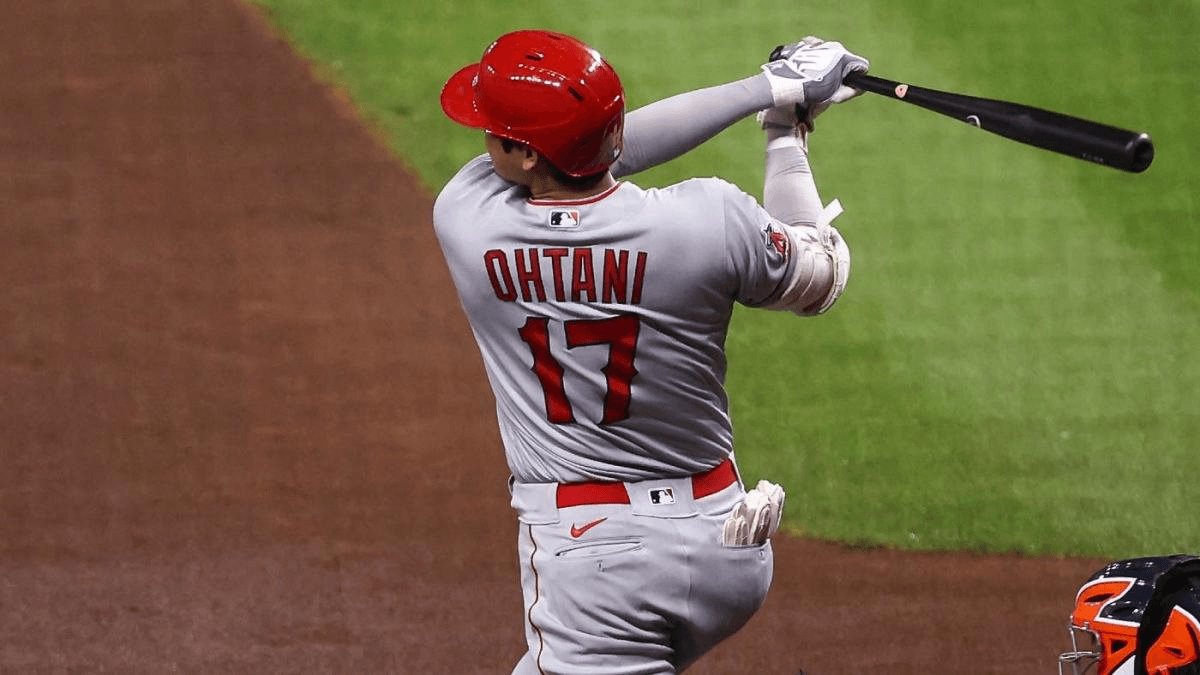 The respective MLB MVP races provide a stark contrast because one guy, Shohei Ohtani, is doing things not seen since a left-hander named Babe Ruth was flummoxing hitters.

Ohtani is the AL favorite and has only one serious rival at this early point in the season, but the National League race is more complicated.

All MLB MVP odds in this article are from FanDuel Sportsbook as of Wednesday, June 2 at 9:00 am ET.

With preseason favorite – and teammate — Mike Trout sidelined until at least July, Ohtani has emerged as the most likely MVP winner.

Oh, he also has seven stolen bases in ten attempts as well, and his 35 runs place him high on the AL leaderboard in that category.

The only hurdle that could come into play later this season: The Angels are not a good team right now, and further descent in the standings could scare off some MVP voters.

Guerrero began the season on a roll and hasn’t slowed much at all.

If we’re talking AL “best hitter” awards, Guerrero can’t be topped. Last night, he went 4 of 4 with a homer and three RBI, taking his season totals to 17 homers and 42 RBI.

And just as his father wasn’t just a power hitter, the younger Guerrero is not just about the long ball either. Guerrero, who just turned 22, carries a slash line of .337/.441/.663, and the latter two numbers lead the AL.

Were it not for the extended injury absence, Buxton could have been in the “two-month MVP” mix. He has some betting value if his backers believe the best is yet to come.

Both of these talented players would need sustained health and big-time team success to be considered serious MVP candidates.

Should Trout return by the All-Star break, he could make a late move. FanDuel has him at the same number as Judge.

Acuna and Tatis Lead the Line in NL MVP Race

Tatis was feared to have suffered a serious shoulder/arm injury in April but was able to return after a minimal stay on the IL.

The only MVP roadblock for Tatis is his defense, having already committed 14 errors after having only three in 57 games last season. If he and Acuna find themselves neck-and-neck, Acuna needs only to stay in the “average” defense range to have a leg up in the NL MVP race.

Tatis, like Guerrero, is only 22. Acuna is 23. Baseball’s future is in good hands.

Acuna leads the NL with 17 home runs after another blast last night against the Washington Nationals, and he’s on pace to steal at least 20 bases in 2021. Ever hear of the 50/20 club? Acuna could become the fifth member of the group, joining Alex Rodriguez, Ken Griffey Jr., Brady Anderson and Willie Mays.

Acuña has cut his strikeout rate to 20 percent, which is quite an accomplishment since it hit 29.7 percent last season.

Could deGrom Do the Cy Young/MVP Double?

The heavy favorite for the Cy Young, deGrom is dominating hitters at a level unseen since the 1960s. If the Mets continue to stay in contention for the NL East title, deGrom will be the primary reason. He has an 0.71 ERA through 51 innings, allowing only 22 hits while striking out 82.

After leading the NL with 13.8 strikeouts per nine innings last season, he’s rolling along at 14.5 this season. He’s untouchable and worth mentioning – even to those who believe pitchers have their own “most valuable” award already. He is currently +900 to win NL MVP, but continued excellence will shorten those odds. The last pitcher to win the Cy Young and MVP in the same season was Los Angeles Dodgers ace Clayton Kershaw, who did it in 2014.

His value is likely increasing on the lists of those voters who want to see the candidate playing for a winning team. The Cubs are doing just that, having moved into first place in the NL Central.

Castellanos is hitting at a likely unsustainable .361 average, but he’s hitting the ball hard – 12 home runs in only 48 games – and his 123 total bases is tops among NL hitters.

A small improvement in his defense has served to include him on the odds board among the contenders.