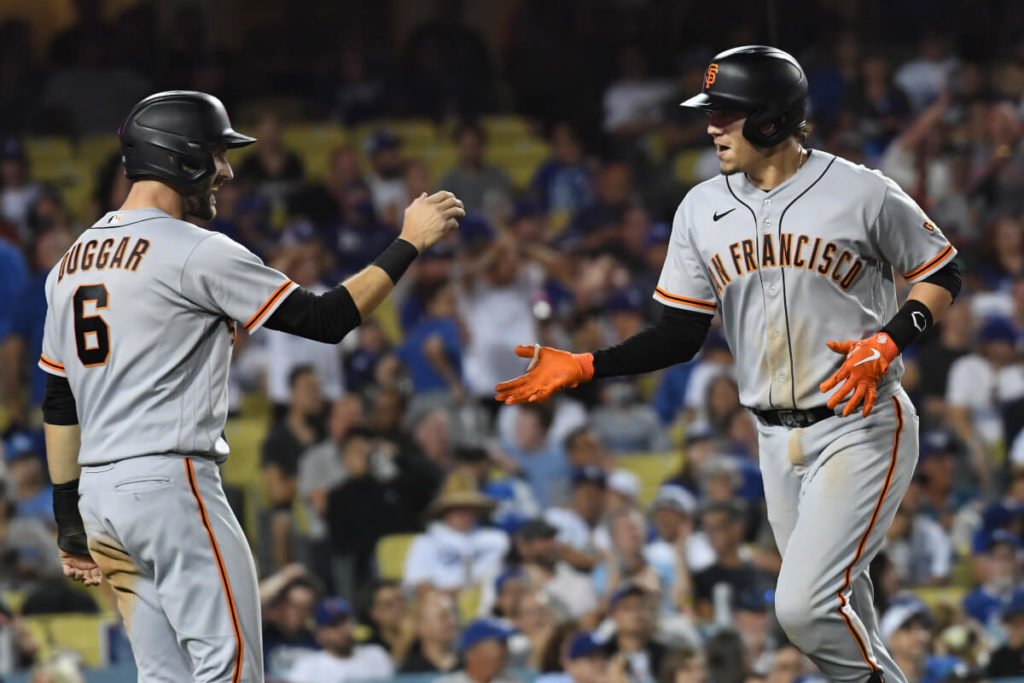 The 2021 MLB trade deadline, July 31, is rapidly approaching, and baseball futures bettors with an effective crystal ball can find options to profit from good guesses. Some teams, like the San Francisco Giants, New York Yankees, or Milwaukee Brewers, will certainly add quality arms and/or bats to their respective arsenals. Such moves will open the door to improved title chances.

Meanwhile, others will execute some self-inflicted damage very soon.

At both ends of the spectrum are possibilities for sports betting value.

We offer an overview of the American League and National League before revealing our best bet for divisional betting value today.

American League: The Central-leading White Sox and West-leading Astros are poised to complete their runaways in their respective divisions, with the East still in doubt among the Boston Red Sox (-110 per FanDuel), Tampa Bay Rays (+145) and New York Yankees (+900). The Yankees, if you’re a believer, provide the best divisional value.

National League: The Milwaukee Brewers figure to continue expanding their NL Central lead as the Cincinnati Reds languish around .500 and the Chicago Cubs are set to push the button on “sell” at the trading deadline.

The NL East-leading New York Mets have scored fewer runs than any division rival, which may not bode well for October. But they’re the most likely division winners – especially if Jacob deGrom is able to return soon. The Philadelphia Phillies appear to have too many holes right now, and it doesn’t help to see star right-hander Aaron Nola struggle so much lately.

All that leads to the best perceived value – before we know what will actually happen at the deadline – among the prices for MLB division champs.

The feel-good team of this season for many, the Giants were an afterthought in April. But as August nears, they are a real threat.

San Francisco continues to confound the doubters with each passing week. This week’s road series against the rival Dodgers was a potential bump in the road for the Giants. Instead they won three of four and leave L.A. with a three-game lead atop the division.

After last night’s 5-3 win, the Giants had a plus-125 run differential, second only in the NL to the Dodgers. And entering this weekend’s visit from the Pittsburgh Pirates, the Giants have played more road games (53) than home games (43).

More home cooking can only help their hopes and your chances of coming out a winner.

Shorthanded Dodgers still favored to win NL West, but for how long?

And it’s the Dodgers as perhaps the biggest reason for the Giants’ division-winning optimism.

The Dodgers are still listed as favorites to take the division, coming in at -220 at FanDuel Sportsbook. But they aren’t the overwhelming baseball machine many believed would run away with another World Series title.

The Dodgers once owned an undeniable advantage with its rotation of Trevor Bauer, Walker Buehler, Julio Urias and Clayton Kershaw. But the champs have seen injury (Kershaw) and legal trouble (Bauer) cause some attrition.

Who knows what will happen with Bauer? Even if he returns, he will need time to get back up to speed to contribute.

Kershaw, out since July 7 with a left forearm injury, won’t be back until sometime in August.

Dodgers manager Dave Roberts said the team would be careful.

“I think that this is something that once it kind of came about, it made sense to kind of take the time to cut some of the season off and save some bullets for the rest of the season and throughout the postseason,” Roberts said last week via MLB.com. “We feel good about it. I’m not sure exactly when he’s going to start playing catch again, but I feel good about the process.”

Kershaw not being rushed back during the regular season means good things for Giants regular-season investors.

Behind Buehler and Urías, the Dodgers are down to starting options David Price, rookie Josiah Gray and Tony Gonsolin.

In recent comments, Kershaw said: “I think everybody wants me to be back as fast as possible, but I also want to be as good as I can in October.” Those comments can only add to optimism about San Francisco’s NL West title hopes.

Gonsolin stumbled in his most recent try as a starter, while Gray allowed four runs in four innings in his.

Here’s the thing: The Dodgers want to repeat as World Series champions. To do that, they’ll need a full complement of starters and will likely employ a conservative approach to the Kershaw situation.

And that benefits the Giants’ regular-season division title hopes.

If the Dodgers are healthy at the end of September, they’ll take a second-place finish in the NL West; they have a stranglehold on a playoff spot.

Even after Thursday’s loss, the Dodgers (59-39) lead the 57-42 Padres for the first wild-card spot. But there are two wild-card berths, so a spot for L.A. is virtually assured. Only 49-47 Cincinnati had a record better than .500 among the teams behind the Dodgers and Padres.

That’s a lot of padding for L.A. to iron out its pitching problems.

That’s also a prime opportunity for the Giants to push down hard on the gas pedal.

Multiple outlets reported the team’s interest in bringing aboard bats and arms for the final two months of this season. San Francisco will be active at the deadline, and the team will be stronger on Aug. 1.

Giants president of baseball operations Farhan Zaidi and GM Scott Harris will prioritize arms, it appears. Bolstering the relief pitching looks to be a primary objective. But offense is certainly a secondary target.

A trio of bats heads the Giants’ reported wish list for offensive additions. Texas Rangers slugger Joey Gallo and Seattle Mariners star Mitch Haniger both have more than 20 homers already, while Florida Marlins outfielder Starling Marte brings average (.293) and speed (19 steals in 22 attempts). Haniger may not be an option, with the Mariners surprisingly still in the mix in the AL wild-card race. But that could change.

The potential arms on the wish list include relievers such as Amir Garrett of the Reds, Richard Rodriguez of the Pirates, and Taylor Rogers of the Twins. Starters in the mix could include Jose Berrios of the Twins, Zach Davies of the Cubs, and Danny Duffy of the Royals.

In any event, the Giants have a strong case to be the team investors should target right now.