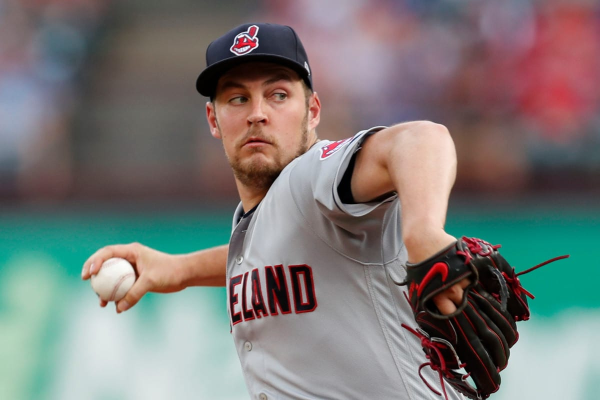 We have one of the first 15-game slates of the season, and that means we have a lot of things to look into. Pitching is king in MLB DFS, but I will hit on some nice stack opportunities as well.

My favorite raw points pitcher on the slate is Trevor Bauer. I think Bauer will be seen as the best pitcher on this slate come year’s end if he isn’t seen as that already. Snell really struggled against Kansas City in his return from injury, so there is simply no reason to go to Snell here. Gerrit Cole is a great pitcher that tends to make more mistakes than the ultra-elite, but he does have similar K-upside to the best of the best.

Minnesota is a solid offense with pretty good contact rate, but Cole still has clear upside here. I think that Cole’s upside isn’t worth the risk compared to Bauer. Bauer’s offseason study habits are incredibly impressive, and I suggest everyone reads about how Trevor Bauer constantly works to improve his game. This obsession with unique tools and their use in becoming a more complete pitcher has drastically improved Bauer’s game over the last few years, and I think he is one of the best pitchers because of it. Miami isn’t an elite-K matchup, but their lack of power and Bauer’s stuff makes this a great spot.

This second tier is really interesting because there are a lot of pros and cons for these pitchers. I love Luis Castillo, but I don’t think he is nearly as consistent as the guys above him, and he is too similar in price on most sites. Walker Buehler hasn’t been really sharp to start the year, but he is incredibly talented and has the best matchup in San Francisco. German Marquez is also incredibly talented, but he is in a much worse spot than Buehler, especially if Christian Yelich is back in the lineup.

Zack Greinke has been really consistent, and he has been really good recently, but I just don’t want to play Greinke. I can see him being a popular option tonight against an incredibly banged up Yankees team, but this team has still won 9 of their last 10. I’d avoid him if he is the chalk. Both Chris Paddack and Cole Hamels are in pretty bad spots. I would rank these guys like this: Buehler, Marquez, Castillo, Paddack, Greinke, Hamels

The bargain bin of pitching is really not very enticing today, and I have one guy that sticks out way above the others, and that is Griffin Canning making his major league debut. First of all, I have had incredible success over the last three years attacking new pitchers. Heck, a lot of really bad pitchers are good for their first few games in the league, and I think we see these guys often overperform early than the opposite. I have probably played more of these guys than about anyone in the industry, and I will not be stopping anytime soon.

Griffin is an elite prospect who has dominated at every level of the minor leagues, and now he gets a disappointing Blue Jays offense that ranks 22nd in WRC+ and now gets a negative park shift. I love Griffin here, especially on sites that he is WAYYYYY too cheap. I will have significant amounts even on DK, where he is much more expensive.

I am really curious to see how owned the Red Sox will be in this spot. Their offense has picked up recently, and they are facing a really bad pitcher. Brooks opened the season against Boston and threw six shutout innings, which may keep ownership down a bit. I think Brooks benefitted from this new face bump pitchers get in their first few starts, but Brooks is a really bad pitcher that I can’t even call a prospect.

The Cardinals face Anibal Sanchez in Washington tonight, and I really like this spot as I expect them to be relatively low-owned. Sanchez isn’t seen as a gas can, but I think he is trending that way. Sanchez has at least three runs in every start but one, and he has not missed many bats this season. The Nationals bullpen is one of the worst in baseball, which really gives more upside to this stack.

Clay Buchholz is really bad, and he will continue to be really bad. I think Mike Trout and the Angels are a great option on this slate.