I woke up this morning to find out that DH Nelson Cruz has been mercifully traded from the Minnesota Twins to Tampa Bay Rays. The Rays could definitely use the offense, and I always like to see teams make moves sooner than later. The trade deadline is just a week from today, and its influence is all over the game right now. Once the dust settles, we should expect to see MLB betting odds look a bit different than they do today.

Looking at this weekend we have a number of great series to watch, literally from coast to coast. The Yankees renewed their rivalry with Boston last night, and the A’s are looking to convince the Mariners they should start saving for a rainy day in Seattle. All of those teams could be very active leading up to the break, especially since Tampa has let its intentions be known in a very competitive American League.

While I am not the strongest proponent of interleague play, the best series of the weekend will be between the respective AL Central leading Chicago and NL Central leading Milwaukee. Could it be a possible pairing in the World Series?

These teams are not just in first place in their divisions, they also have the largest leads of any current division leaders. In the case of Chicago, it looks like they might win unopposed. But with Milwaukee, you never know, as the Brewers are streaky.

Milwaukee has a nice lead in the NL Central but at the same time, they do have some obvious needs. They could definitely use a consistent bat as they are still waiting on Christian Yelich and Keston Hiura to produce. On the mound, the Brewers are third in ERA. They can dominate any team from start to finish thanks to the likes of Brandon Woodruff, Freddy Peralta, Corbin Burnes, and Josh Hader. With the way that both teams pitch, runs will be at a premium this weekend.

I know another interleague game. This one has a couple of winning teams and a return home for Jays starter Steven Matz, so it caught my eye tonight.

With eight wins on the season, it looks like Matz is going to win more games this year for Toronto than he ever did for the Mets. Toronto’s lineup is loaded but sometimes that has not been enough. Their losses earlier this week in Boston are an example of that. The Jays actually have a better record on the road than at home(s) this season, going 26-22. This starts their last road trip before they begin playing in Toronto next week. I am expecting they will be active in trying to gather up some more arms.

The Mets are still in first place in the NL East. Nobody else seems to want to challenge them, so even though they are missing their best pitcher and position player, they are still in a great position. New York could really use some bats as they are third last in the league in scoring this season. Basically, no one in the lineup has been doing much with the bat, even the Polar Bear.

Blue Jays vs Mets Best Bet: Toronto ML (+100) – Matz should feel nice and comfortable tonight at Citi Field. I was surprised the Jays are the underdogs with that lineup against a rookie in Megill. Sure there might be an early familiarity advantage but the Jays lineup is so good, and deep, even with the pitcher coming to bat in the series. I am looking for the Jays to have a big series and it starts tonight.

Oakland is trying to catch Houston, Seattle is trying to catch Oakland. The A’s got what they wanted from the opener last night, winning 4-1. The A’s are a good team, but they are going to need some reinforcements if they are going to solidify a trip back to the playoffs. Third baseman Matt Chapman has been awful this season, so some offense would be the best thing for this team. Even if he rights himself in the second half they could still use more.

Seattle is the ultimate will they, won’t they team. And last night’s loss probably pushed them more to the latter. That is the smart way to play it. If they do make moves, it is more likely to impact their hitting than pitching, which has been better than expected. As long as that keeps up it might be more of a slow fade in Seattle, as opposed to a nosedive. Gilbert has been solid in his rookie campaign, and this will be his third start against the A’s in 12 overall starts.

A’s vs Mariners Best Bet: A’s ML – I am looking for this one to be priced about even. If that is the case the A’s are the play as I expect they will be the better team throughout. Seattle might just be hanging by a thread, and we want to take advantage of there being value in fading them when you can. Eventually, it will be gone.

The Padres are still in third place in the NL West, with their middling road record a big reason they are behind the Giants and Dodgers. They need to win more on the road and this series is a chance to do just that. They are the better team from top to bottom and it would not surprise to see them add somewhere. Maybe another bat because I am not sure what they would do with another pitcher. If they could get OF Joey Gallo? Wow! Yu Darvish has looked very good in the NL West and gives them a great chance each time out.

Miami might not be going anywhere in the standings, but an upset of the Padres to close the weekend is a real possibility with lefty Trevor Rogers on the hill. He has been their best starter this season. But will one of the league’s worst offenses be able to score enough to challenge the Padres?

Padres vs Marlins Best Bet: Padres ML – If you have to take the run line here that is no problem. I like the San Diego lineup a lot. The Padres might not light up Rogers, but once he is out of the game the fireworks could come. Look for Yu to give them seven strong innings and one of the best bullpens in the game to lock it down. 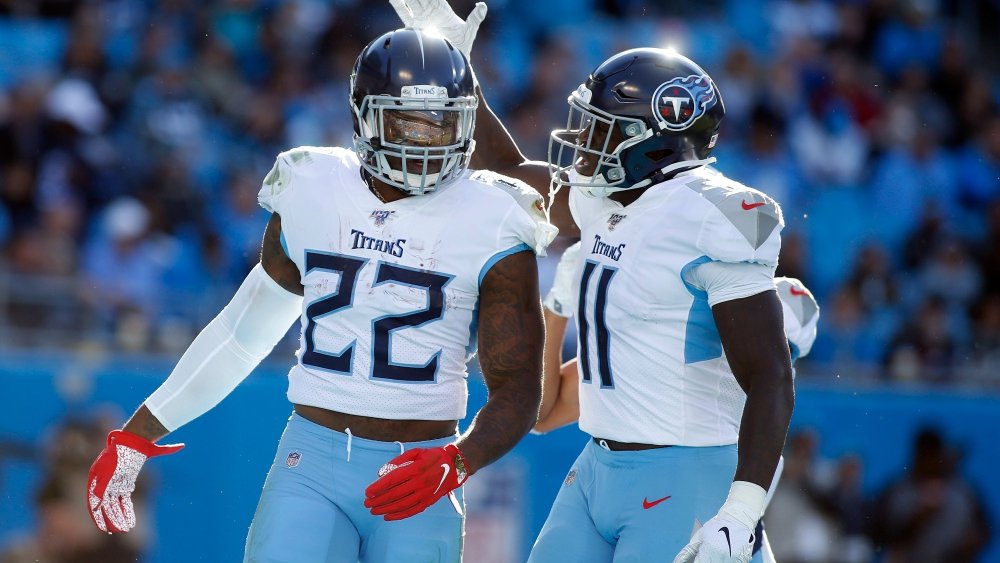 The Colts and Titans battled it out all season long for the AFC South title last season. A Titans win this afternoon would deal a big blow to 0-2 Indy’s hopes this season. Can they win with a banged-up Carson Wentz, or will Derrick Henry and the Titans blow them away?